It’s the new rage in this modern world and that goes for Sports too – an App on your telephone to put you through your paces and show you the best exercises for working out – the simpler the better.

It takes someone of International fame, like arguably the most recognisable rugby player on the continent, if not the planet, “Chabal” to take the concept to the next level and capture the imagination of communities – and it is to the Principality as well as France, for whom he played, that this sports hero has turned his energy and imagination.

Rugby players because they combine agility, speed, flexibility and explosive strength are ideal heroes on which to base a new community approach to a gym work-out. Monaco’s “smart-city” aura demands e-futuristic features, and why not. Go explore on the Rainier III Digue and discover an open-air futuristic gym. 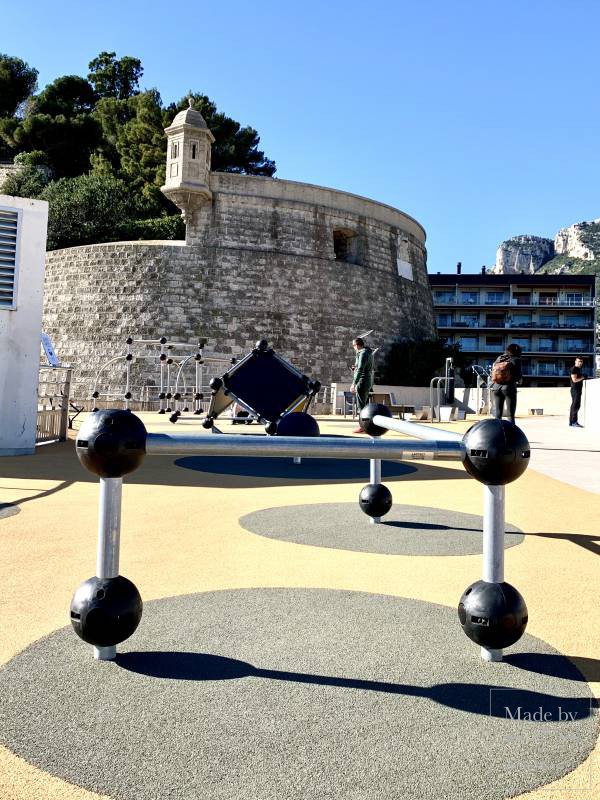 Unlike sophisticated but expensive Gyms with state of the art indoor equipment the international Rugby ace Chabal has taken to the streets and embraced the open air. In his case he was inspired by athletes he saw working out in Lyon but it’s the same in Venice Beach in California or in public parks and streets in any populous neighbourhood. There you will find great athletes who work out with nothing – metaphorically. What they do is take a bench, a set of steps, a railing, a pole or a wall and use it to do sit ups and jumping jacks and stretching, and nowadays TRX, you name it. If you have ever strolled regularly along Larvotto promenade you will have seen the same phenomenon.

Chabal has also borrowed from the experience with adventure playgrounds and outdoor jogging tracks to create a safe outdoor “parkour” with a elastic surface to site his specially designed urban-style exercise apparatus including a punchbag. 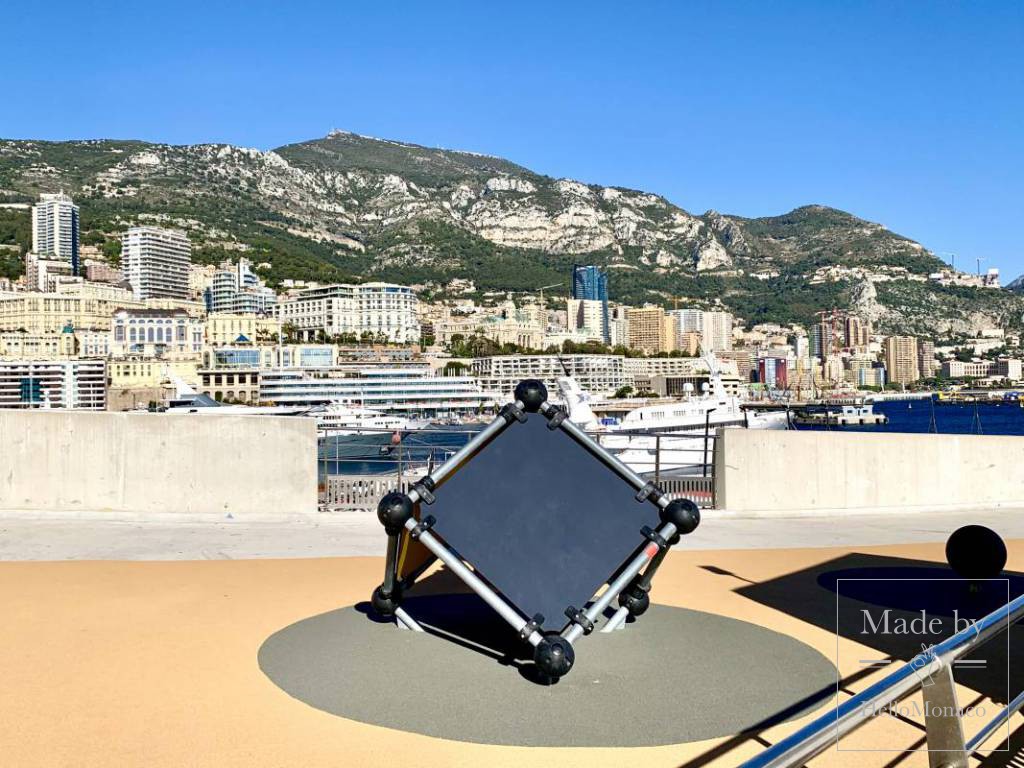 All that was then needed was a creative bridge that links the low-tech apparatus with the specially designed App called Monamove on your mobile phone – and that bridge was the addition of sensors. Sensors that will relay to your App what you are doing (with the help of codes you input); sometimes even analyse how you are doing it and record your progress. There is potential for ever more sophisticated analyses. And your App will show you what exercises to do and how to do them.

If it’s Monaco you can be sure the venture is also eco-responsible – so to the extent electricity is needed it will be solar-powered, using solar panels – and air quality sensors will reassure you you are breathing clean air. And if you must play with your App why not network with friends in other cities working out Chabal-style like you. 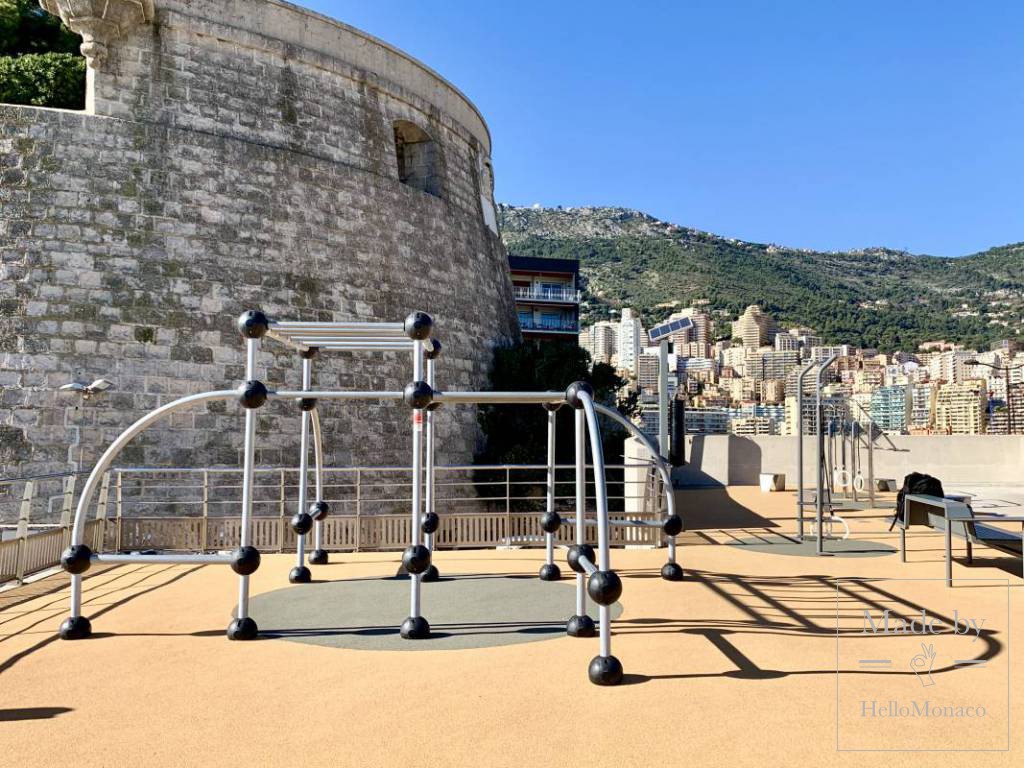 Sébastien Chabal has reached almost cult-hero status, first in the Rugby world and then as an international sports hero. And with his company Vivacity he has been helping create waves of enthusiasm for working out and having good clean fun – particularly in France. Chabal played rugby professionally for 16 years and won the English Rugby Premiership and the 2007 iconic rugby Six Nations Championship playing for his country France. He is known for his distinctive flowing wild beard, long hair and ferocious tackling. Fans lovingly nickname him “l’Homme des Cavernes” – the “Caveman”.

Caveman meets “smart city” in Monaco to the benefit of all the kids having fun working out with Monamove at the Digue at Rainier III – and work is in progress to soon have it in Fontvieille. It’s free, it’s fun and open to all from age 5. Don’t miss out.