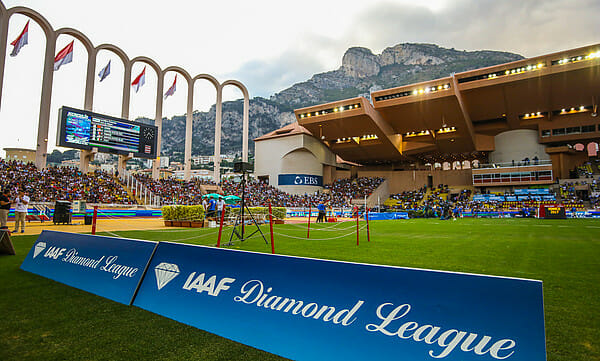 The Monegasque Federation of Athletics and its president S.A.S Prince Albert II of Monaco strive each year to present to its numerous spectators an enthusiastic evening and a high level sports show.

The first Monaco Herculis EBS meeting took place in 1987 in the newly constructed Stade Louis II. The Monegasque  Federation of Athletics’ goal to promote this sport is supported by the Prince who holds sporting values close to his heart and wishes to grant the Principality the status of a “sporting center of great importance”. Prince Albert himself chairs the MFA since its creation.

During the week preceding the meeting, numerous promotional and sports animations take place across the French Riviera. The most prominent animation is the Herculis Perche Tour. It consists in a demonstration of pole vaulting by accomplished athletes followed by the possibility for the public to participate and tryout pole vaulting. Moreover, the day of the Herculis meeting, the Louis II Stadium hosts 1000m races which are open to everyone – members and non-members from children to veterans. Finally, at the end of the Diamond League competition, music and fireworks light-up Louis II’s track.

On the 20th of July, 2018 at 7pm, the Stade Louis II will host the Herculis EBS Meeting, for a night of great show!