“Best of 75th” Anniversary Evening with the artist Richard LORD 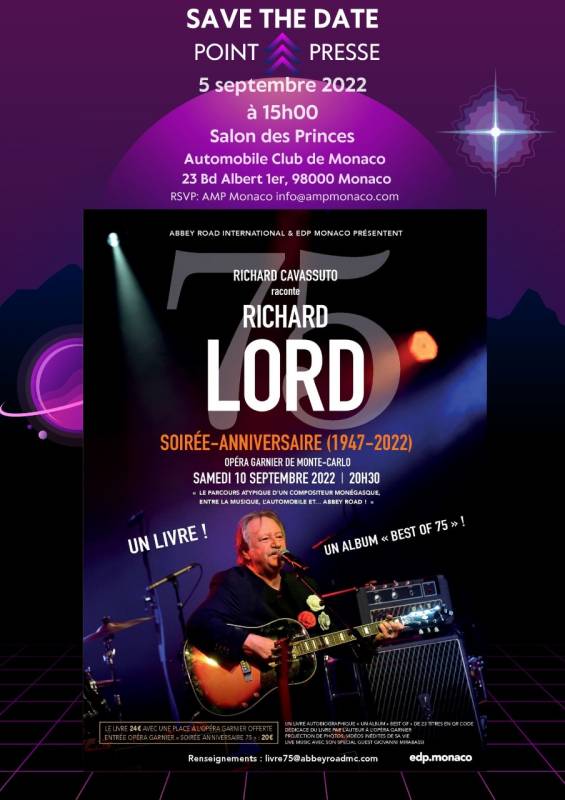 “Best of 75th” Anniversary Evening with the artist Richard LORD is organized on Friday September 10 at 8.30 p.m., in the Opéra Garnier.

This time, it will not be at Sporting, but in the superb hall of the Opéra Garnier in Monte-Carlo. It will not really be a concert, but the projection of unpublished photos and videos on Richard LORD’s musical and automotive life, from 1947 to the present day.

An original idea for the book “75”: Until September 10, the date of its official release, purchase of the book will be offered at the Opéra Garnier at the anniversary evening, with book signing by the author.