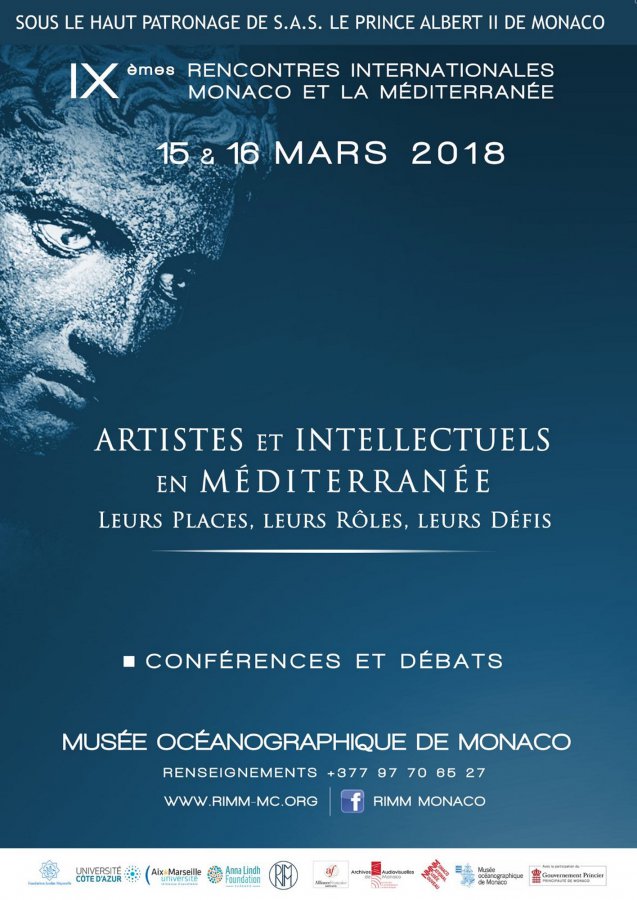 The Ninth International Monaco and the Mediterranean Meeting, held under the High Patronage of H.S.H. the Sovereign Prince, will take place on 15 & 16 March 2018 at the Oceanographic Museum on the theme of “Artists and Intellectuals in the Mediterranean – Their Place, their Roles and their Challenges.”  The aim of this international colloquium, which is open to the public, is two-fold – to recall the rich cultural history of the Mediterranean and highlight creators’ ability to find new ways to express the Mediterranean spirit.

These Meetings will include three round tables and a film screening

How, and by whom, was this idea created?  How has it changed and in which areas has it been disseminated?  How did we move away from the idea of a sunny Mediterranean to a tormented Mediterranean?

Finally, the closing evening will be devoted to a film screening in the presence of the director.