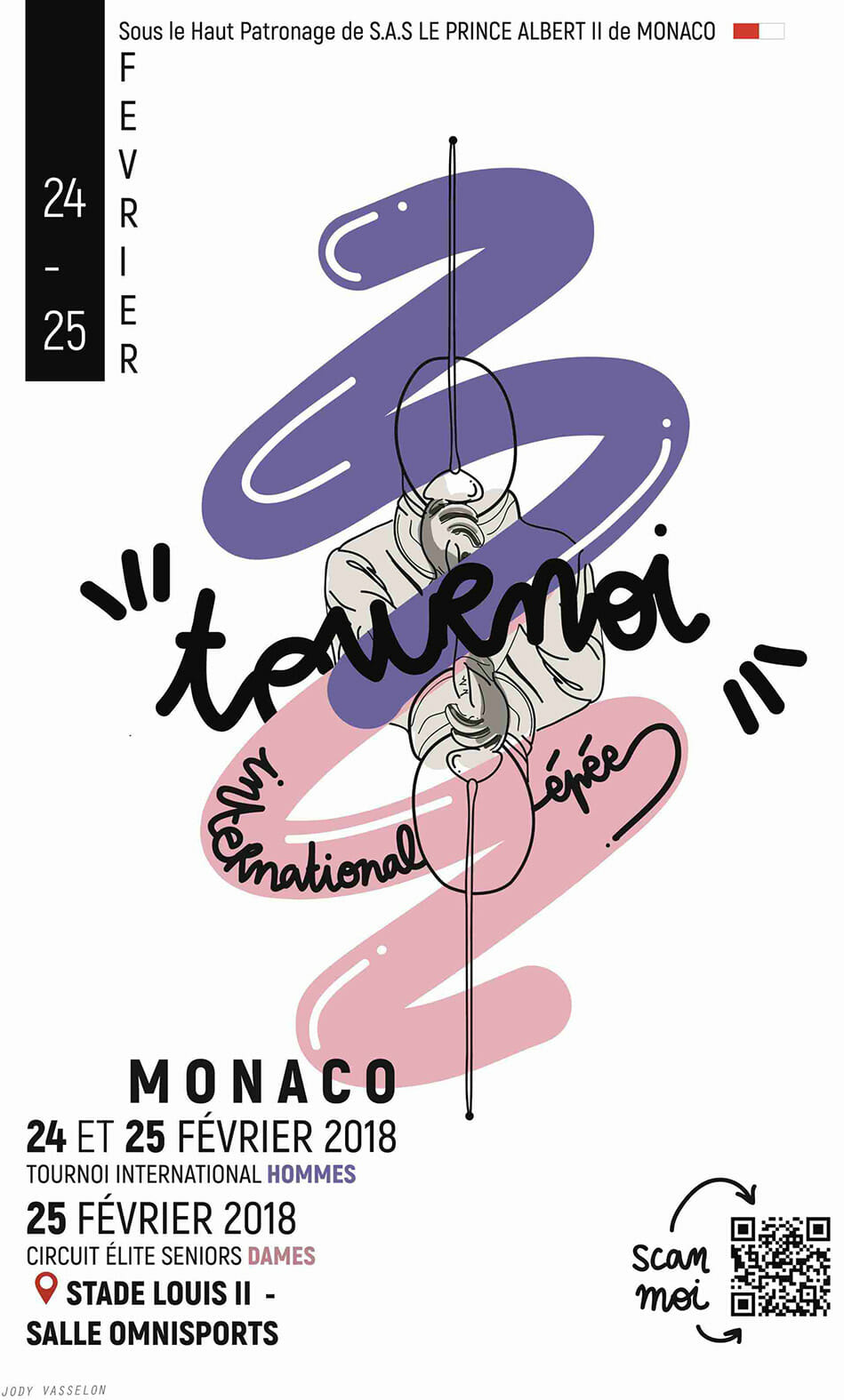 Organized under the High Patronage of HSH the Sovereign Prince, the International Fencing Tournament of Monaco will take place on February 24th and 25th at the Stade Louis II on 22 tracks devided between the Salle Omnisports Gaston Medecin (9 tracks), the Salle d’Armes Fernand Prat (5 tracks) and the Gymnase Scolaire (8 tracks).

On February 24th and 25th, the “Men’s International Tournament” will take place, on February 25th, the Elite Circuit of Senior Ladies’ Fencing. 170 athletes from France, Italy, Germany, Croatia, England, Switzerland and Monaco (110 ladies and 60 men) have already confirmed their participation.

The finals will start on February 25 from 4:30 pm in Salle Omnisports: among the awards that will be presented at the end of the competition, the coveted Cup of H.S.H. Prince Albert II of Monaco.