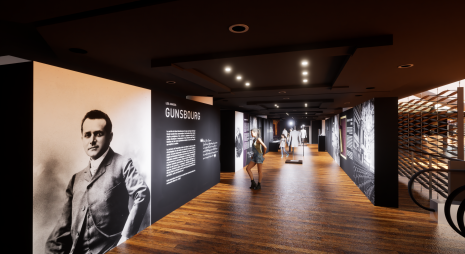 Raoul Gunsbourg exhibition to mark the centenary of the death of Albert I, organised by the Opéra de Monte-Carlo dedicated to Raoul Gunsbourg (1860-1955) from Monday 14 to Friday 27 November 2022, in the Grimaldi Forum Monaco – Salle Indigo.

If he is an emblematic figure of opera management, it is Raoul Gunsbourg. By his longevity (director of the Monte-Carlo Opera from his appointment by Prince Albert I in 1892 until 1951), his creative audacity (countless world premieres in Monte-Carlo, including L’Enfant et les sortilèges de Ravel, La Rondine de Puccini, Le Jongleur de Notre-Dame de Massenet, Hélène de Saint-Saëns, Pénélope de Fauré, etc.), her artistic flair to attract the greatest singers (Enrico Caruso, Féodor Chaliapine, Nelly Melba…), his crafty (dozens of anecdotes, most of them funny) until his end, a little sad (as he should be at the opera), we can consider him as an example if not a master.