Avid rugby enthusiast Princess Charlene took to the stage to present some awards during the 2022 World Rugby Awards ceremony, which took place at the Monte-Carlo Sporting Club on 20 November.

Prince Albert II, Princess Charlene and Princess Gabriella, who wore a rugby shirt for the occasion, attended the event. Princess Charlene presented the men’s Sevens Player of the Year award to Terry Kennedy from Ireland.

Prince Albert II awarded the three Prizes for Planetary Health to: Dr. Agnès Kalibata for her “Green Revolution in Africa”, Dame Jane Francis for her work as a polar scientist in Antarctica and ECOncrete for their concrete technology. During the opening speech, Prince Albert II expressed his admiration for the three 2022 winners for their commitment at a time when it is more necessary than ever to make the voices of those who want to protect the environment heard.

The evening included a round table discussion with the three award winners and Ellen Windemuth, founder of WaterBear Network. The discussion was moderated by Mairead Dundas, journalist at France 24. Participants shared their views and expertise on the environmental upheavals we face today and how we must respond to them. A short documentary film entitled ‘The Church Forests of Ethiopia’ produced by WaterBear, was presented to the public during the ceremony. 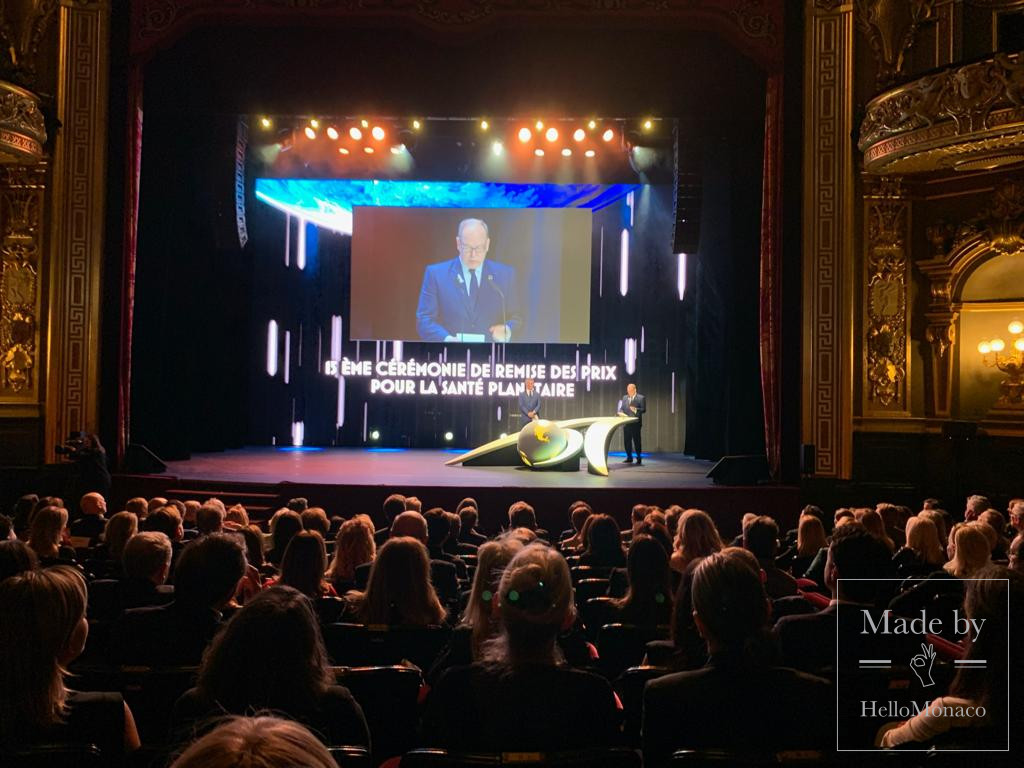 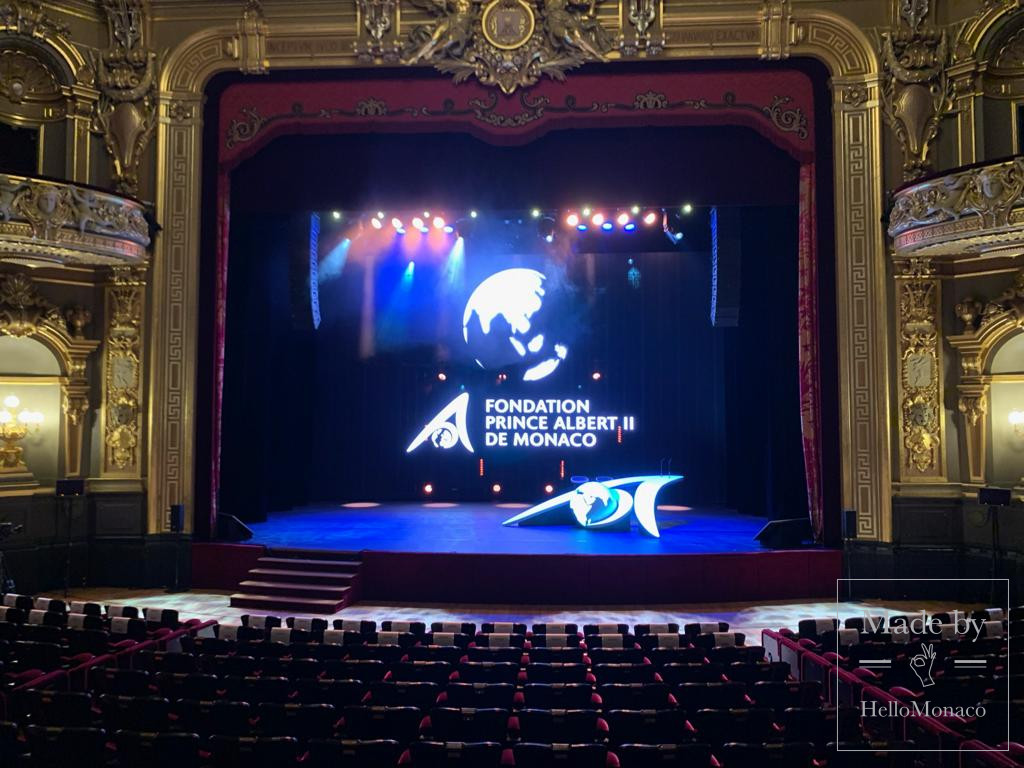 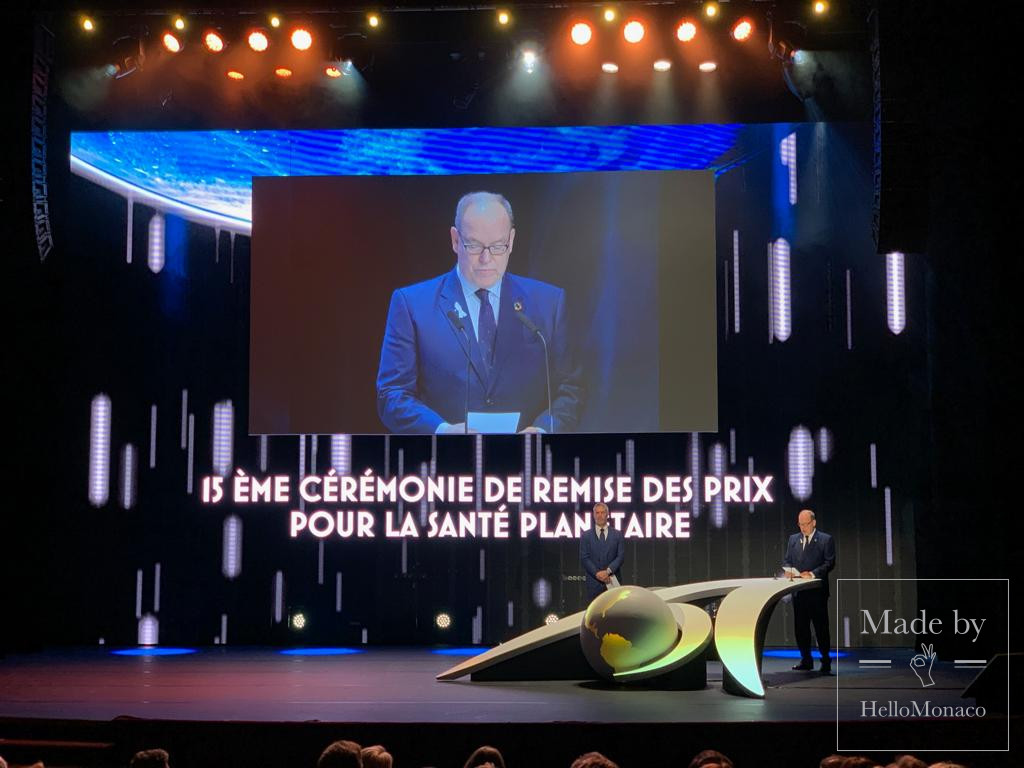 In an interview with Le Parisien about the Prince Albert II Foundation’s 15th award ceremony for Planetary Health, Prince Albert II reaffirmed the importance of a global and holistic approach to environmental issues within the same discussion space.

The Prince stated that he thinks it is absolutely necessary to link the issues of ‘climate’ and ‘biodiversity’ because the final result is the same. Instead of multiplying events around the world and COPs, leader, thinkers and the public should gather to discuss all these issues at the same time.

Mission to Antarctica with Prince Albert II of Monaco Foundation

The Prince Albert II of Monaco Foundation organized a conference to present the upcoming mission to the Concordia Antarctic Research Station for about one hundred students in the Principality on 22 November.

Justin Sargenti, a former student from Monaco, was chosen to set off to Antarctica for a project led by #FGWRS (Firmus Grey Water Recycling System), in collaboration with the French Polar Institute Paul-Émile Victor and the European Space Agency. The mission aims to optimize the grey water recycling technology at the Concordia station, which has been in use since 2005 and has saved nearly 5 million litres of water thus far. A new ultrafiltration membrane will be tested during this mission.

Swiss Ambassador Roberto Balzaretti recently embarked on his own personal “Tour de France” to highlight the links between the Switzerland and France. Dressed in suit and tie, the ambassador arrived in the Principality on his trusty bike on 23 November. His cycling tour of France began in the spring of 2022, is called “On the road with Switzerland” and includes 12 stages.

Roberto Balzaretti shared a moment with Prince Albert II before attending a symposium at the Scientific Centre on polar research between experts from Switzerland and Monaco to outline of a partnership for the 2030 Agenda. According to the Ambassador in a recent press interview, Monaco and Switzerland have a very strong convergence of values ​​and interests on environmental issues.

The “Pains et Torments” exhibition, devoted to civilian victims in the European conflicts of the 20th century, was inaugurated by Prince Albert II on 24 November. At the event, Jacques Wolzok was presented with the Academic Palms Officer Insignia by Laurent Stéfanini, French ambassador to Monaco.

The exhibition is accompanied by fifteen conferences, including one by Jacques Wolzok, who experienced World War II in Monaco as a little boy. The exhibition is part of the Prince Albert I centenary commemorations and runs until 9 December.

Prince Albert II inaugurated the new robotic navigation room for the treatment of heart arrhythmia disorders at the Princess Grace Hospital on 23 November. The state-of-the-art room was presented with the European Centre of Excellence label for the treatment of arterial hypertension.

During the inauguration, a simulation with a fake heart was installed to allow Prince Albert II to carry out an intervention. The treatment delivers energy through a catheter to specific areas of the heart using magnetic robotic magnetic navigation. To do this, two giant magnets located on each side of the operating table are controlled from a computer. The CHPG is the third location to have this equipment, along with Phoenix, USA and Finland.