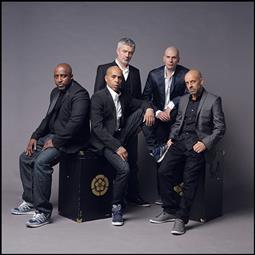 On 26 and 27 November 2019 at 8.30 pm, the Marseille group IAM will be performing live in concert at the Opéra de Monte-Carlo – Salle Garnier.

Marseille rappers IAM will be performing at the Salle Garnier, accompanied by the Monte-Carlo Philharmonic Orchestra, in a concert featuring new symphonic versions of cult hits from the album “l’École du Micro d’Argent”.

L’École du Micro d’Argent was released in 1997, and is a veritable monument of French rap. The group’s fourth album, it includes 16 tracks.

This will be an exceptional evening, bringing together two very different musical styles.