Lecture: “Yuzhniy Oleniy Ostrov, isle of mystery: a necropolis of the late Mesolithic in Karelia (Russia)” 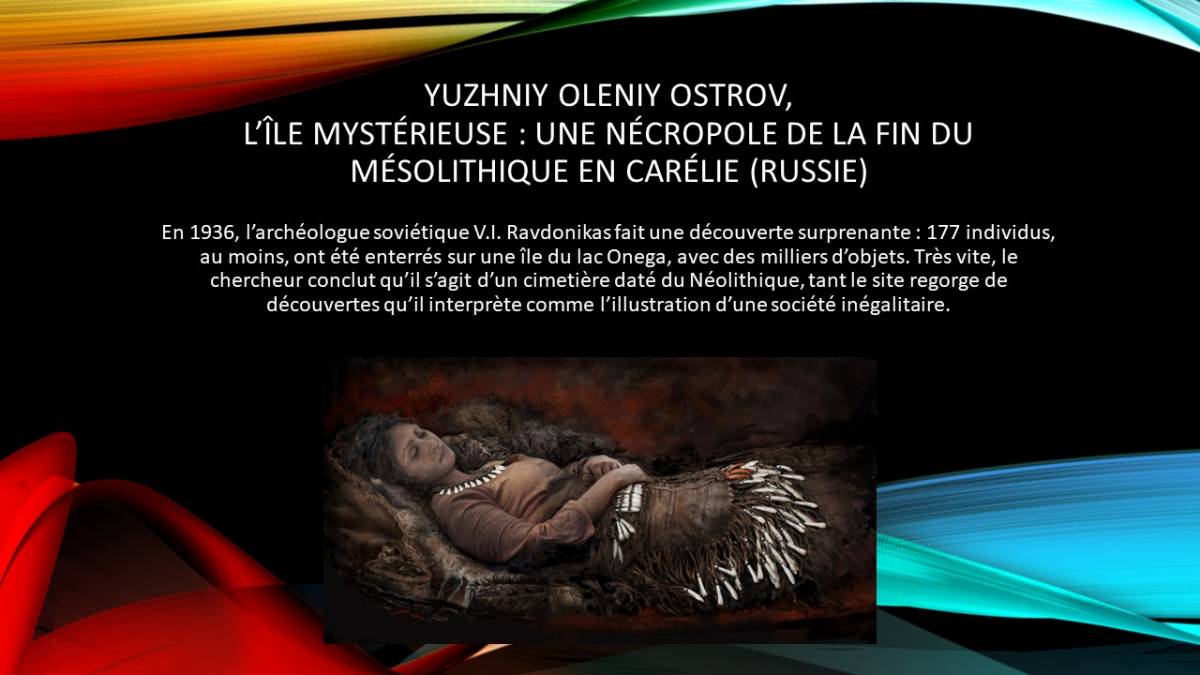 A lecture “Yuzhniy Oleniy Ostrov, isle of mystery: a necropolis of the late Mesolithic in Karelia (Russia)” by Julien TREUILLOT, teacher in charge of the Prehistory and Protohistory courses at the Faculty of Letters and Civilizations of Lyon will take place at the Museum of Prehistoric Anthropology on Monday 6 February 2023, at 6 pm.

In 1936, Soviet archaeologist V.I. Ravdonikas made a surprising discovery: at least 177 people were buried on an island in Lake Onega, along with thousands of objects. The scientist quickly concluded that the site was in fact a burial ground dating from the Neolithic period, and housed a multitude of discoveries that he interpreted as depicting an inegalitarian society. Years later, the site was dated. The people entombed at Yuzhniy Oleniy Ostrov lived in the Mesolithic period, and their unique rites suggested an unusual symbolic universe, which you are invited to explore in this lecture. Thanks to on-going excavations at the site, we will take a journey to visit the last communities of hunter-gatherers in northern Europe. Societies that were intimately connected to the forest and lake environments they inhabited and the animals they hunted there. The funereal story of the last Mesolithic people of central Russia is a gateway to exploring the link between them, their environment, and the teeming wildlife – particularly beavers and elk – that went with them to their graves. A way of passing “from one world to another, from the visible to the invisible!”