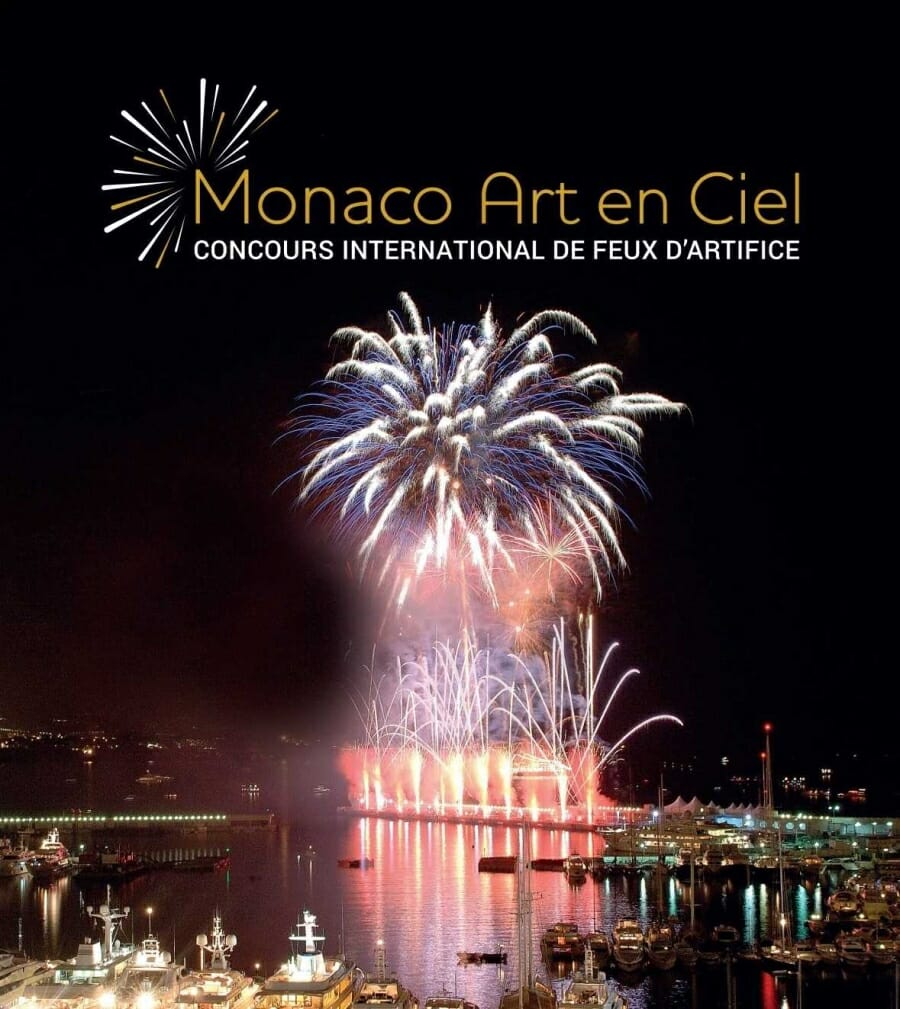 Today organised by the Espace Léo Ferré , the Monaco Fireworks Festival was originally founded in 1966, as part of celebrations to mark the Centenary of the Sovereign Ordinance creating the district of Monte-Carlo.

In 1996, the 31st edition of the Festival ushered in a new era as this pyrotechnical event became a pyromelodic competition, with each fireworks display being set to rhythm and music.

In 2018, the competition’s name was changed to Monaco Art en Ciel. The Municipal Council was keen to give a real new identity to this prestigious event with the new name evoking the colours that will light up the skies above Monaco this summer, with four high quality pyrotechnical displays.

The event is a genuine competition, the first of its kind on the French Riviera, which every year thrills spectators with pyrotechnical displays of the very highest standard. Of all the fireworks festivals in the world, Monte-Carlo’s is the only one to feature so many different competitors and nationalities.

The Jury, made up of members of the Muncipal Council and representatives from the art world and civil society, is chaired by the Mayor or one of his deputies. There is also a popular prize, awarded on the basis of an online vote.
Every five years, previous winners return to Monaco for the Winners Competition.