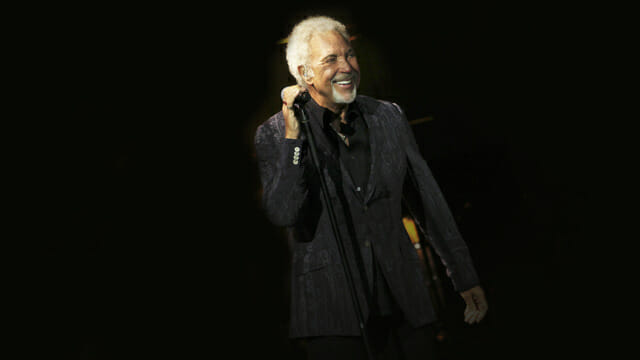 Tom Jones, the famous British crooner, will perform at Salle des Etoiles on July 28th 2018 as part of the Monte-Carlo Sporting Summer Festival!

Known to the younger generation, as “Jones The Voice”.  A well-liked coach on the UK version of the talent show, Tom Jones is above all one of the legendary artists who made pop music rise, with world hits like ‘What’s New Pussycat’, ‘It’s Not Unusual’, ‘Delilah’, ‘Kiss’ and ‘Sex Bomb’. His career, dotted with hits and triumphs on all of the world’s stages, spans five decades.

But at the age of 77, he is still a particularly creative artist. His last three albums, Praise & Blame (2010), Spirit In The Room (2012) and Long Lost Suitcase (2015), in which he revisits with his country rhythm and blues roots, were applauded by critics as being the best of his discography.

What a wonderful career for Thomas Jones Woodward, who left the small mining village of Pontypridd in Wales at 16 to become one of the greatest stars of the century! On stage, the performances of the Welsh legend are still as explosive as ever, and the Monte-Carlo Sporting Summer Festival, of which he is one of the unwavering pillars, is delighted to welcome him again, for a show that will spotlight his greatest successes.