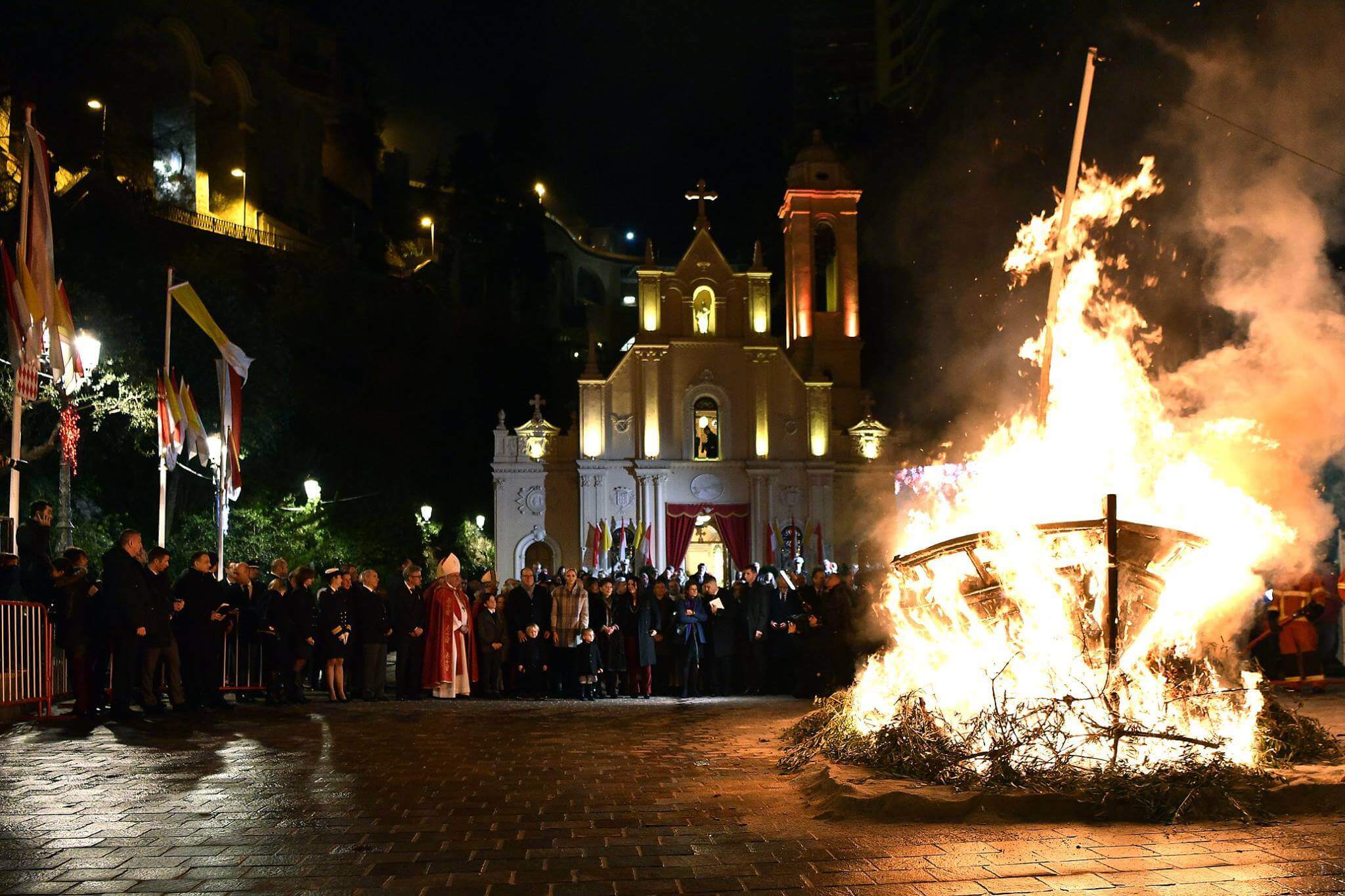 Afterwards, a symbolic boat is burned in memory of Saint Devota, by H.S.H. the Sovereign Prince and the Princely Family.
After the burning, there is a firework display at the Port of Monaco, organised by the Mayor of Monaco.

On the morning of 27 January, a Pontifical High Mass is celebrated at the Cathedral by Monsignor the Archbishop of Monaco, in the presence of the Sovereign Prince, followed by a solemn procession on the Rock (blessing of the Palace, the City and the Sea).

at 10:30 am, Sainte- Dévote Church
Celebrations for the Saint Devota Festival: Mass for the Traditions

at 6:40 pm, Port de Monaco
Celebrations for the Saint Devota Festival: Homage to Saint Devota – Arrival of the Symbolic Boat followed by the Procession of Saint Devota from the Avenue Président J.- F. Kennedy, at 6.45 pm

at 7 pm, Sainte- Dévote Church
Celebrations for the Saint Devota Festival: Benediction of the Blessed Sacrament followed by the burning of the Symbolic Boat in front of the Eglise Sainte-Dévote, at 7.30 pm. Fireworks

at 9:50 am, Monaco Cathedral
Celebrations for the Saint Devota Festival: Welcoming of the Relics by the Members of the Clergy and of the Vénérable Archiconfrérie de la Miséricorde (Venerable Brotherhood of Mercy) followed by the Pontifical Mass, at 10 am and by a Procession in the streets of Monaco-Ville at 11:15 am.