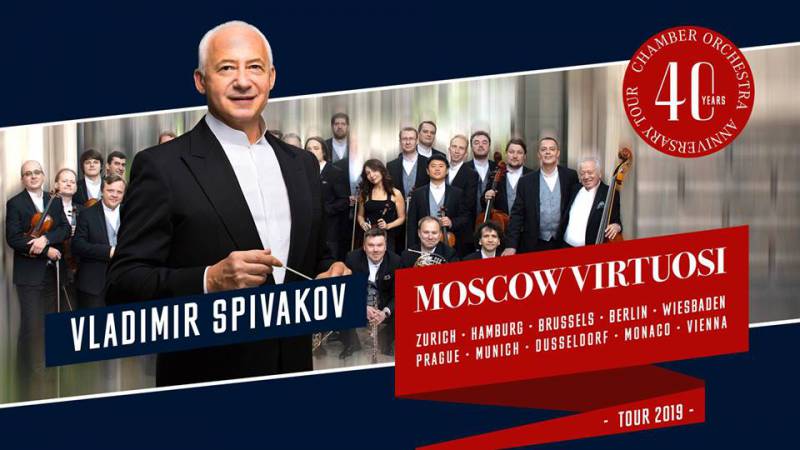 European tour of the incomparable violinist and conductor Vladimir Spivakov with his famous Moscow Chamber Orchestra!

The tour dedicated to the 40th anniversary of the founding of the orchestra will be one of the highlights of the season. The program will feature works by Luigi Boccherini, Wolfgang Amadeus Mozart, Astor Piazzolla and others. The maestro’s series of concerts will be held in several European cities: Zurich, Hamburg, Brussels, Berlin, Wiesbaden, Prague, Munich, Düsseldorf, Monaco and Vienna.

Vladimir Spivakov is a UNESCO World Artist, President of the Moscow International House of Music, founder, artistic director and conductor of the National Philharmonic Orchestra of Russia and the Moscow Virtuosi Chamber Orchestra.