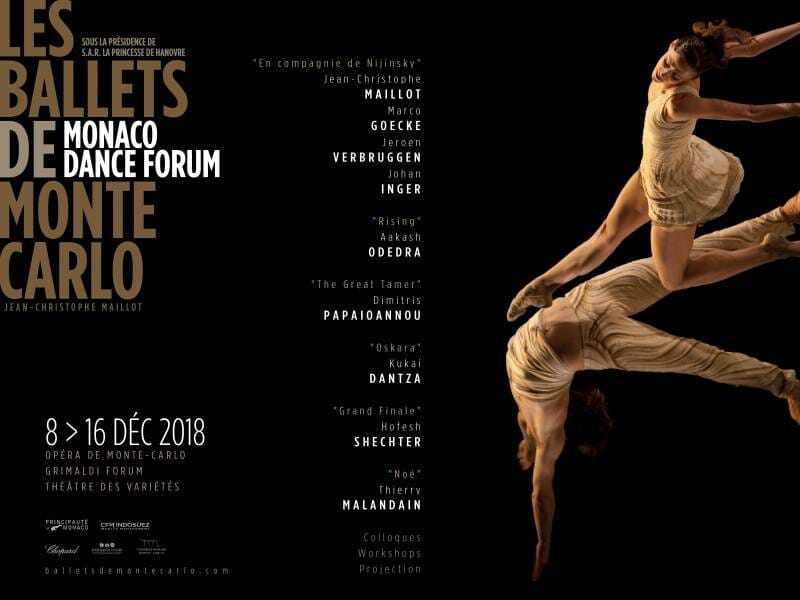 The Monaco Dance Forum Festival is from 8 to 16 December in Monaco.

As always, several parallel events will enrich the program: a symposium organized with the School of Fine Arts of Monaco, a projection of the film On the Wings of Dance organized in collaboration with the Audiovisual Archives of Monaco, Workshops allowing to discover the world of guest choreographers as well as works by the Ballets de Monte-Carlo educational unit.

In 1998, HSH the Princess of Hanover, Stéphane Martin and Jean-Christophe Maillot, decided to create a space dedicated to artistic expression and exchange for members of the public and dance professionals alike. Their goal was to hone the Principality’s image as a centre for contemporary art open to outside influences, as well as to promote a profession, defend a calling and revitalise the dance scene.