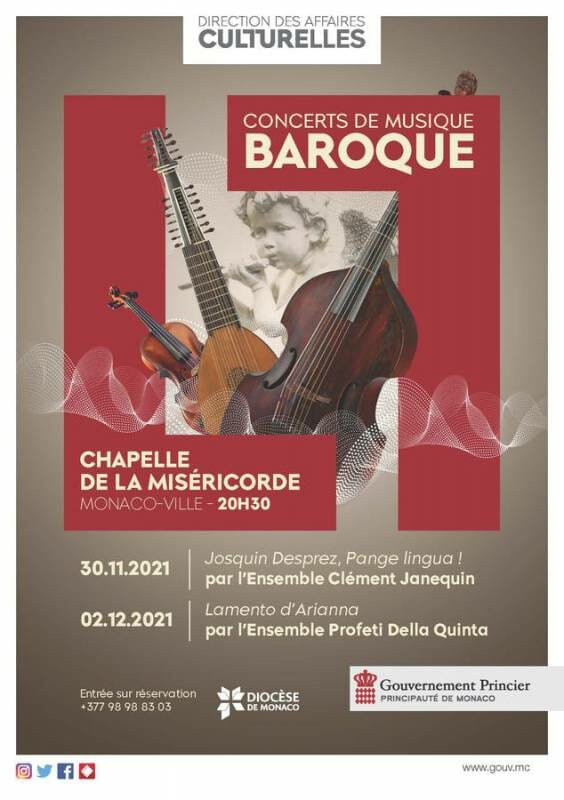 Department of Cultural Affairs presents two concerts of baroque music at Chapel of Mercy for the first time this year – Tuesday 30 November and Thursday 2 December, 8.30 pm.

By the Ensemble Clément Janequin

2021 marks the commemoration of 500 years since the death of Josquin Desprez, the iconic Renaissance composer who contributed to the flourishing of music during this period, breathing new life into polyphony. To celebrate this anniversary, the Ensemble Clément Janequin is putting on a programme comprising the famous Missa Pange Lingua interspersed with extracts of its recording of Tylman Susato’s Septiesme Livre de Chansons (1545). The recording and the programme highlight the diversity of Josquin’s chansons, as well as the melancholy, despair and regret that are so often part of his work.Founded in Paris in 1978, the Ensemble Clément Janequin focuses primarily on the secular and religious music of the Renaissance, from Josquin to Monteverdi. The group’s performance of sixteenth-century Parisian chanson has helped to revive interest in one of the golden ages in the history of French music. The Ensemble Clément Janequin also performs contemporary music and presents programmes spanning the Renaissance period to the modern day.

By the Ensemble Profeti della Quinta

This programme transports listeners to Italy, to the era of the madrigal, one of the most significant genres of secular vocal music of the sixteenth and early seventeenth centuries. The madrigal offered Renaissance composers a new way to express poetry and the emotions it evokes through music, a practice introduced by Cipriano de Rore (1515–1565) and later known as seconda prattica. This paved the way for the development of a new musical language and the first operas, which could already be seen in some compositions by Claudio Monteverdi (1567–1643).

The Ensemble Profeti Della Quinta was founded in Galilee, Israel, by singer and harpsichordist Elam Rotem. Today, the group is based in Basel, Switzerland, where its members completed a course of study in early music at the Schola Cantorum Basiliensis. In focusing on a repertoire from the sixteenth and seventeenth centuries, the ensemble aims to create vivid and expressive performances of the music of yesterday for the audiences of today.