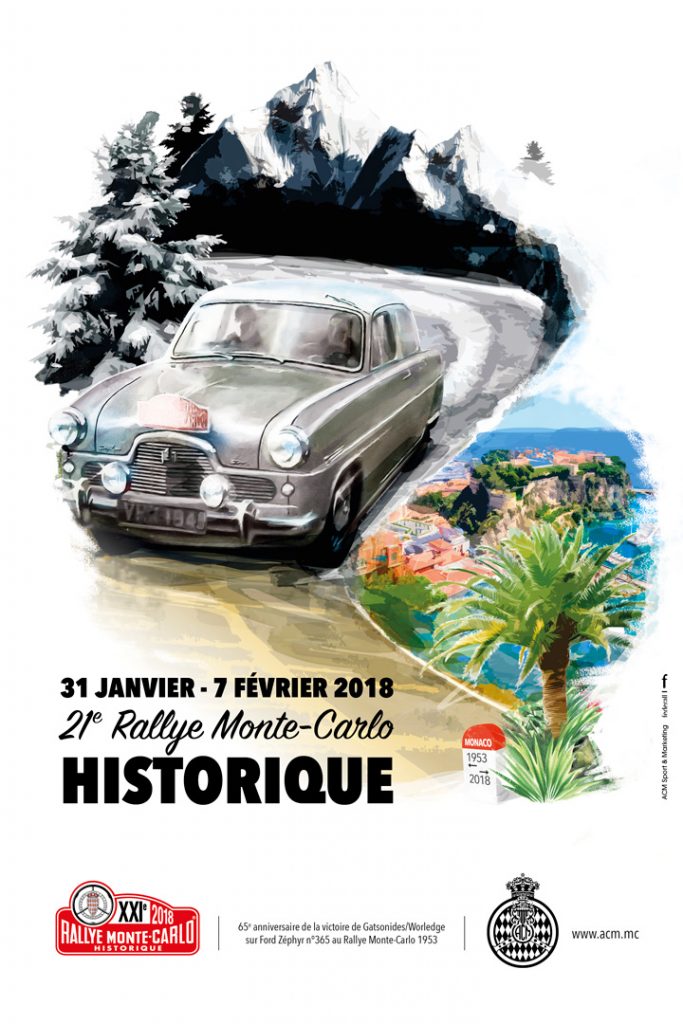 Three days only after the arrival of the 86th Monte-Carlo Rally, crews entered in the 21th Rallye Monte-Carlo Historique will also have to face a demanding route. The main feature will be a selection of Regularity Zones (ZRs) already used in previous editions of this prestigious event. The next one will mark the 65th anniversary of the win by Ford Zephyr N°365 driven by Maurice Gatsonides-Peter Worledge in 1953. And this 2018 edition will be even more exciting, thanks to the endless motivation of the Organizing Committee at Automobile Club de Monaco (ACM). The succession of Michel Decremer and Yannick Albert, the winning crew in 2017 aboard an Opel Ascona 2000, is now open…

As always, Rallye Monte-Carlo Historique can only accept cars which participated to Monte-Carlo Rally between 1955 and 1980. And in order to allow all crews a chance to finish in a decent position, they have a choice between three averages to respect during the whole race.

For more information visit the web-site of the Automobile Club of Monaco.