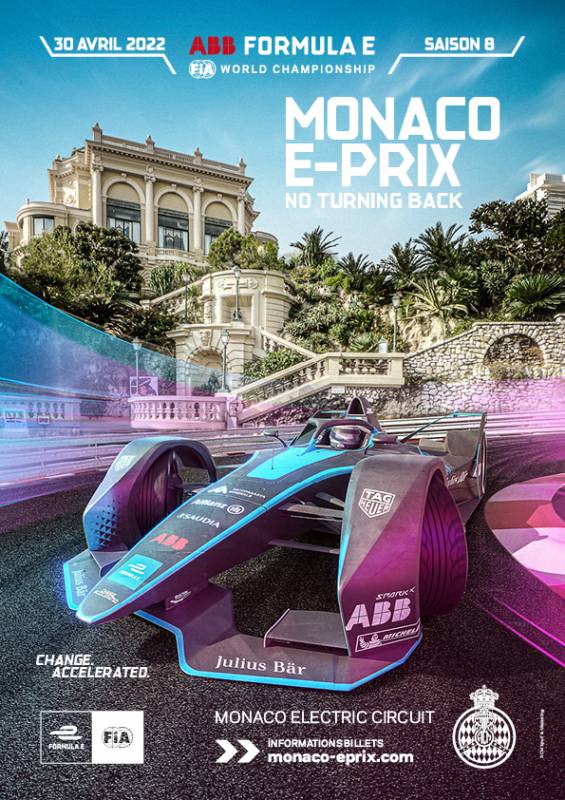 The Monaco E-Prix on April 30 in the Principality is moving from a biannual to an annual event following 2021 June’s decisions from the FIA World Motor Sport Council. The Monegasque week-end will constitute the 8th round of the 2022 ABB Formula E World Championship. The Formula E cars will follow in 2022 for the second consecutive year on the full Monaco Circuit, generated by the technical progress thus made by the discipline since its creation less than 10 years ago. Following Formula E’s first visit back in 2015, the new FIA World Championship series now makes its fifth visit to the legendary Monegasque roads.