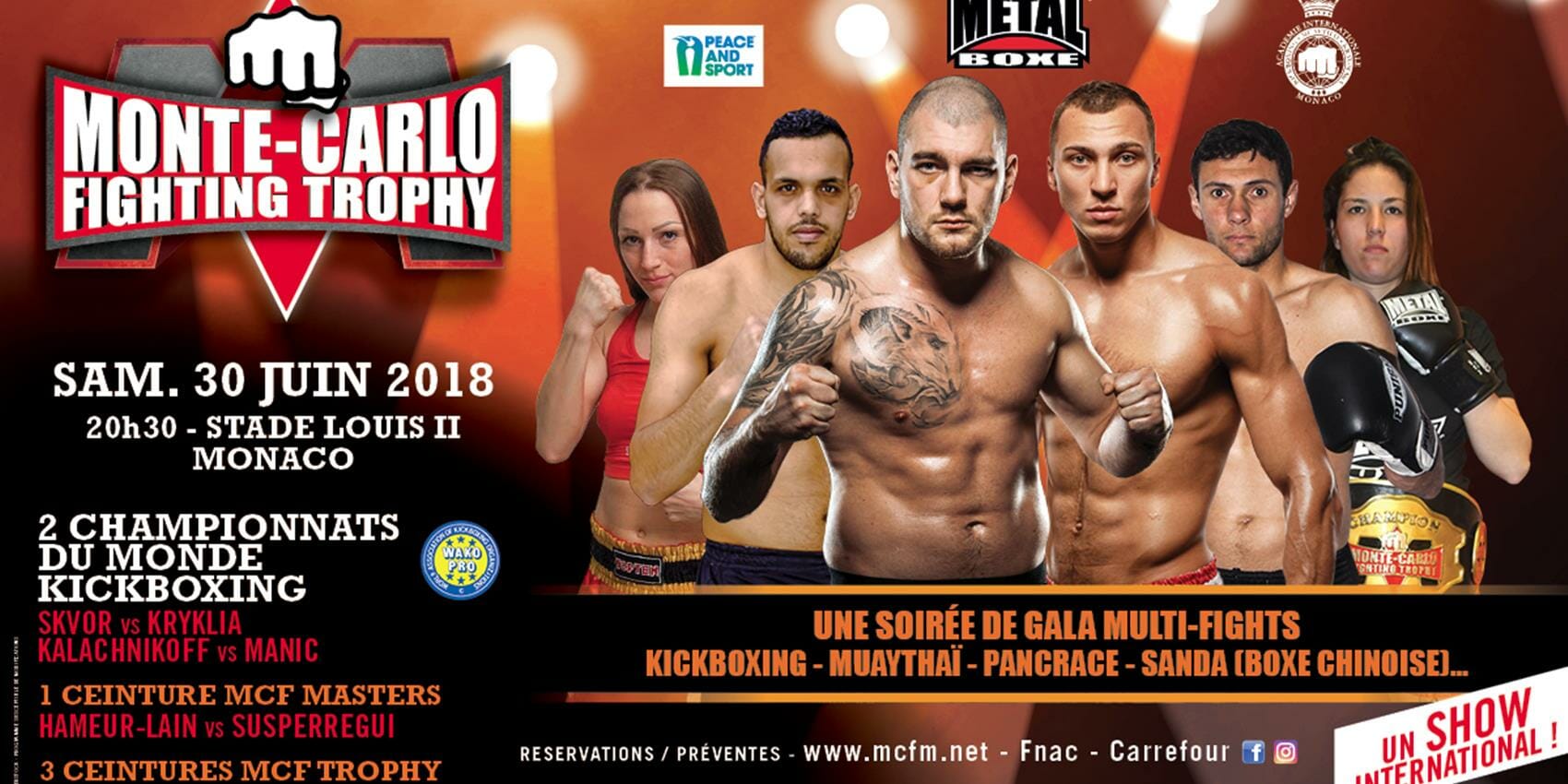 The Principality, which has organised no less than twenty-one Kickboxing World Championships, has been named World Kickboxing Capital for the past five years by the “Wako Pro-World Association of Kickboxing Organisations,” the world benchmark organisation in this field.

Like previous events, the Monte-Carlo Fighting Masters and Trophy, which is among the most prestigious international combat sports galas, will offer an unprecedented multi-fights evening, comprised of six Kickboxing fights (K1-Rules), Muay Thai, Pankration and Wushu Sanda (Chinese Boxing), within a framework of strict sporting rules and ethical values.

This event will be presented as an international sound and light show, featuring the sublime dancers from Mc Performers, and, as a bonus, a wrestling match in which Tom La Ruffa ,”the Spartan of the Ring,” will participate.