APRIL6, International Day of Sport for Development and Peace 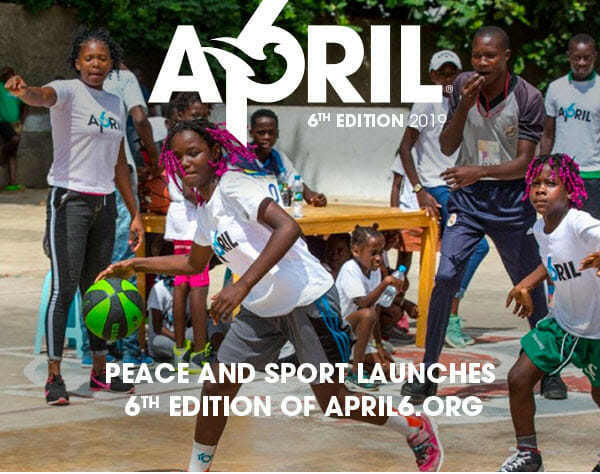 April6 was declared the International Day of Sport for Development and Peace (IDSDP) by the United Nations General Assembly in 2013 with the support of the International Olympic Committee, and has been celebrated each year ever since 2014.

This day has grown in awareness and success and has become one of Peace and Sport’s major record-breaking celebrations. Each year, more than 850 worldwide events are registered on thewww.april6.org platform.

To celebrate 6 April, Peace and Sport invites you to rally around the symbol of a #WhiteCard as a sign of your commitment to peace efforts worldwide.