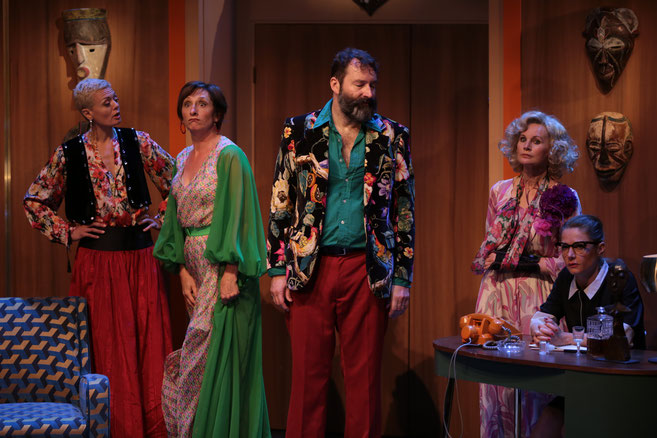 Believing himself a widower after his wife apparently perished in a fire in Latin America, Jean-Pierre Walter marries her younger sister. Twenty years later, the wife he had thought dead returns, inevitably throwing the new household into turmoil.

Urged by the two women to say which of them he wants to keep, he procrastinates so as to be able to tell his mistress, the Duchess Christine: “At last, they are gone. I’d been dreaming of it for weeks. I’m finally alone, and already I’m asking – with whom?” One husband, two wives, and one Russian mistress make for a quirky take on the Vaudeville love triangle in this play by Sacha Guitry!