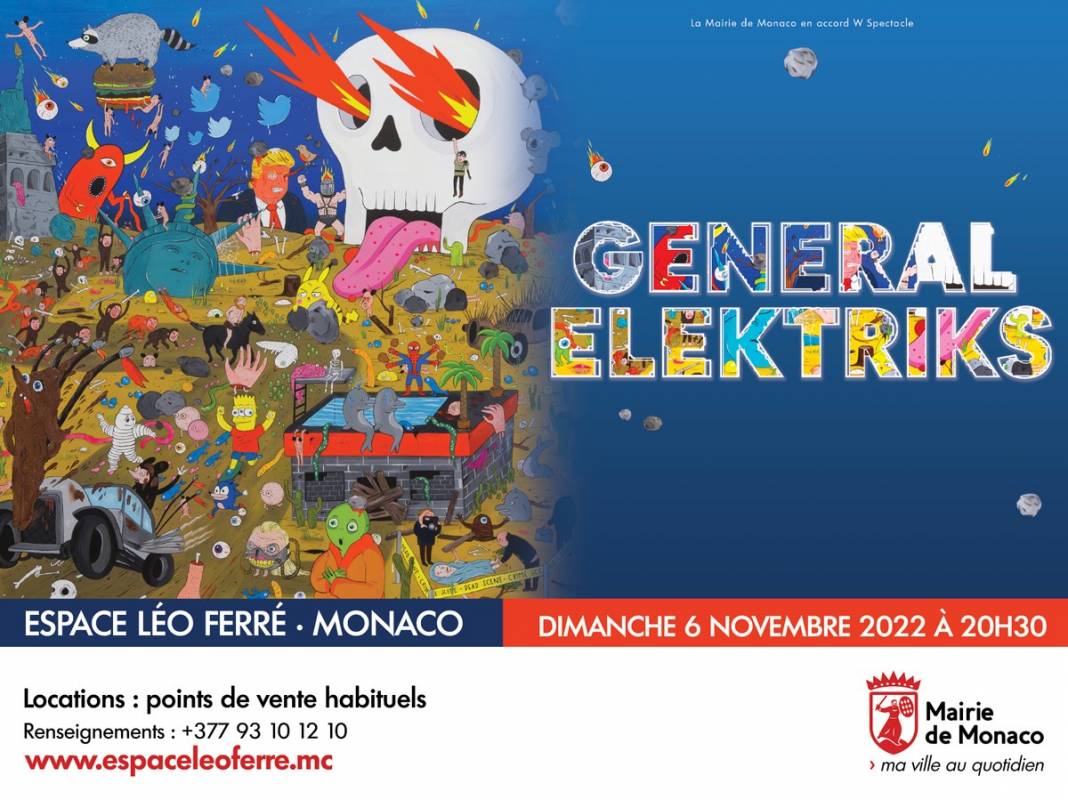 After a tour that included 200 performances in France, it was Monaco’s turn to welcome Hervé Selters, aka General Elektriks, on Sunday November 6th at a funk, pop and electro concert.

On this final date of the tour, Selters will be joined by a number of artists who have collaborated with him on his 6th album, including American rapper Lateef the Truthspeaker, French-Greek actress Ariane Labed, Brazilian singer Céu, rapper Quelle Chris and guitarist Jeff parker.