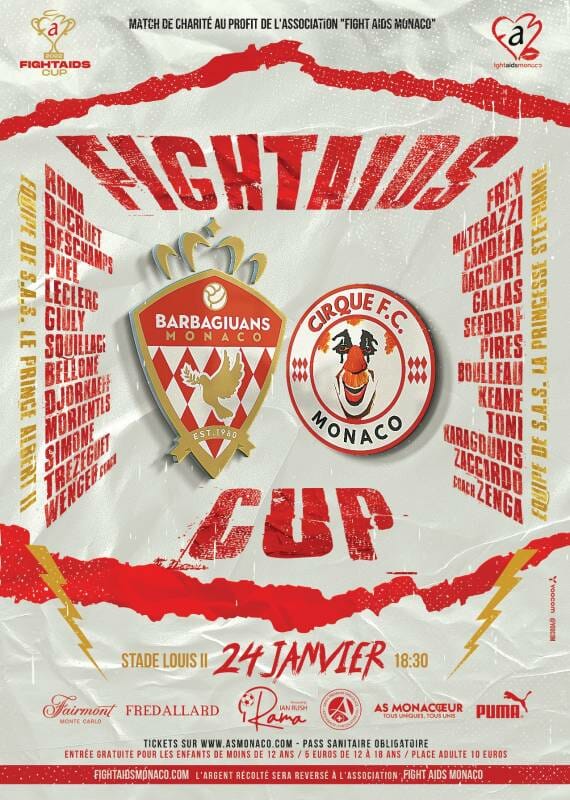 The FIGHT AIDS CUP is back ! On January 24, at 6.30 p.m., the Louis II Stadium will be the scene, for the second time, of a charity match between the team of Prince Albert II, the “Barbagiuans”, against that of Princess Stéphanie, the Circus FC. A meeting which will be in aid of the association fighting against HIV, FIGHT AIDS Monaco.

Building on the success of the first edition two years ago, the organizers decided to ride the wave to definitely make this event a must in the Monegasque sporting landscape. And for good reason… the various personalities of the round ball, which will again constitute (in large part) the two formations this year, should largely satisfy the public present to attend this beautiful meeting.