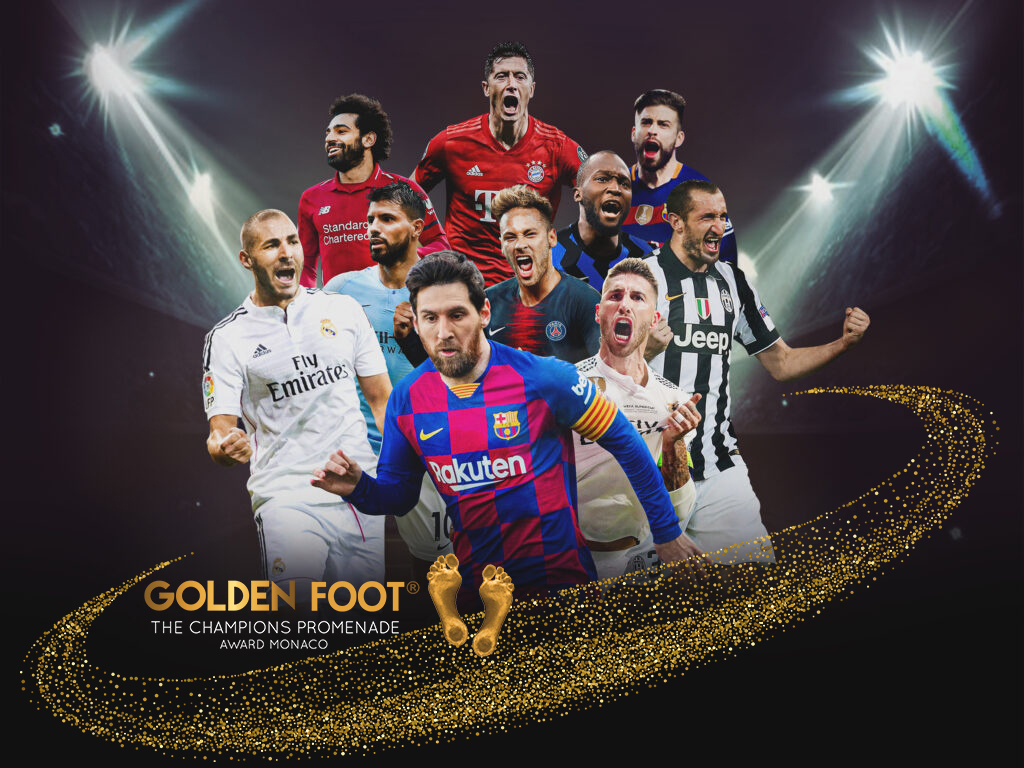 The Awards Ceremony and the laying of footprints of the 19th Golden Foot Award will take place on the 29th November 2021 in the Principality of Monaco, on the occasion of the prestigious Champion’s Gala at the Fairmont Monte-Carlo.

In addition, the Golden Foot Legend Award will be given to some unforgettable champions of the past and the Golden Foot Prestige, established in 2020, reserved exclusively to a club president in activity, who stood out for the results achieved by his team.

The Golden Foot Award, conceived and organized by the World Champions Club in the Principality of Monaco, was born in 2003 and since its first edition it has been under the High Patronage of H.S.H. Prince Albert II of Monaco.

The Golden Foot Award can be awarded only to footballers in activity, having turned 28. It is the unique prize worldwide which can be given a player only once in his career and the recognition that opens doors of the famous Champions’ Promenade in the Principality of Monaco, the only place in the world where all the footprints of those champions who wrote “the history of football” are collected.