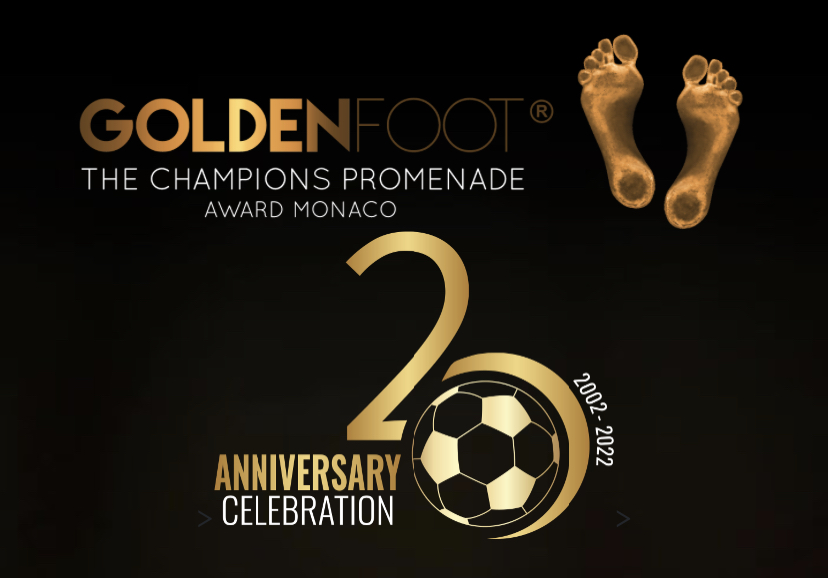 Welcome to the 20th Anniversary of the Golden Foot Monaco Award organized under the High Patronage of H.S.H. Prince Albert II of Monaco who will present the prizes (awarded by category) and also award the Golden Foot Award on Wednesday, 21st December at 7pm in the Grimaldi Forum Monaco.

The Golden Foot award, launched by Antonio Caliendo, is an international career award only for at least 29-year-old football players, who stand out for their sport results (both as single players and with their team), for their personality and for the esteem of the public and football experts. The peculiarity of this award is that the winner leaves a permanent mould of his footprints on “The Champions Promenade”, a “Walk of Fame” of the international football on the seafront of the Principality of Monaco. Therefore, a football player can win the Golden Foot award only once.