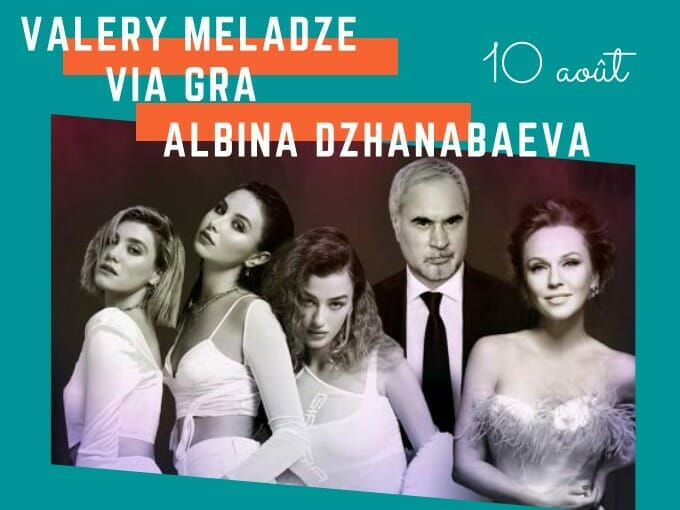 He is one of the most recognizable voices of his time. Valery Meladze is a pop and contemporary music singer from Russia and Georgia. His concerts are always sold-out and the singer embarks his fans on a musical journey through time with his greatest hits.

In just a few short years, Via Gra has grown into a Russian pop music group that holds sway in an industry where competition is fierce. The Ukrainian group formed in Kiev in 2000 is made up of Alyona Vinnitskaya, Vera Brezhneva and Anna Sedokova. Natives of Ukraine, the three bombshells make themselves known through singles, compilations and videos. After the solo careers of the three singers, the group will reform for an evening at the Monte-Carlo Sporting Summer Festival.

As for Albina Dzhanabaeva, she is omnipresent! Actress, host, singer; she is one of the most famous Russian icons. After starting her career with Valery Meladze as a chorister, she then went solo where she was very successful in Ukraine and Russia.