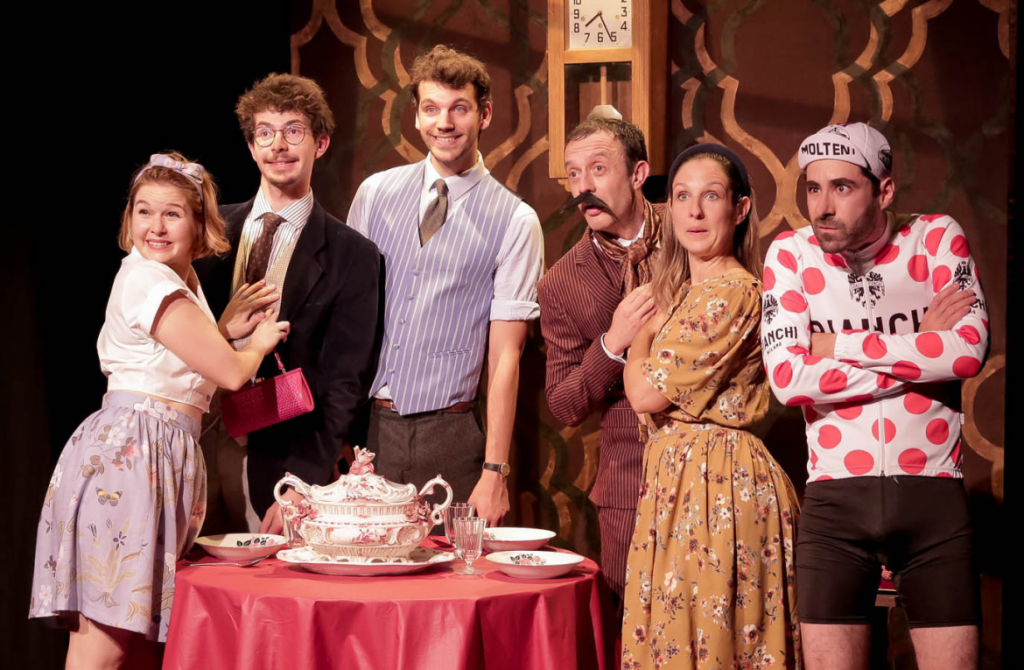 Hector, a compulsive hoarder, decides to wean himself away from his addiction, which makes him unhappy. He meets Brigitte, gets married and seems to be cured. But his obsession resurfaces unexpectedly. An innocuous gesture by Brigitte triggers something in Hector, who is suddenly seized by the desire to collect moments from his wife’s life. Brigitte ends up helping  Hector not to try to cure himself, but to accept himself for what he is.

The story is told by a narrator with a critical, yet affection eye, who accompanies the twenty or so characters played by the six actors of the company C’est pas du jeu.