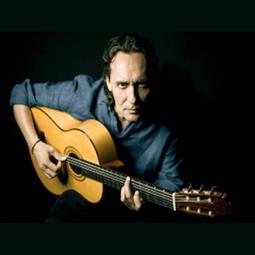 As part of the Monte-Carlo Jazz Festival, Vicente Amigo will be performing at the Opéra de Monte-Carlo – Salle Garnier on 23 November at 8.30 pm.

Vicente Amigo has been playing guitar since the age of 8. Over the years, the Andalusian turned his sights to the flamenco guitar, and has met and collaborated with numerous musicians including Paco de Lucia, of whom he is a huge admirer.

The supporting act will be the Palestian trio Joubran. The three brothers play the oud, a plucked string instrument, and have released eight albums as well as providing the soundtracks to some remarkable films, collecting numerous awards along the way. Their most recent album, The Long March, was released in 2018.