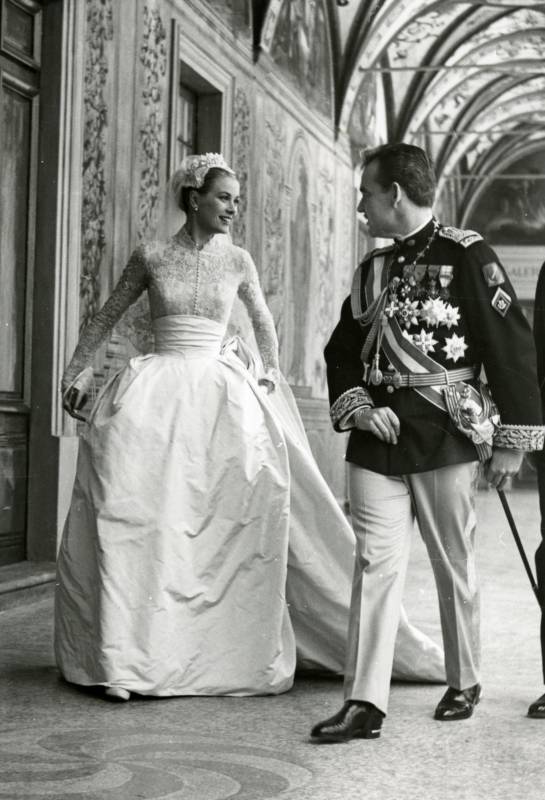 April 19, 1956, 66 years ago, the legendary wedding of Prince Monaco Rainier III and the 26-year-old American actress Grace Kelly took place. The religious ceremony took place in the main Cathedral of the Principality in Monaco-ville, at the end of the service a congratulation from the Pope of Rome was read. After the ceremony, the newlyweds drove through the streets of Monaco in an open-top car, welcoming thousands of citizens and tourists who arrived for the feast. Honeymoon couple spent on the Prince Rainier’s yacht in a trip on the Mediterranean Sea. The bride’s dress, according to the traditions of that time, was provided by the film company MGM Studio. Interestingly, Grace Kelly can not be called a Cinderella who married the Prince – the bride’s dowry was $ 2 million.