On August 31 Monaco will host one of the biggest shows of this summer. The Ukrainian singer Svetlana Loboda will perform on the stage of the Opéra de Monte-Carlo. She is well known among Russian-speaking audiences, and the European public might know her from the Eurovision Song contest in Moscow. In 2009, Svetlana represented Ukraine and finished in 12th place.

Since 2010, when she started working under the name of LOBODA, Svetlana has never ceased to amaze her fans with her new singles which are always bound to succeed. This year, at the Muz-TV Music Awards she became “Best female artist” and released a new single SuperStar. In 2017, Svetlana presented her latest studio album H2Lo.

With the preparation for her show in Monaco in full swing, Svetlana had the opportunity to tell us more about her repertoire and her working process.  She also opened up about the happiest moments of her life, including particularly when she became a mother for the second time.

Svetlana, this will be your first show in Monaco; what program did you prepare? How will the interior of the Opera adapt to and combine with modern music?

Yes, this is the first time I’m giving a big concert in Monaco. A new stage is always very important for me and my team. In fact, our show fits any venue. The repertoire includes both dance compositions and ballads, which now prevail. I think my songs and the venue will be organically connected. The main thing is that the public themselves be positive. Given that, our team will do the rest and make sure that everyone remembers the evening.

Will there be a lot of your own composed songs in the program? Will you perform other artists’ compositions?

In recent years, I tend to believe that every person should do his own thing. I cannot say that I’m a strong songwriter, I prefer to buy compositions and then modify them. I’m engaged in producing my projects and I select the songs myself. I can modify the lyrics and the melody. This is quite common in the music industry. In my database I have a lot of talented guys from Russia, Ukraine and Kazakhstan, who write songs for me.

Svetlana, what comes to your mind when you think about Monaco?

I hope that during our stay in Monaco, I will be able to discover this place. When I find myself in a certain environment, I start exploring it with my “tentacles” and to look for a new source of inspiration.

Today I happened to lie down near the plane (laughs). In fact, my fellow celebrities are having fun launching “flashmobs” on the Internet. For example, you have a theme like “fall down from a private jet.” Today I had to participate and act it out, as my close friend Lena Perminova had asked me to support them. While we were trying to organize it, the pilots looked at us amazed, without realizing what was happening. But that’s the way Russians have fun. 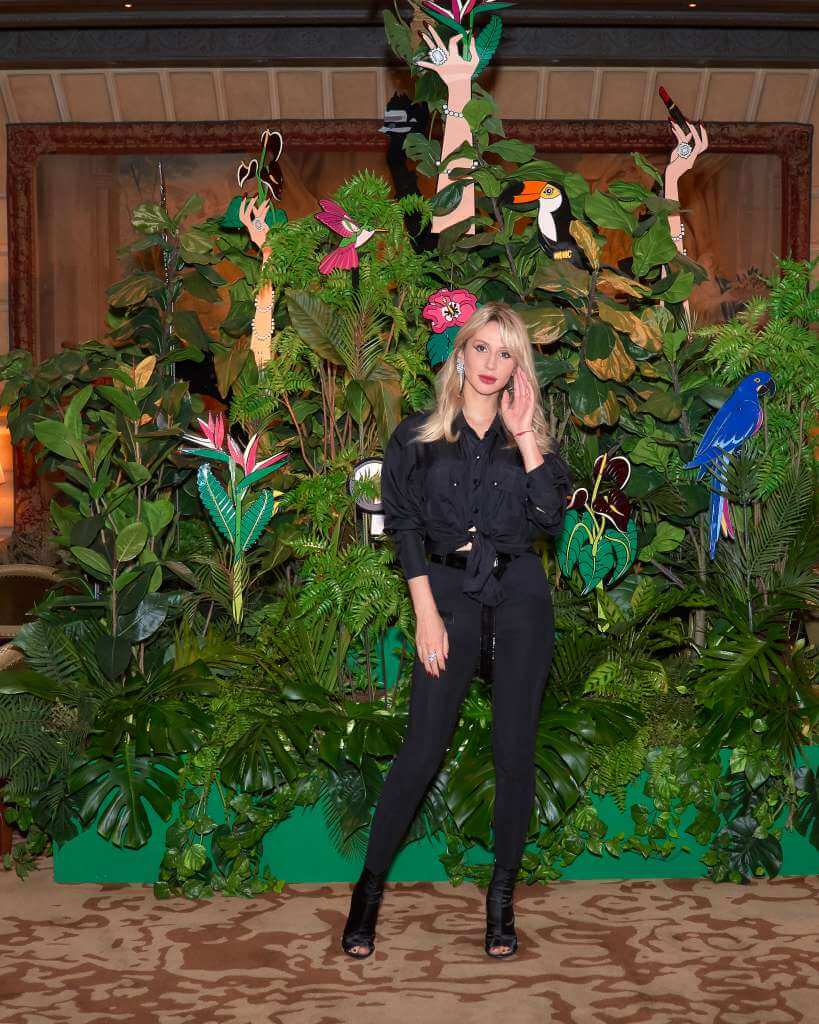 Do you have a dream?

Every year I set certain goals that I am able to achieve quite quickly. Sometimes, at the end of the year I feel sad because my dreams seem to have become smaller and less ambitious. That is what most successful people say. For me personally new horizons are performances in new countries. In fact, in this direction my team does have certain ambitions. We are now working on it.

What kind of music do you prefer?

I’ve lived in the USA for a very long time, so I prefer rap music. My child is very fond of this genre. This music for me reflects everything that is now happening in the world. Speaking of the French performers, I know Patricia Kaas, as we took part in the same song contest. I don’t know how popular she is now, but she has a very beautiful voice. Time flies so fast; new artists are right behind on our heels, so we have to take advantage of each and every opportunity and run with them.

Was there a turning point in your life?

Yes, it is the birth of my children. It always changes the life of a woman. Evochka was born seven years ago; her birth was for me a great happiness. This year, it was quite different, since I was prepared and ready and I wanted to quickly get back on the horse. Literally two weeks after the birth, I was already at the Muz-TV Music Awards. I received a prize and presented my new single “SuperStar”. It was quite spectacular.

How did you manage to recover so quickly?

I have made a point of participating in sports all my life. I have a person who always helps me stay in shape. I believe that for a woman, especially after the age of 25, this is extremely important. A healthy lifestyle and proper nutrition contribute to a rapid recovery.