Last week in Monaco was rich in divers and interesting events. Learn more about them from our news didgest.

It’s fitting that one of Monaco’s familiar faces, seen practicing regularly on the famous red clay courts of Monte Carlo Country Club, found himself centre-stage at Sporting’s Salle des Etoiles to clinch the award of Laureus Sportsman of the Year. An achievement even more precious in beating out new illustrious names like Kyle Mbappe or undisputed giants of their discipline like marathoner Eliud Kipchoge.

He could have equally been a celebrated winner of the “Comeback of the Year” award even though it was golfer Tiger Woods that whose beaming smile is reflected in that honour.

Monaco Ventures Where No-one Dares: «Antarctica» and the Rockies

Even Citroën, godfather of the French auto-industry couldn’t do it – cross the Canadian Rockies that is. Even with the help of one of the most eccentric American millionaires of the 1930s Charles Bedaux. The terrain is just too tough, the climate too extreme. So the attempt in 1934 launched by Citroën under the slogan “White Cruise” failed. In fact it failed miserably.

Enter Prince Albert in this story who on his visits to over 20 stations in Antarctica started thinking about the challenges of moving people and materials about in almost impossible conditions. And Prince Albert threw down the gauntlet with another challenge which his engineering team interpreted as “Don’t pollute this beautiful pristine environment”.

The ambassador for the 10th edition of Les Voiles de St. Barth Richard Mille will be Pierre Casiraghi, a decorated and passionate sailor as well as a member of Monaco’s ruling family.  The event is known as a truly grandiose spectacle which has quickly established itself as a fixture on the world calendar of yacht races. With 70 to 80 entries each year, the quality and diversity of the boats make the regatta truly stand out.

Everybody waits for it in early February. That is if you want to know who are going to be the stars of the future in the dance world.

It is the «Prix de Lausanne». All the leading prestigious international dance schools line up their most talented and most dedicated students and head for Lausanne and pray to be on the podium.

5 Hots Drinks That Will Make Your Winter Warmer

Even if the winters on the French Riviera are fairly mild, we are still allowed to treat ourselves to some hot drinks to feel even warmer. Some of them can even be made at home. HelloMonaco found out the most popular hot cocktails to be drunk in the winter in Europe.

The King of all Carnivals in Nice: Spectacular, Immense and Unmissable 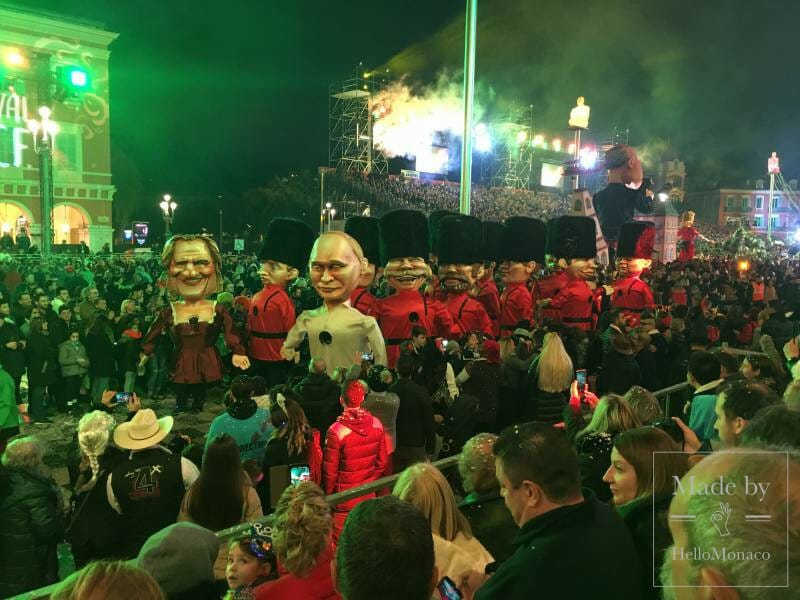 Imagine life in London and Berlin; it’s mid-February in Northern Europe, and even in the City of Light, Paris everyone wants to escape the dark, the cold, the grey overcast skies. Dreams of Rio and Carnival. Just head South and throw the biggest party on the Continent of Europe, after Venice and Rio, Venice and city of Nice in the South of France, it doesn’t get more “Carnivalesque” than those three. And when you are partying in the South of France, you can count on food and wine to die for. Add in those sunny Mediterranean winter days and all the glitz and celebrity of Monaco next door and you have a royal party. Yes – Nice Carnival is very much a royal affair.