The Place du Casino is one of those magical landmarks that everyone wants to experience in their lifetime and together with the Prince’s Palace is one of the two most visited sites in Monaco. That doesn’t surprise being surrounded by the Belle Époque architecture of Opera Garnier and the Hotel de Paris and also with the Café de Paris on its perimeter and with the African gardens and the Jardin des Boulingrins to its North.

Historically it was a vast esplanade where the rich and famous would arrive in their carriages to have a flutter at the Casino. And that was the concept that engaged the vision of the planners as this centre-piece of Monte-Carlo was given a make-over that took priority prior to Easter – even with the epidemic. Its completion was in excited anticipation of two great inaugural events – first the F(ê)aites de la Dance and then the Summer concert with Celine Dion. 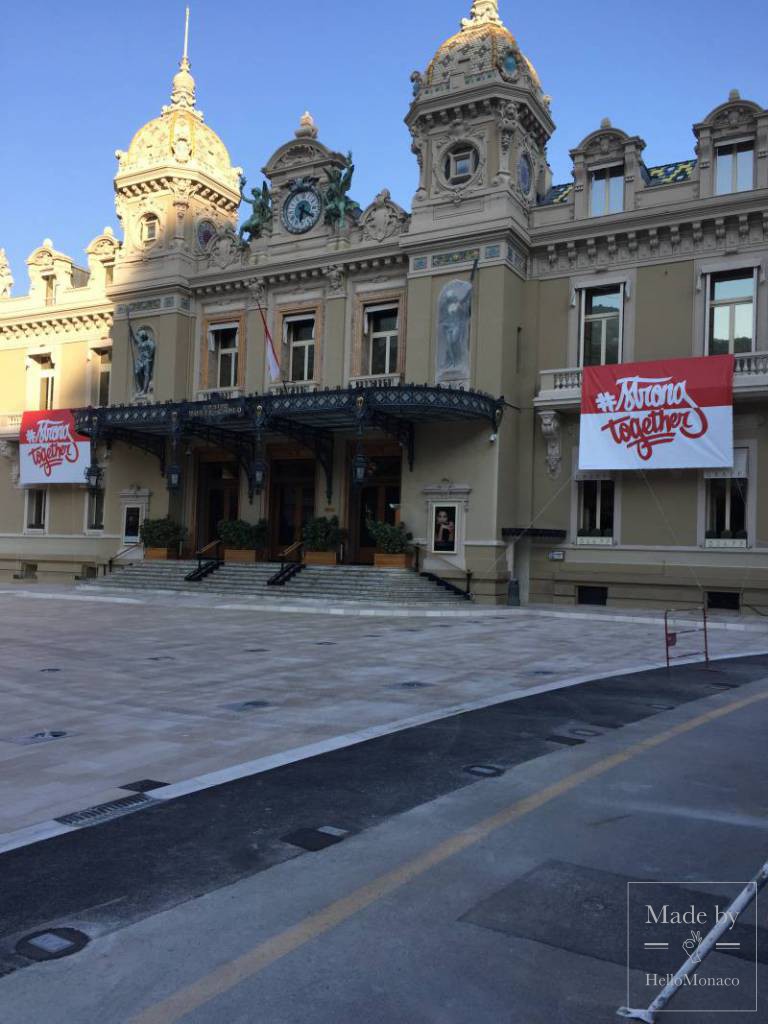 The pandemic, even though it has left Monaco relatively lightly touched, has dealt a blow to these two spectacles which have had to be cancelled as health precautions have taken an even higher priority. Even with the lockdown easing, sadly the world has not yet found all the answers to make the threat of Covid-19 disappear.

The renovation work on the Square with a budget of two and a half million euros had such a high priority that it has finished well in time and now Monaco has at least three grand esplanades with the Prince’s Palace, the perimeter of the Grimaldi Forum and joining them the newly renovated Casino Square. The advantages are obvious in that the Cafe de Paris is now not hemmed in but rather flows out into a generous 3.500 square metre pedestrian space instead of being boundaried by the narrow avenue as before.

And one can imagine a future of great events – surely F(ê)aites de la Dance will once again reign over the square together with more of the world’s Divas in Summer concerts. And it certainly lends itself to parades and Expos of the finest vintage and modern Ferrari’s, Bugatti’s, Porches and Lamborghinis. And no need to fear for the centre-piece, the beloved Anish Kapoor sculpture is still the central focal point.

The lofty turfed camembert has indeed vanished, reportedly mourned on the internet by those that were enchanted with it, in favour of an esplanade paved with Comblanchien stone. Twenty palm trees and a central body of water, dominated by the sculpture of Anish Kapoor, the famous British visual artist, catch the eye. The use of natural stone covering for the esplanade creates a vast expanse of space for pedestrians who will be able to walk there more fluidly. As well as a reception for exceptional entertainment events one can imagine a future of unique Expos serenely canopied by the traditional open sky – among them car Expos. Links to Formula 1 and to vintage racing machines has always been one of the main draws for the many visitors to the Place du Casino. The stone was chosen to meld with the stone of Opera Garnier and even is reminiscent of the surrounds of the Louvre and Statue of Liberty.

With the surrounds of the Hotel de Paris and One Monte Carlo the planted area, including the 20 new palm trees, is estimated to have been increased by close to 20%. The planners have created a sort of theatre stage with the palm trees being mobile, so that whatever the theatrical event they can be moved around at will to accommodate it.

More than one architectural design was considered, one that reportedly favoured more greenery, perhaps resonating with the African gardens, and more water features. To the regret of those who are nostalgic for the turfed Camembert the historic esplanade has won out and it is back to the future for Casino Square which is currently awaiting its inauguration.