It looks like the little Principality actually finds time for everything: sport, innovations, environment and so much more. And here we selected for you the most interesting topics discussed las week, in case you missed them.

European and Global Business Transformations in the Spotlight at ROOMn Monaco

ROOMn is in Monaco at the Grimaldi Forum and it is a winning idea. Good News at the start of 2018 because Europe’s answer to “Silicon Valley” is gathered in Monaco in ROOMn. Yet ROOMn is so much more than technology. You have the best App in the world and you want to launch it – ROOMn is where you will find your audience. If you are a business looking for a mobile solution – ROOMn is the place to be. Do you need to be up to speed on Chatbots, Artificial Intelligence and how HR deals with digital transformation? ROOMn is the place to network and find the answers.

Electric Vehicles are “A La Mode” in Monaco

There are already close to 1750 electric vehicles with Monaco plates driving around Monaco which is in line with one of Monaco’s most important goals – clean mobility. Drivers of electric vehicles are taking advantage of significant incentives provided by the Principality which include reduced parking charges, as they can park free on Monaco streets. In addition, there is free use of the recharge stations while recharging.

Welcoming New Enterprises to Monaco with the JCE Training Workshops

Several different workshops are being offered to candidates who want to start their own businesses in Monaco, as part of the Junior Chamber of Economy (JCE) Entrepreneurship Training Cycle 2018, in partnership with the Welcome Office.  On the agenda for the training workshops: IT tools, Monegasque taxation, legal forms, leadership, management, personal development and entrepreneurship.

Two Krav-Maga experts from Monaco’s team performed exceedingly well at the 2018 French Championships in Paris. After nine matches, Julien Quilico and Wilfried Phan won not only one but two titles: Krav-Maga Champions of France 2018 in the ‘Elite’ category and Vice-Champions of France in all categories.

The Maison de France in Monaco is celebrating its 90th anniversary this year with a full program of conferences, concerts and exhibitions. The French cultural institution has been hosting official commemorations, association meetings and other cultural events since it was founded on the 16th of March 1928 by a group of entrepreneurs.

On the 6th of March, the Social Action Service of the City Council launched the services of public writers to help those over the age of 60, Monegasques and residents of the Principality, as well as retired municipal staff who experience difficulties with administrative procedures.

ASM Basket President Sergey Dyadechko: “I invite all Roca fans to support us on the 13th of March!”

President Sergey Dyadechko looks back on the superb hat trick by the Roca Team at Disney last Sunday. The president also looks ahead to the team’s next big battle: the 1/8 finals of the Champions League on the 13th of March against the Polish champions, Zielona Gora, who plan on organizing a charter flight to Monaco for nearly 200 of their fans…

From 8 to 17 June 2018, the Department of Cultural Affairs is organising the fourth Monaco Artists’ Forum at the Rainier III Auditorium. The Forum is an exhibition featuring artists who are Monegasque nationals or who have been resident in the Principality for more than five years. It will be open to the public, free of charge, every day between 2 pm and 7 pm.

Daniele Thompson – a Parisian from Monaco 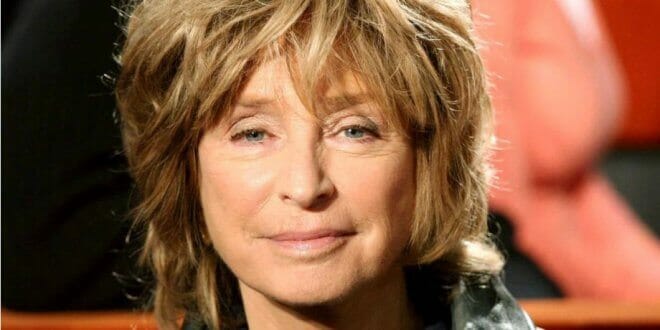 What do the films “A Great Walk /La Grande Vadrouille” with Louis de Funes and the “Boom” which made Sophie Marceau famous have in common? Different epochs, different characters … If you look from the other side of the camera, however, you will understand it all at once. These films would probably not have been that catchy and memorable if it were not for the script by Daniele Thompson.

The Cap d’Ail coastal path will be completely closed from 12 March until 12 May 2018 because of the demolition of the La Colombe Villa. The demolition operation requires the total closure of the coastal path for two months because the Villa encroaches on the path and debris could be dangerous to anyone in the vicinity.