The word beauty is inseparable from the Ladies Vintage Automobiles Rally. The beautiful cars draw the eye as do the ladies in their finery. September 2019 brings an additional dimension of beauty and elegance inspired by Princess Grace and that fateful first meeting with Prince Rainier. The theme for the ladies chic outfits was the flowered dress that Grace Kelly wore to meet her Prince.

Child CARE Monaco Founder Martine Ackermann enthused: “This year we celebrated the 90th anniversary of Prince Grace. We decided to do this race with flowers because when she first met Prince Rainier she had this beautiful dress with flowers.”

Beautiful cars, beautiful ladies, beautiful, Princess-Grace-inspired dresses and one more dimension of beauty – beauty of the heart. Lying behind the Rally is love of children and it is the brain-child of Child CARE Monaco whose participants light up talking about it:

“It was absolutely fabulous and we really enjoyed it. And it raises money for such a good cause which is the girls school in India, Child CARE Monaco. We love it, we come every year. And Martine does such an amazing job.” 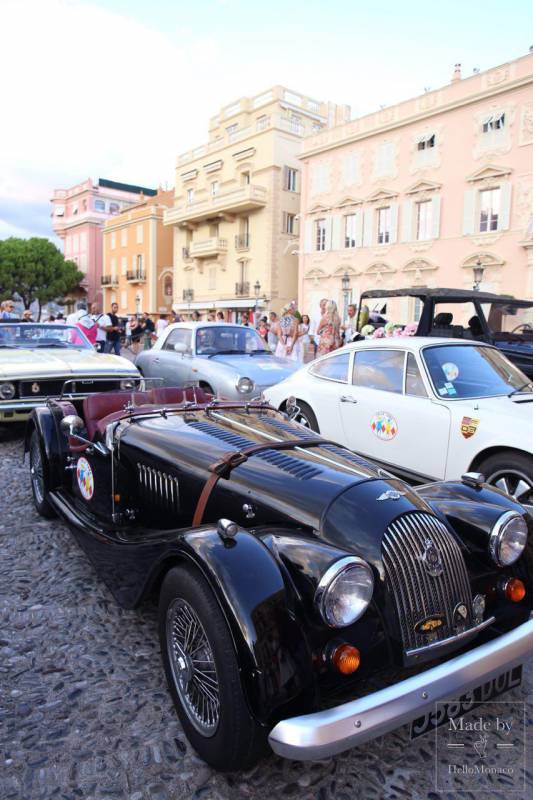 This Sunday’s rally started in Place du Casino and then everyone motored out to Sospel and the inviting countryside that surrounds the Principality. The route drew comments of appreciation:

“This year we drove through Italy and we drove along the Riviera. And Martine makes it different every year she makes it interesting. And we discover new places along the way.” 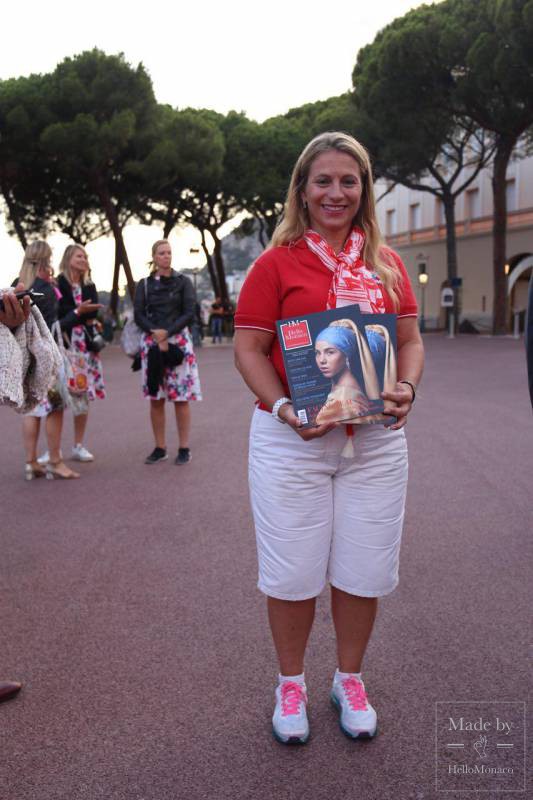 Martine was delighted with the success of the choice of route:

“Every year we choose a different way because otherwise it would be boring. This year I decided to go to Sospel especially because it was also a festival day there; it was amazing.”

About thirty cars and eighty eager participants were raring to go from the Place du Casino to eventually arrive back at the Rock in front of the Palace. Martine revealed:

“Some of them participate every year. And we have teams coming specially from Germany, from Sweden, Italy, the Philippines, Belgium, Korea, Japan and Monaco. So we are about 35 different nationalities here altogether. The ladies come to support our cause which is the education of underprivileged children in India.”

Martine Ackermann, Founder and President of Child CARE Monaco excitedly revealed to the press and HelloMonaco that the artist Heiko Saxo had offered 3000 CDs of music composed by himself especially for the rally – melodies perfect for Monaco.

The CDs are selling for 10€ (email childcare@monaco.mc to order). Martine told HelloMonaco that all the profit goes to the Child CARE project in India to educate underprivileged children. 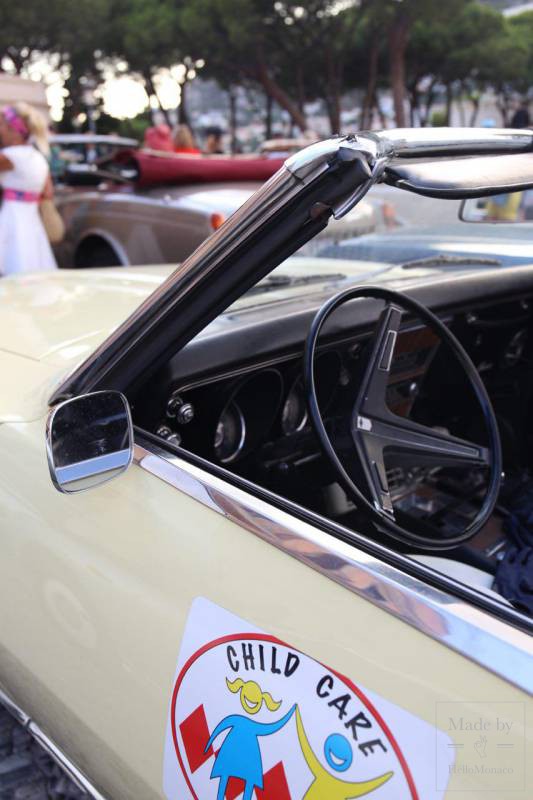 And Heiko came with an old Cadillac called “Rolling Work of Art Monaco” from the same year as the wedding of Princess Grace and Prince Rainier III. So the Princess Grace theme was everywhere.

Martine spoke about how the day finished with the honour of welcoming His Serene Highness Prince Albert who came to congratulate the team and encourage the work of Child CARE Monaco. 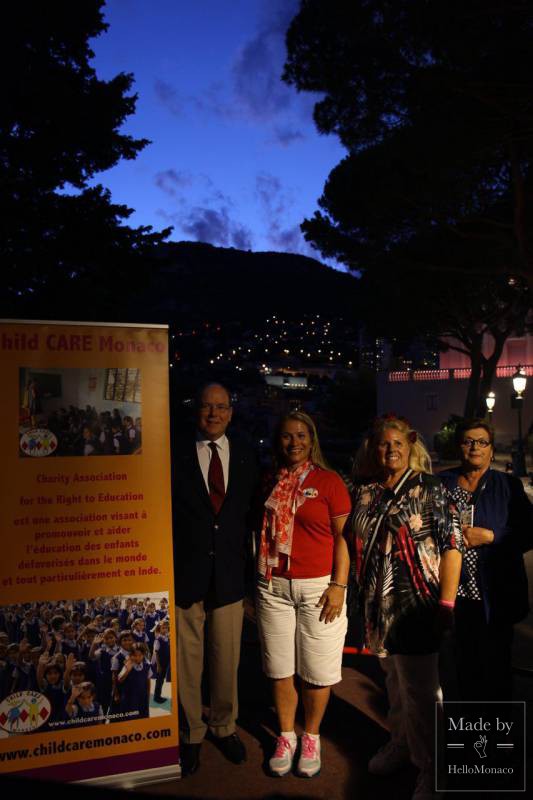 Martine Ackermann also had the opportunity to inform Prince Albert about the new project, flowing from January 2019, which involves running a library bus that goes every day into the slums of Jaipur to give the children the opportunity to have books. They love it and it happens often that they keep the books in their homes! In less than 3 weeks, the Prince learned, Martine is going to India for the annual visit with Annie Battaglia to the school built in 2013 by Child CARE Monaco.