On January 21, following the traditional New Year’s “Galette de Roi” and “The Three Kings” cake, the Mayor of Monaco conveyed his best wishes for 2019 to the Monegasque press. The meeting was held in the Wedding Hall of the Mayor’s Office. It was attended by the Mayor of Monaco, Georges Marsan, 4th Deputy Mayor for Sports and Entertainment, Jacques Pastor, 2nd Deputy Mayor and Delegate for the Environment and Sustainable Development, Marjorie Crovetto-Harroch, Deputy for Youth Affairs Nicolas Croesi, and many other members of the Monaco Municipal Council.

Georges Marsan thanked the local media, noting the importance of their coverage of various Monegasque projects. The Mayor particularly complimented the press for spreading information about all the municipal activities and public services aimed at improving the lives of Monaco citizens. 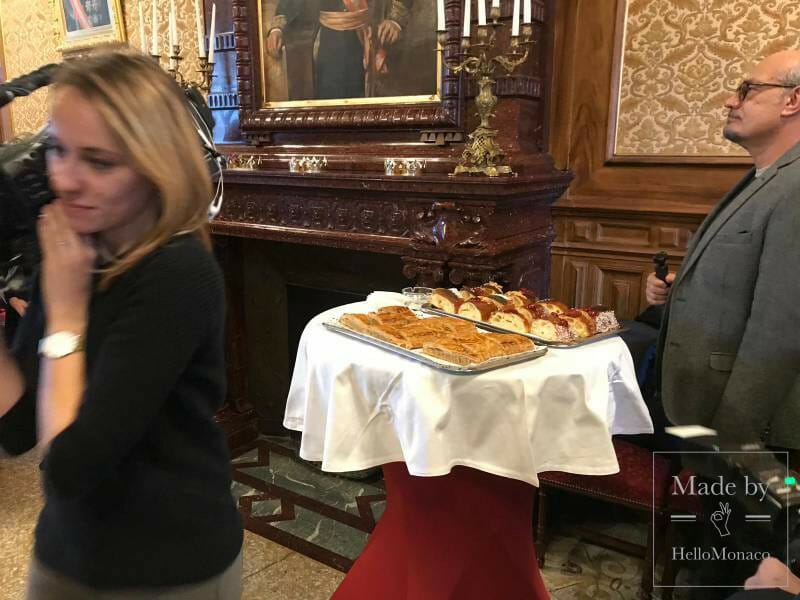 According to the Mayor of Monaco, 2018 was marked by the Municipality advancing towards what has been a widely-publicized priority goal called “digital transition”, introducing two potentially successful online projects (improved access to information about tenders called “dematerialization of tenders” and the creation of a family portal) all available on www.mairie.mc website from February onwards.

As to practicing sports in the Principality, a new pergola will be installed this year at the Monaco Hercule Fitness Club and be made available for group classes in the open air for larger groups of citizens.

The entertainment program for 2019 will get off to a strong start being introduced in Leo Ferre Hall on March 29 by the Nice trio “Hyphen Hyphen”.

The club for the elderly “Temps de vivre”, will carry on functioning in its temporary premises before finally moving to the Saint Devote hostel in Monaco-Ville.

At the end of his presentation, Georges Marsan expressed his thanks to all the journalists for their work:

“I would like to thank all the Monegasque journalists for working with us throughout the past year! Please receive my most sincere wishes on behalf of the Mayor’s Office and the Municipal Council of Monaco for the New Year 2019. We wish you good health and happiness, and may both your personal and professional dreams come true.”