It’s December 1st and Christmas has already arrived – marked by when the Kermesse sale opens in the Chapiteau in Fontvielle. That’s the way Roy and Margaret from Monaco feel about it. They have made it a tradition now for ten years. The Kermesse sale puts them in the Christmas spirit. Socially, it is an important part of their lives. They plan going in advance with their friends. Their roots are Scottish and Celtic and Christmas wouldn’t be the same without mince pies and shortbread and Christmas crackers and puddings, especially trifle.

Every year, if you want home-made mince pies you better get to the Kermesse early, not long after it opens at 10am, because by midday the pies, and cakes too, are all gone. It doesn’t matter how many Angie Roberts makes – bless her for donating them – they are pounced on. 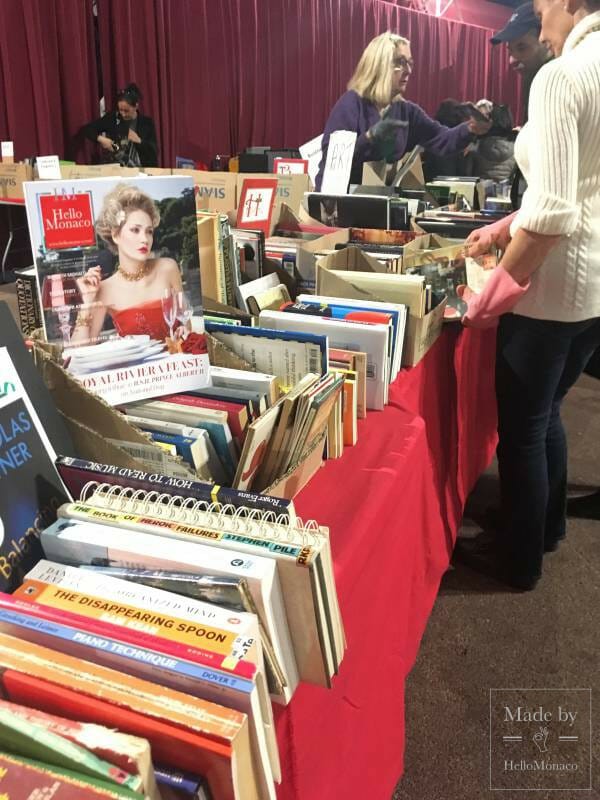 The Kermesse in Monaco is a cooperative effort of Christian churches to raise funds for a whole array of charitable causes. It is held in the Chapiteau in Fontvieille, under the High Patronage of Princess Caroline of Hanover. Over 50 years ago it was preceded by a Jumble Sale at St. Paul’s Church with Reverend Brian Matthews and helped by the British Association of Monaco who remain loyal and active in it to this day. 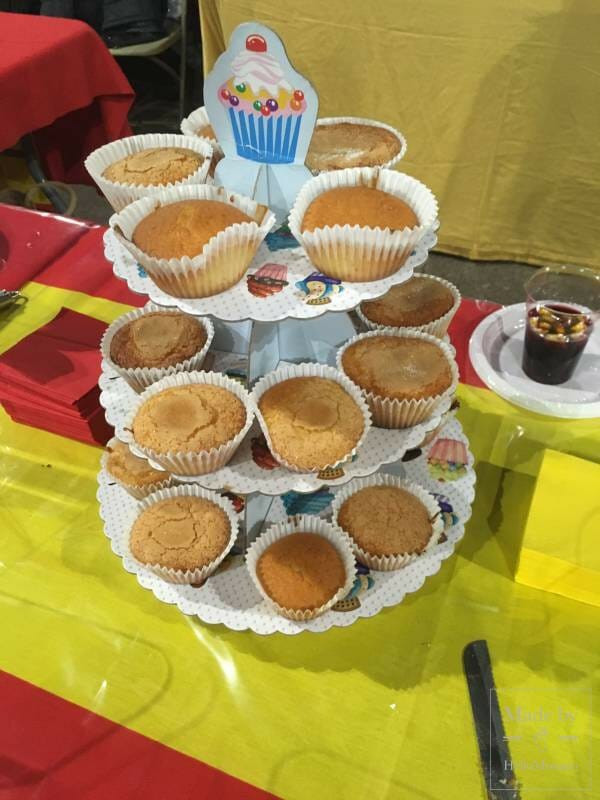 This annual Ecumenical Kermesse “jumble sale” is free. With dozens of stands, open from 10 am to 6 pm, this is a great venue to pick up some stocking stuffers like books, household goods, hi-tech gadgets and toys, and try on quality clothes, jewellery and shoes. You’ll also find Christmas baubles, Monegasque, French, Spanish, Greek, British and this year Russian speciality tables. There is a Tombola with more than 20 prizes and tickets are only €2 each. Drinks and snacks are served all day in a joyful atmosphere – it’s teaming with people chatting, snacking, drinking and buying. 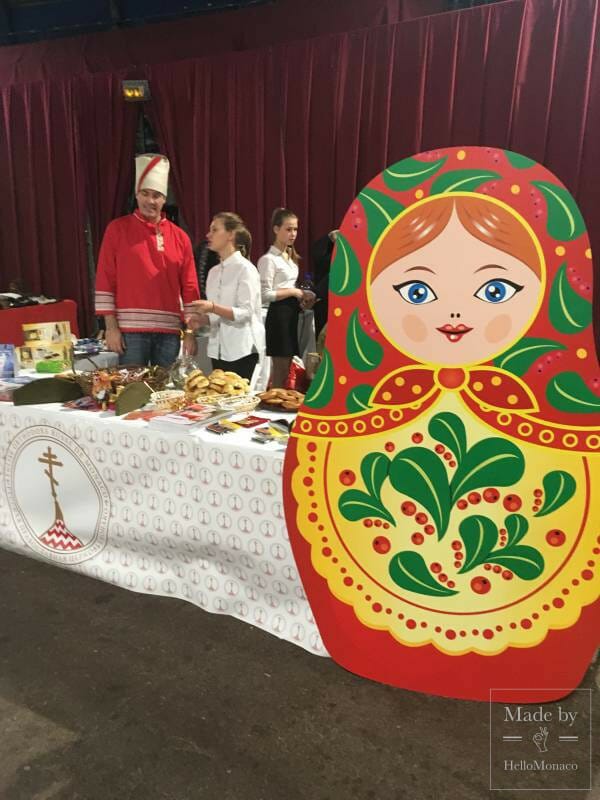 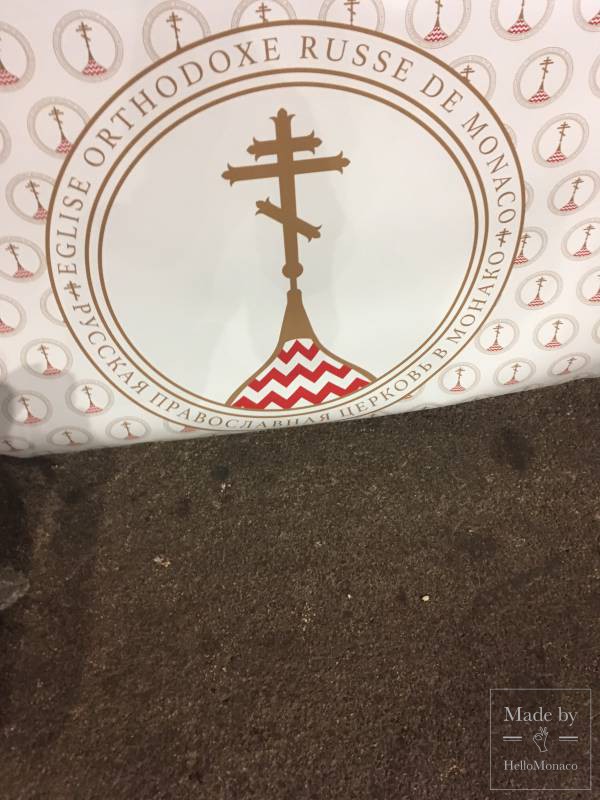 HelloMonaco talked to Courtney who can’t keep away from the Kermesse, partly because she loves anything social to do with her church. Courtney sings in choirs when she has the opportunity and loves the Church outings; the last one was a visit to a beautiful estate near Grasse. Now Courtney must definitely rank as the Kermesse star buyer of 2018. She stocks up for literally months of purchases of kitchen things, like a kettle that just gave up the ghost, tons of food goodies and clothes galore. Courtney is very social, she even coaches happiness, so she buys glittering ball-gowns and evening dresses at “give-away” prices at the Kermesse. 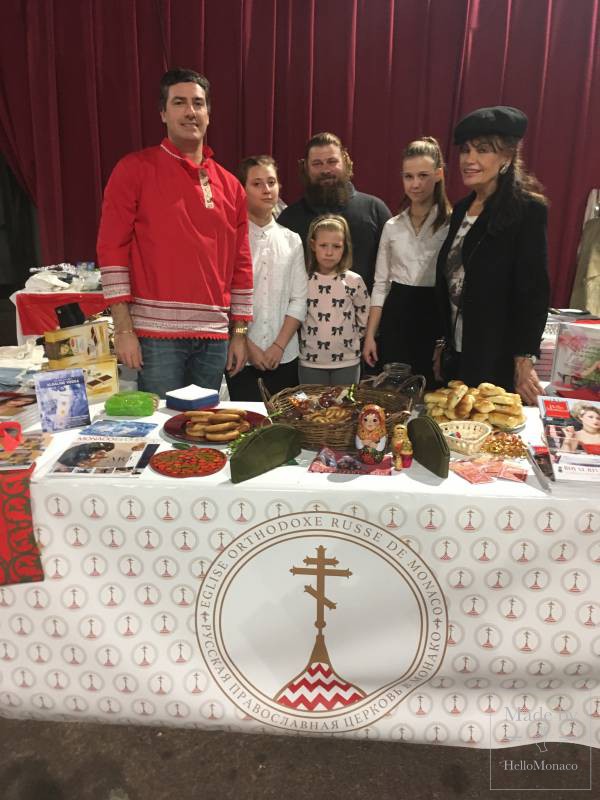 Do you know where the word Kermesse comes from? It is of Dutch origin but the French, British and Spanish have adopted it almost as their own for Church bazaars and jumble sales. It comes from the work Kirk for Church and Messe for Mass. 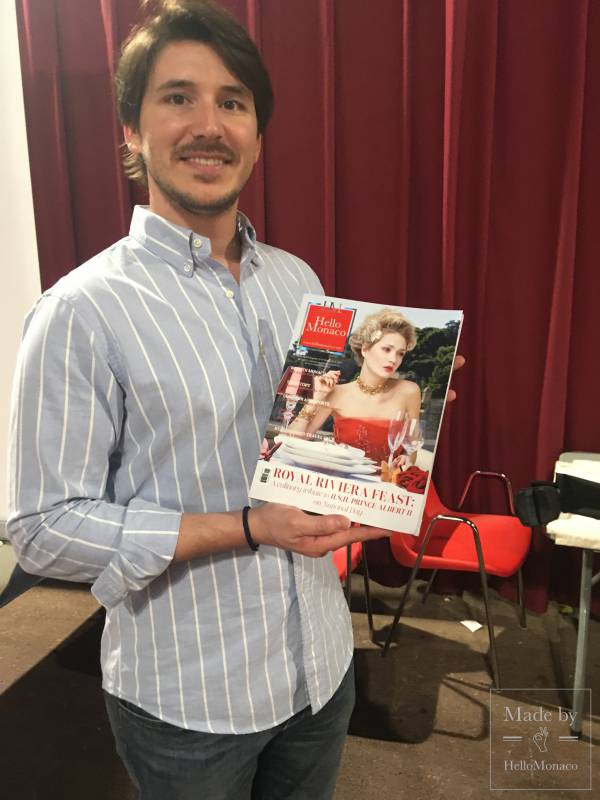 One of the highlights of our visit was to the Russian stand, with the banner of the Russian Orthodox Church of Monaco. They were so delighted to have been given a chance to help with the Kermesse. It was the first time for them in 49 years. Alexander Hagerty, their President, was emotional in telling HelloMonico about this. John’s mother Victoria is Vice President and was buzzing about everywhere encouraging people to buy – to help those in need. 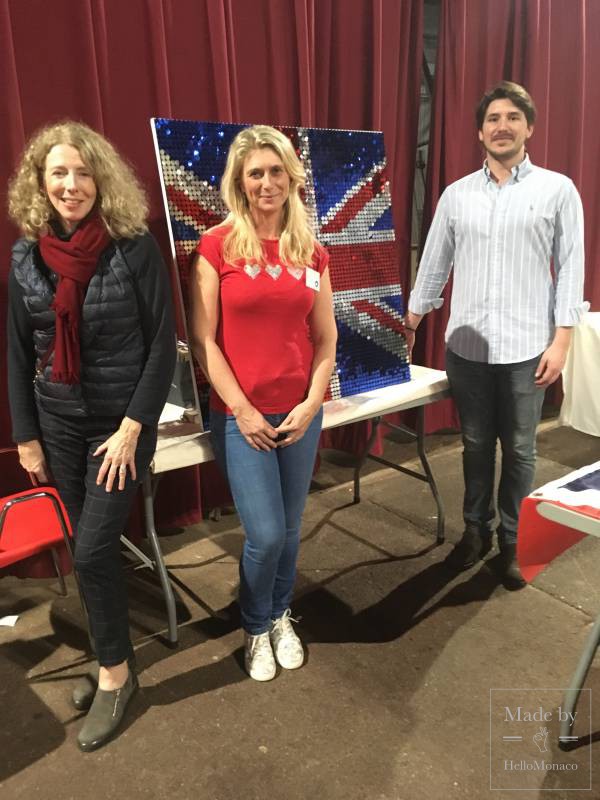 Blinis, tea, Russian dolls – all were flying off the stand to eager Christmas shoppers all helping towards increasing the day’s takings for charity. The receipts from each stand whether it be the Russian, British, Spanish or French churches are pooled for charity – it’s “all for one and one for all”. Christmas spirit and Holy spirit are in evidence all around.

The British Association of Monaco put an immense effort into the organization of their stand in the Kermesse, too; this year Julie Lewis is carrying the torch as lead organizer, helped by Petreska Tedeschi who last year’s lead was and has been on the Organising Committee of the BAM stand now for five years. HelloMonaco interviewed Jean Luigi its President. Jean was enthusing about all the kind people who had donated – including the wildly popular mince pies donated by Angie Roberts. 128 beautiful packages of them, completely sold out together with Tina Edwards’ donated ginger cake and Barbara Bidiville’s donated Christmas cake. And Paula Johnson-Flint added glitter with a shimmering British flag. Tongue in cheek, Jean attributed the over 20% increase, in this year’s takings for charity, as due to being next to the drinks stand. 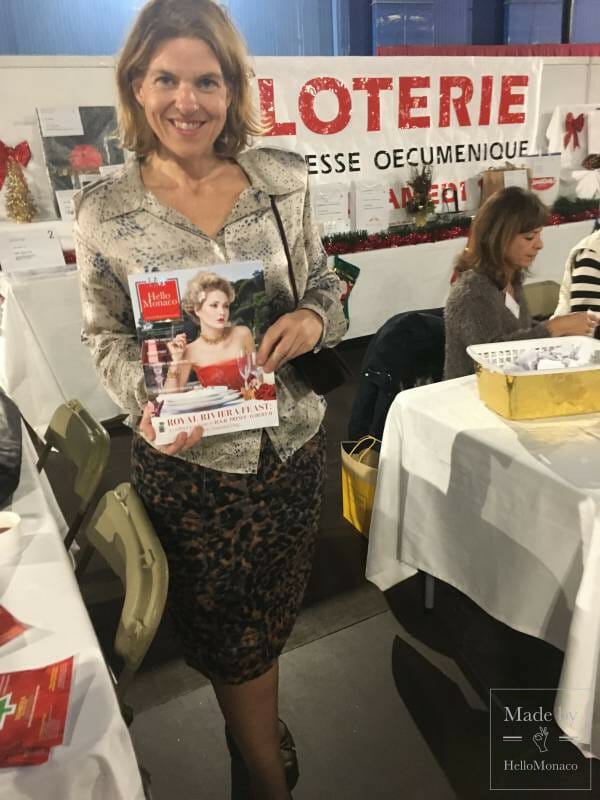 It was difficult to get an accurate count of the numbers visiting the Kermesse in the Chapiteau; it is buzzing with activity. I asked Jean and his team to make an estimate and they thought in the region of four to five thousand with all the comings and goings.

It’s all for a good cause and a wonderful start to the Christmas season. Can you imagine next year will be the 50th. It’s bound to be even more special. Mark the first week in December in your Calendar. HelloMonaco would not miss it for the world.