What do you think of when you look at a Nativity scene? Does it take you back to your childhood? Is there a warm feeling, a glow that is a little magical? It has the capacity to transport us beyond the here and now – to a paradise only contained by the limits of our imagination.

Fabienne Mourou and Prince Albert managed to achieve in so doing to marry so many wonderful dimensions of the Christmas Spirit – that will embrace you when make your own joyful parade along the “Chemin des Crèches”, Nativity Trail. 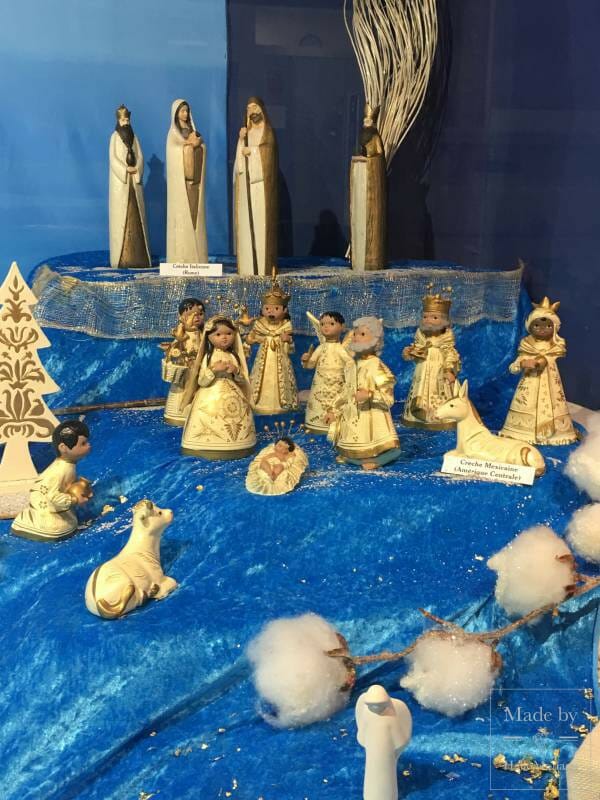 Fabienne has been so inspired by that hypnotic benevolent power, that she has developed a passion to find the best expression of it in the whole world. Would you believe that she has scoured the continents and with the support of Prince Albert made Monaco the centre of a unique and unsurpassed collection of Nativity scenes. Did you know that she has more than 200 scenes in her collection, from European centres celebrating Christmas, to faraway places where people huddle in refuge, hidden from gaze, afraid of persecution.

Take a Christmas and New Year Stroll To the Palace

Pick up a brochure with a map of the trail at the Tourist Office; it’s a wonderful opportunity to take a pre-Christmas stroll up to the Palace where you will pass the chalets lit up with the displays. You may even see the Prince’s Guards and its famous orchestra playing. There are 11 special displays in all. Browse around the little streets on the Rock with its 700 years of Grimaldi history. There, two great historical heritages come together at Christmas with the over 2000-year-old tradition of the Nativity. 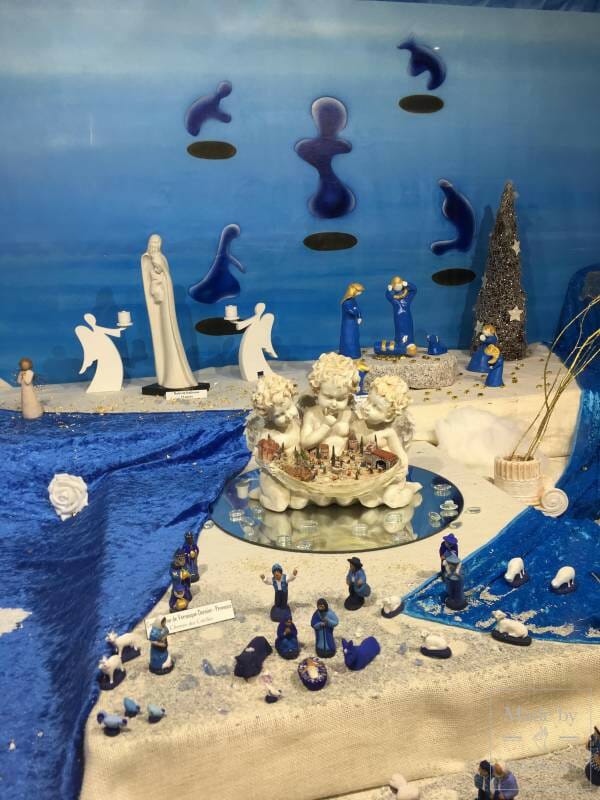 The figurines themselves of Mary, Joseph, shepherds and the baby Jesus, and simple farm animals like sheep and a donkey, run the gambit of human inspiration. They can be beautifully made of the simplest materials; one wonderfully creative one is from Bulgaria where everything is made of straw. Then you have at the other end intricate creations worthy of the best jewellers – almost like Faberge eggs.

Worth a visit also is the website chemindescrechesmonaco.com which has the most beautiful photos of Nativity figurines from private collections. Which are your favourites?

Here are three from the many outstanding ones in the collections. Would they make your list?

– an incredible miniature creche fashioned into the opening of a soldier’s boot from the First World War. It was created to honour the fallen on the Centenary anniversary of the war.

– A Creche from the Artist Moya, not quite as surreal as Dali but so alive and picturesque,

– A Russian Creche, not to be missed, because it reminds us that Russia had a rich tradition around the Nativity for hundreds of years. 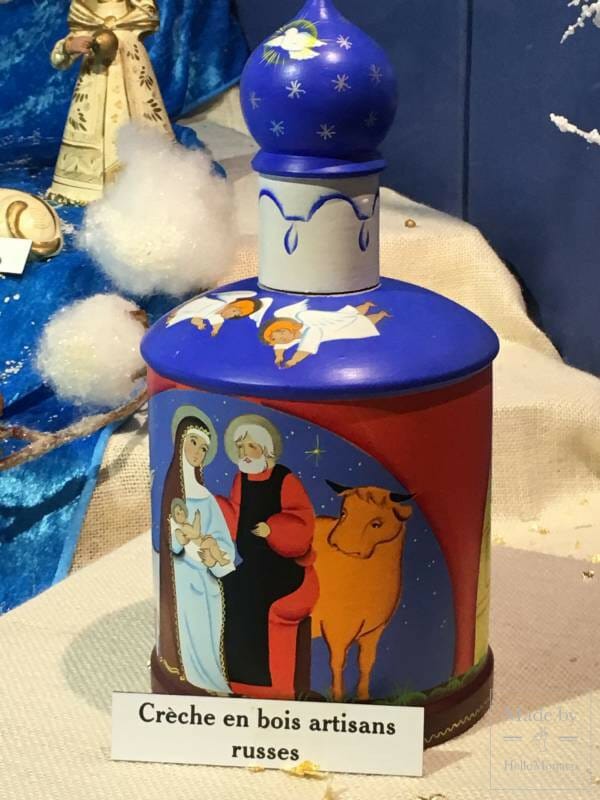 It has galvanized the imagination of choreographers, poets, and equally the laity and the Church. Perhaps above all it has captured the thread that connects us all around the world. Because this is the magical brilliance that Fabienne Mourou with the help of Fabienne Guenoun-Lecaille has brought us. In scouring the world to feed her passion, Madame Mourou has brought the world to Monaco – every expression of the Nativity is to be found in her collection.

Then because one of the unique strengths of Monaco is it is already home to the world; everyone here can find their own childhood memories preserved in the “Chemin des Crèches”, no matter where they are from. And if you are one of those rare people who has a special replica or a memory from a corner of the world, then contact Madame Fabienne Mourou  who may be able to add it to this incredible font of global history. 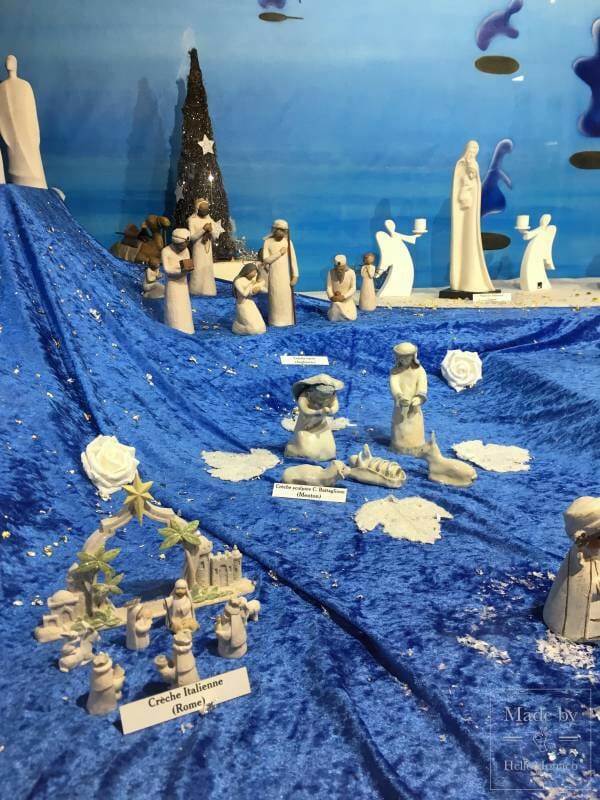 The eulogies and the praise are flowing from all quarters. Rarely has an initiative sparked so much genuine and authentic responses of joy at seeing the result. And it will come as no surprise that Monaco found a way of adding a creative dimension all of its own. 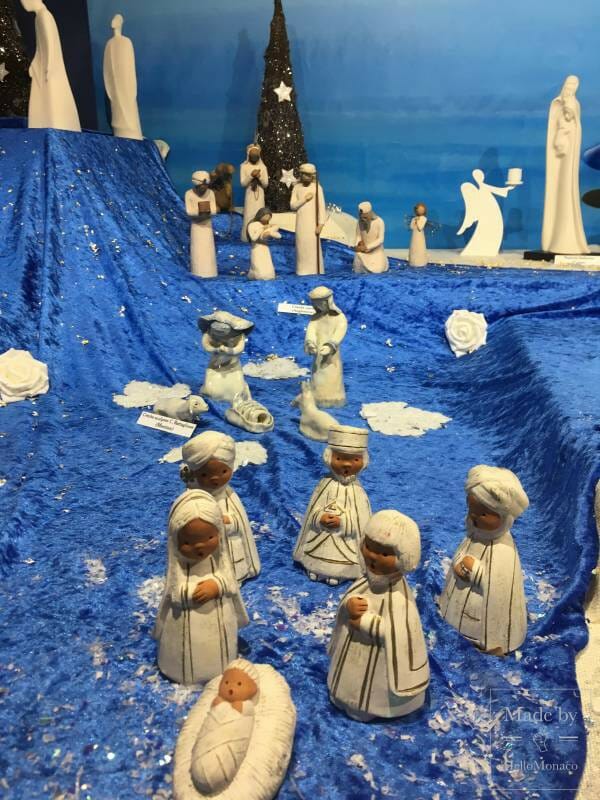 In 2015 there was a surprise in store for the world. It is recorded that the world’s first underwater Nativity scene was presented in the Oceanographic Museum. No small feat because the usual painted figurines and carved wooden objets d’art just won’t work under the sea. It created a sensation.

There are two sides to the coin; those that give of their hearts to make the Nativity scenes a very special stage including Agathe Poniatowski (Académie des Beaux Arts), Edyta Sroczinska, M.Sven, and Livia Ruspoli-Tasiaux. And those that receive including children from Monaco’s schools and our pensioners.

Did you know it was an important childhood tradition of quite a few Monegasques to go and look for leaves and pine needles and mousse in the moist undergrowth. They used them to dress their Nativity scenes assembled in their own homes or to share with their neighbours. 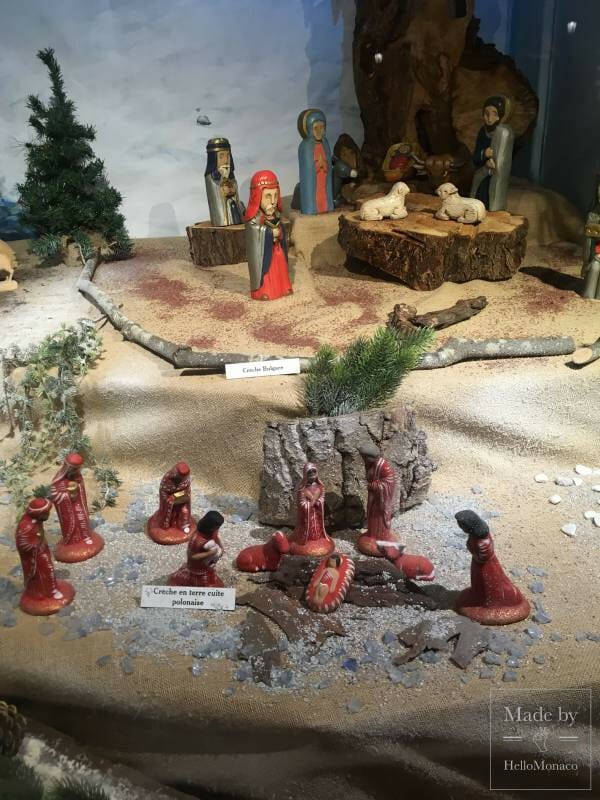 And these also reflect Prince Albert’s values who asks us, as we enjoy our stroll along the Nativity Trail, to remember the less fortunate, especially the children, and all those affected by war, by poverty, by persecution and natural disaster.