The National Council recently voted to decommission the Esplanade des Pêcheurs plot of land and allow for the construction of new project involving housing, a museum and public gardens. This momentous ruling puts an end to an eight-year long saga involving the historic conviction of the State in June 2020, when it was sentenced to pay 157 million euros to Monegasque company Sam Samegi (of Caroli group) and underwater archaeologist Franck Goddio. On 27 July, the National Council’s bill no. 1057 decommissioned the piece of land and all claims against the state have been amicably renounced.

According to the National Council’s report, since the end of the Second World War, the Principality has continued to gain land on the sea. The construction of Larvotto in the 1950s, of Fontvieille in the 1970s and the Mareterra district, which is scheduled to be completed by the end of 2024, are its most emblematic projects. The Esplanade des Pêcheurs is often forgotten in this list, probably because of its much smaller size. However, this land no less strategic. National Councillors have agreed that, like the Constitutional Reserve Fund, this place is part of the heritage of Monegasques.

In February 2019, elected officials drew the Government’s attention to opportunities that could be opened up by developing the Esplanade des Pêcheurs. However, the first project intended for the plot, the ‘Centre de l’Homme et la Mer’, did not meet the constraints necessary for the proper organization of the Grand Prix. Suddenly, the State found itself in a controversial position: caught between a contractual commitment and the need to maintain the Monaco Grand prix, an event that has become so essential to the Principality’s livelihood. Unfortunately, a safeguard clause was not included by the Government in the project’s initial contract, which would have allowed it to be terminated for legitimate reasons, without the disastrous conviction of the State.

Following the State’s conviction by the Supreme Court, HSH the Sovereign Prince requested to seek an amicable solution and protect the finances of the State and the interests of the Principality on 7 September 2020. Caroli Immo then proposed a modification of the initial project, which included the sustainability of the Formula 1 Grand Prix. Furthermore, the amended (and much smaller project) also includes a private building and state housing, as well as the museum. Caroli Immo also agreed to waive the compensation granted by the Supreme Court. 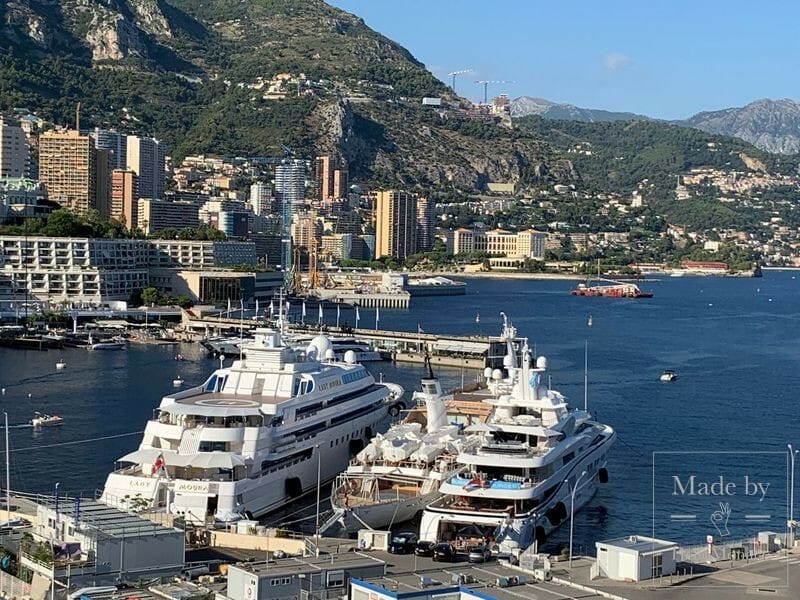 The new project has, at the request of the National Council, a “review clause”, which outlines the sharing of part of the operation’s possible profits for the benefit of the State. The project, which was presented to the National Council on 17 June 2022, includes plans for:

– a private building on the esplanade, including the entire second floor, with an area of ​​1870 m2, which will be donated to the State;

-a state building with an area of ​​2,955 m2, facing the port Hercule, which includes housing and shops;

-shops on the quay and at the level of the Esplanade;

-a mechanical link between the project and the gardens located on the upper part of avenue de la Porte Neuve;

-modular spaces for the Grand Prix.