International Gala Monegasque, “par excellence”, “sans pair” dazzled the world Saturday evening from the top of a skyscraper in Manhattan – or so it appeared. Monte-Carlo for one magical evening became Manhattan. 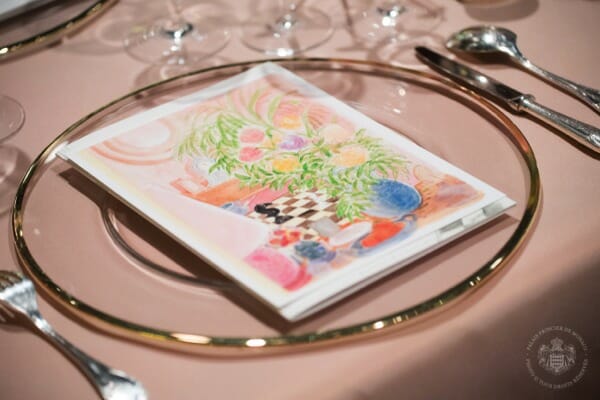 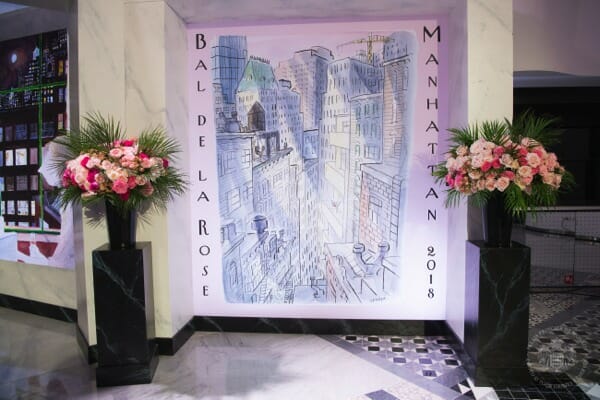 The Bal de la Rose never disappoints with its imaginative landscapes flowing endlessly out of the creative thoughts of its inspired architects brought together by Princess Caroline. Cuba in 2016 and Vienna in 2017 and for 2018 superseded only by the city that inspired the albums “Empire State of Mind” and “New York, New York”. Not hard to guess which city. And if the great Frank Sinatra could only tune in from the heavens, who better to entertain than Taj Mahal the gifted Blues, Jazz and Folk musician, creator of the Grammy award winning albums “Senior Blues” and “Shoutin in Key”. 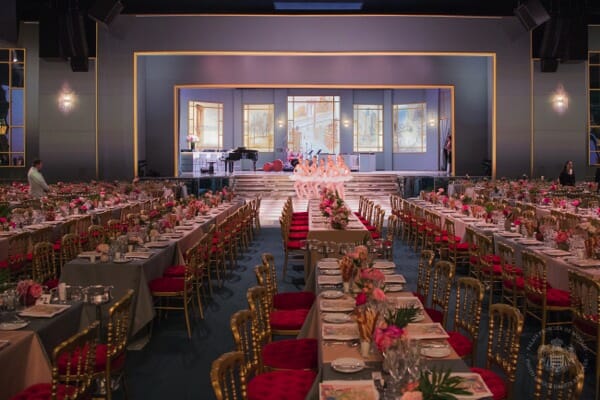 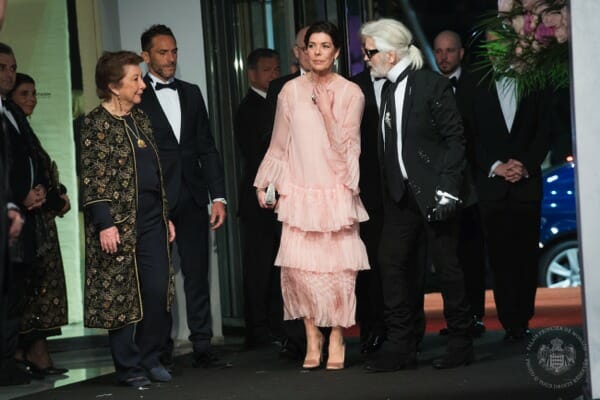 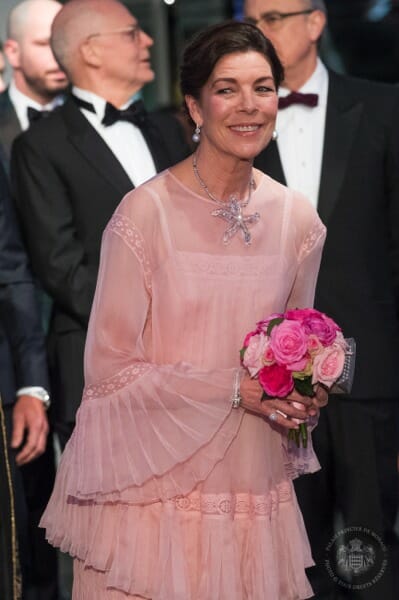 And so the Salle des Etoiles made a miraculous metamorphosis into a ballroom on the 50th floor of a New York skyscraper. If you can imagine it, then the Bal de la Rose designers SBM can do it. Scouring the world for the best creative minds and inspired by a suggestion from Karl Lagerfeld, a trip to the Parisian gallery of Martine Gossieaux to meet Sempe hit the bulls-eye.  Sempe’s ideas, including the famed covers for the New Yorker magazine, contributed to unique imagery that was projected around Salle des Etoiles. 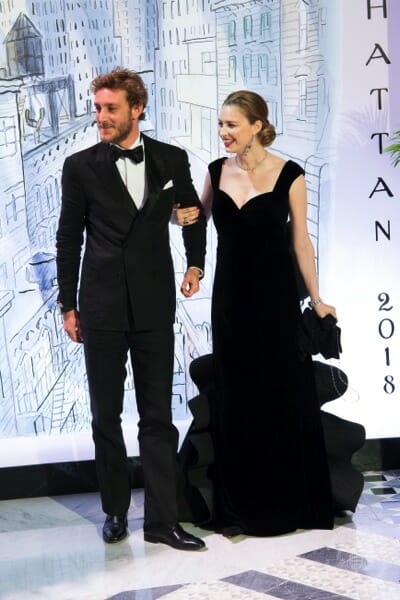 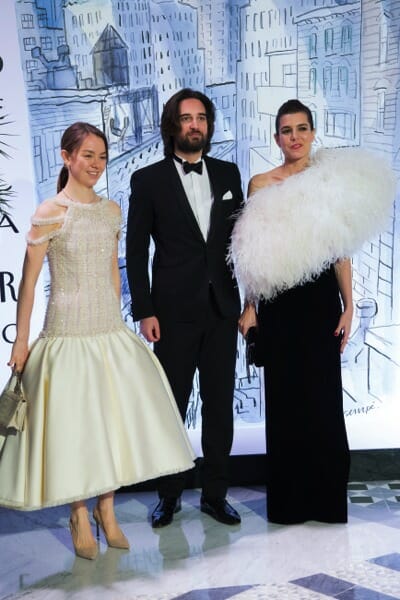 What keeps Bal de la Rose at the pinnacle of splendour is, yes the fourteen thousand roses, but also the unequalled team that Princess Caroline invests with confidence year after year to “idea” the event. Go back to October and Francoise Dumas and Anne Roustang huddled with Princess Caroline with the Bal de la Rose on their minds. Enter into the fray confidante of Princess Caroline, Karl Lagerfeld and hatched are all the ingredients of the grand occasion.
And so we have it, after a final animated discussion between Princess Caroline and Karl Lagerfeld, the decision:
The setting: New York, Manhattan;
Imaginative landscapes projected by Sempe and executed by SBM;
Great Jazz by Taj Mahal;
Pink and grey satin accoutrements, Napoleon III chairs, not to mention the myriad scented roses;
Cuisine inspired by the Big Apple,  mastered by Chef de Cuisine Richard Rubbini, bringing his New York experience to bear. 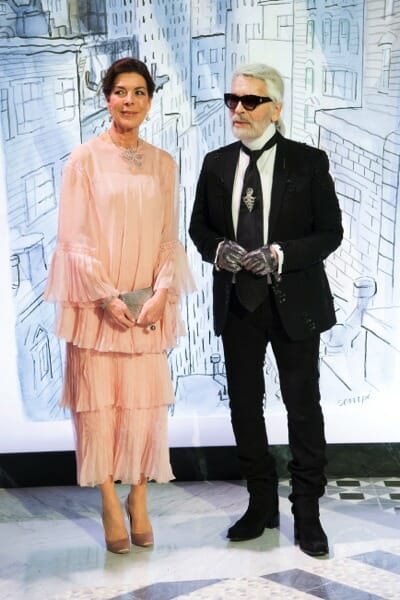 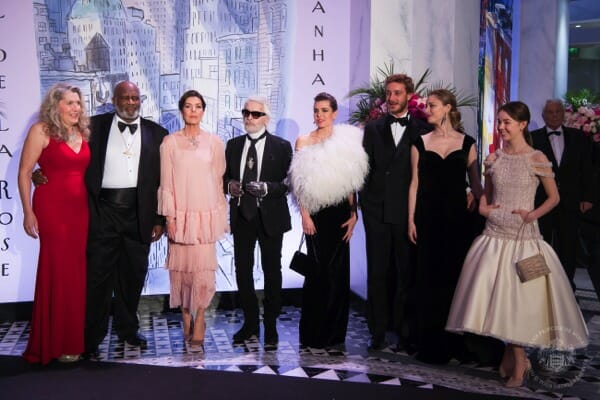 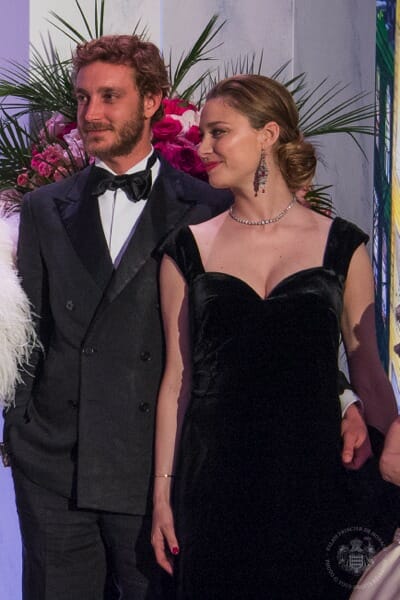 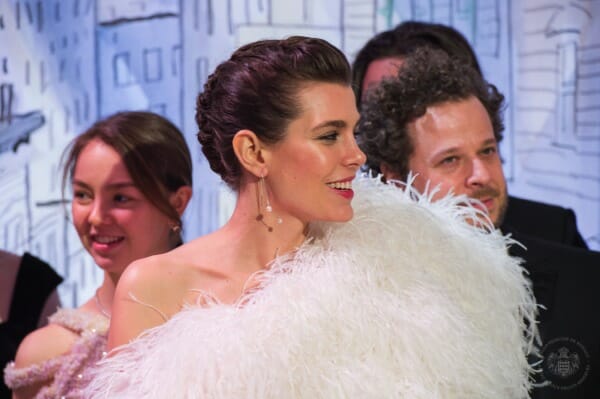 If the Bal de la Rose evokes glamour and celebrity, in equal measure, if not even more, it speaks to the aims of the Princess Grace Foundation. The Foundation was founded in 1964 and has poured millions into humanitarian causes and in support of cultural affairs. Those fortunate enough to be invited to Bal de la Rose contribute 800 euros each which is an important source of funds for charity.  All of this helps toward the good works of the Foundation. Just to mention two projects that change the lives for children in particular and also their parents, the Princess Grace Foundation has graced Monaco’s hospital with 3.1 million euros for a new paediatric service. The Foundation which is presided over by Princess Caroline since 1984 has also poured 1.4 million euros of funds into the construction of “Maisons des Parents” in France over the last 12 years – all this to house families of children who are hospitalised for long periods. This charitable work by Monaco has been celebrated in the French press among others who noted that 533.000 euros have helped 2131 children in 60 paediatric hospitals in France. 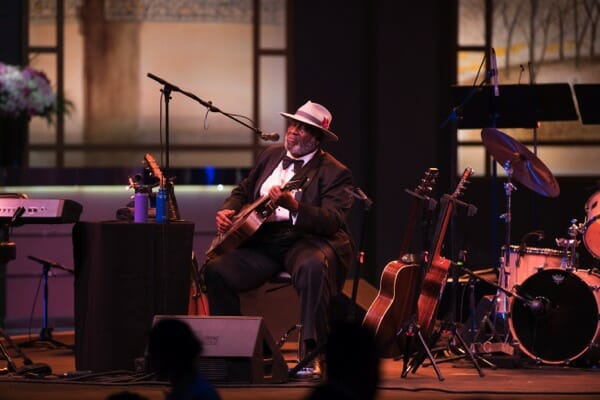 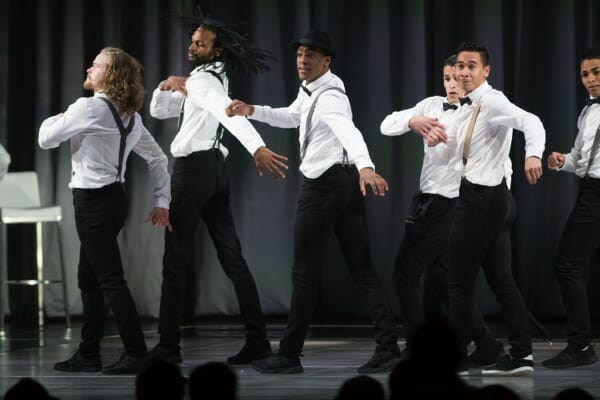 Dining “New York” style, celebrating and dancing the night away were the who’s who of high society come to open the social season at this wonderful gala and, of course to glimpse the royals – notably Princess Caroline and her children and, of course, close by, Princess Caroline’s confidante for the occasion of the Bal de la Rose, Karl Lagerfeld, legendary couturier of Chanel. 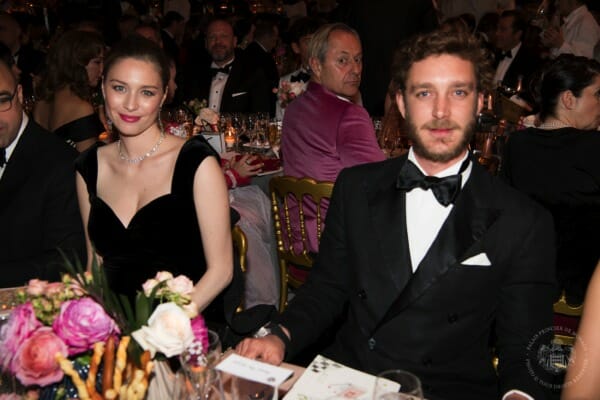 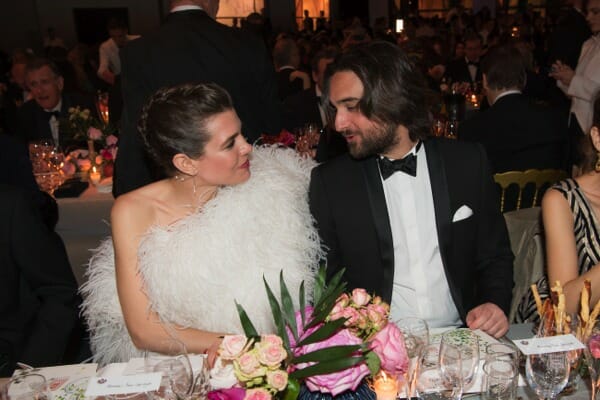 Imagine, Royalty, Princess’, Counts and Countess’ and Marquise, Ambassadors to Monaco from France and Italy, the sports world represented by great Grand Prix racing drivers and AS Monaco, Financiers, SBM, the International Press and Monaco Media including Hello Monaco, Social Media, the Government of Monaco naturally and the Conseil National, even Interpol –  the list of illustrious celebrities goes on. Attending no doubt, but there in spirit, would have been Prince Albert who has his duties with the wonderful Yersin Expedition and also Pauline Ducruet who is in Morocco taking part in the Rallye Aicha des Gazelles. 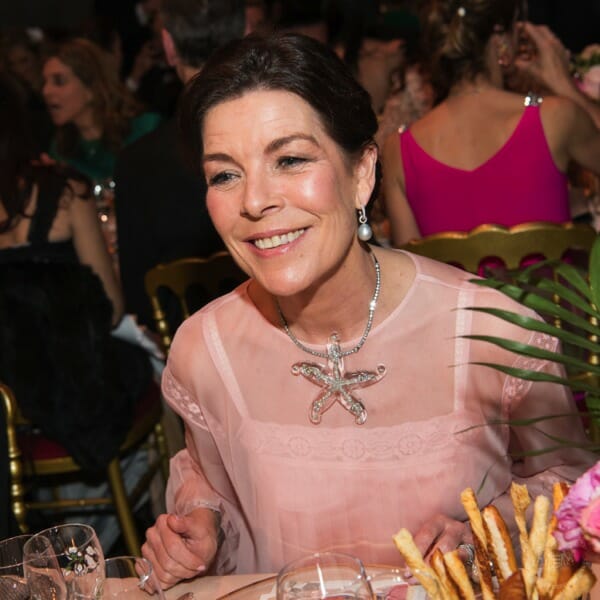 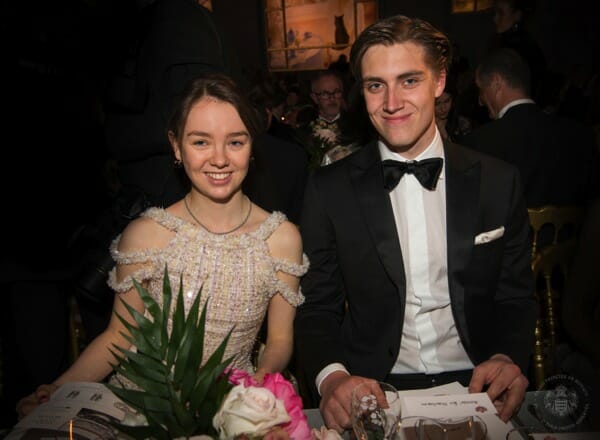 And fortune smiled twice on twelve guests at the Tombolo ably staged by Stephane Berne – an entertaining interlude that resulted in the luckiest leaving with resplendent earrings and a beautiful white gold ring studded with diamonds by the prestigious “Maison” Repossi.

Monaco’s social season is declared open! The Bal de la Rose for the sixty fourth time is a resounding success. HelloMonaco, Editor Olga Taran with her daughter Katya would not have missed it for the world! 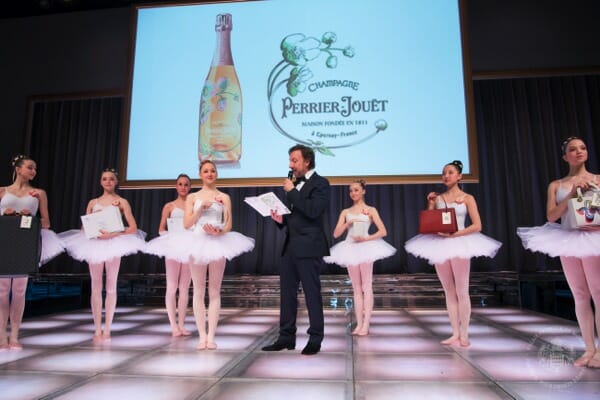 Gracing the Tables at the Bal de la Rose among other important personages:

The Princess of Hanover, Charlotte Casiraghi and Dimitri Rassam, Pierre Casiraghi and his wife Beatrice and Alexandra of Hanover. Also, Karl LagerFeld, Stephane Bern, famous racing driver Jacky Ickx with his wife the singer Khadja Nin, Pietro Albanese and his wife, the Count and Countess Peter Seilern-Aspang, Eric Knight and his wife.