The Principality’s most innovative construction project of the decade “Anse du Portier“, namely that of expanding the borders of Monaco by 6 hectares of sea, has moved on to the next stage. It has been excitedly awaited and is scheduled to be completed by 2025.
On the evening of July 25, the first of 18 “caissons”, to be delivered from Marseille, was officially laid in place. This is the most important element for the foundation of the artificial peninsula which will serve as a future residential area of ​​Monaco. The blocks are all uniform with a height of 27 meters and width of 28 meters. 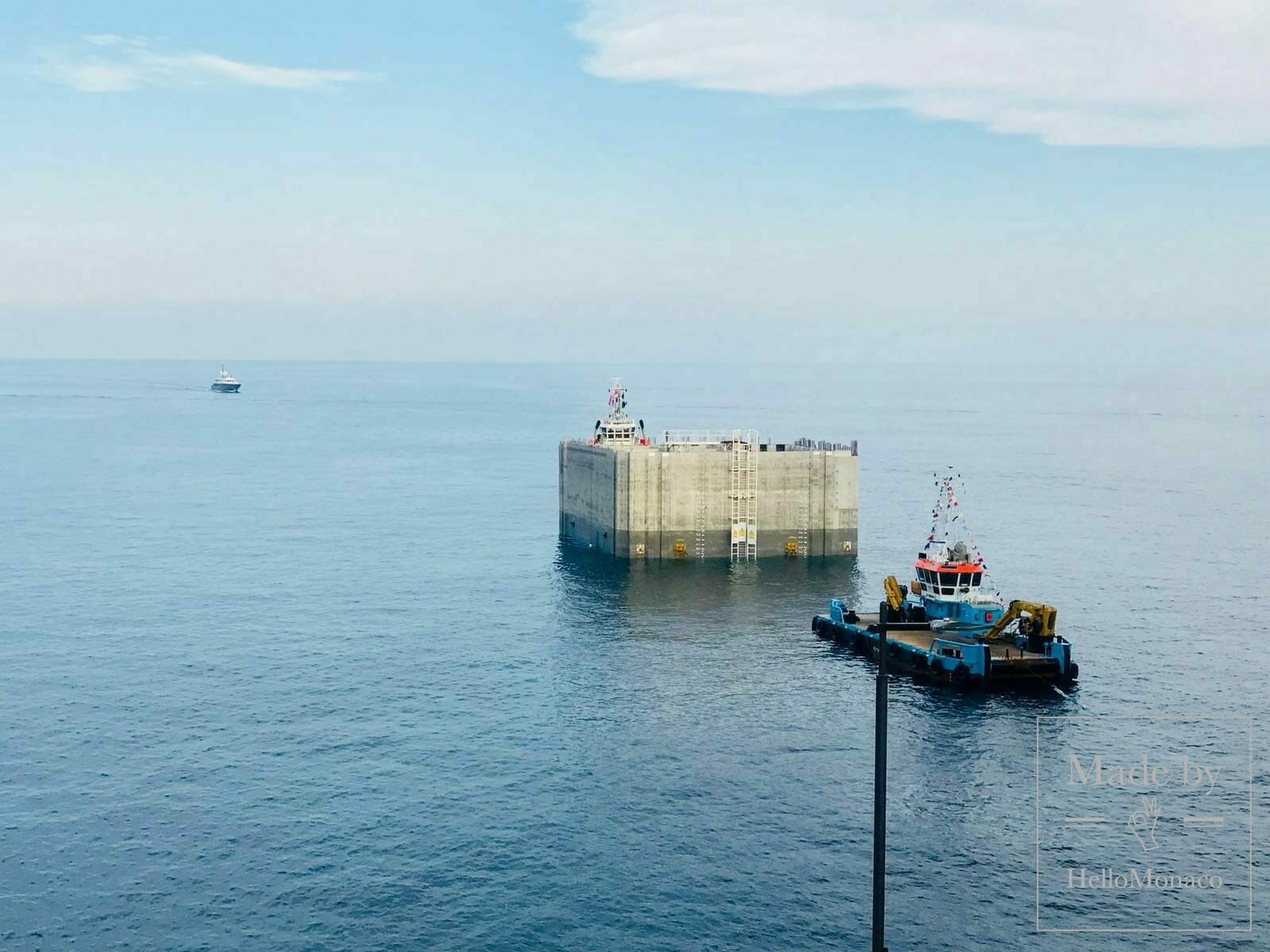 The official ceremony was held in the presence of Prince Albert II, right in a prime area of the harbour of Monaco. The Sovereign, the Prime Minister of Monaco, Serge Tell, the Archbishop of Monaco, Bernard Barsi, Andrea Casiraghi and the CEO of Bouygues, Philippe Bonnave all headed to the venue by boat from the Yacht Club. The Archbishop gave his blessing to the project. Interestingly, the concrete structure was bearing Albert II’s monogram “AA”. The flag of Monaco was also placed on the caisson.

After the solemn part, the Prime Minister and the Bouygues CEO went to a press conference at the Fairmont Monte-Carlo. HelloMonaco’s team was also present at the event. According to Serge Tell:

“The new “Anse du Portier” project is extremely important in the life of Monaco which has been constantly looking for ways of expanding its borders and finding space for its residents from all over the world. We want to showcase an example of eco-construction – which is, of course, mainly about a mode of development that is sensitive with respect to nature. One hectare out of six in the coming trimester will be allocated to “green zone” plantations. Since 2008, there has been a boom in the urban population of our planet. Mankind must therefore find ways of expanding urban areas, having total respect for the environment. This is exactly the example we want to set and how we want to proceed with this project”. 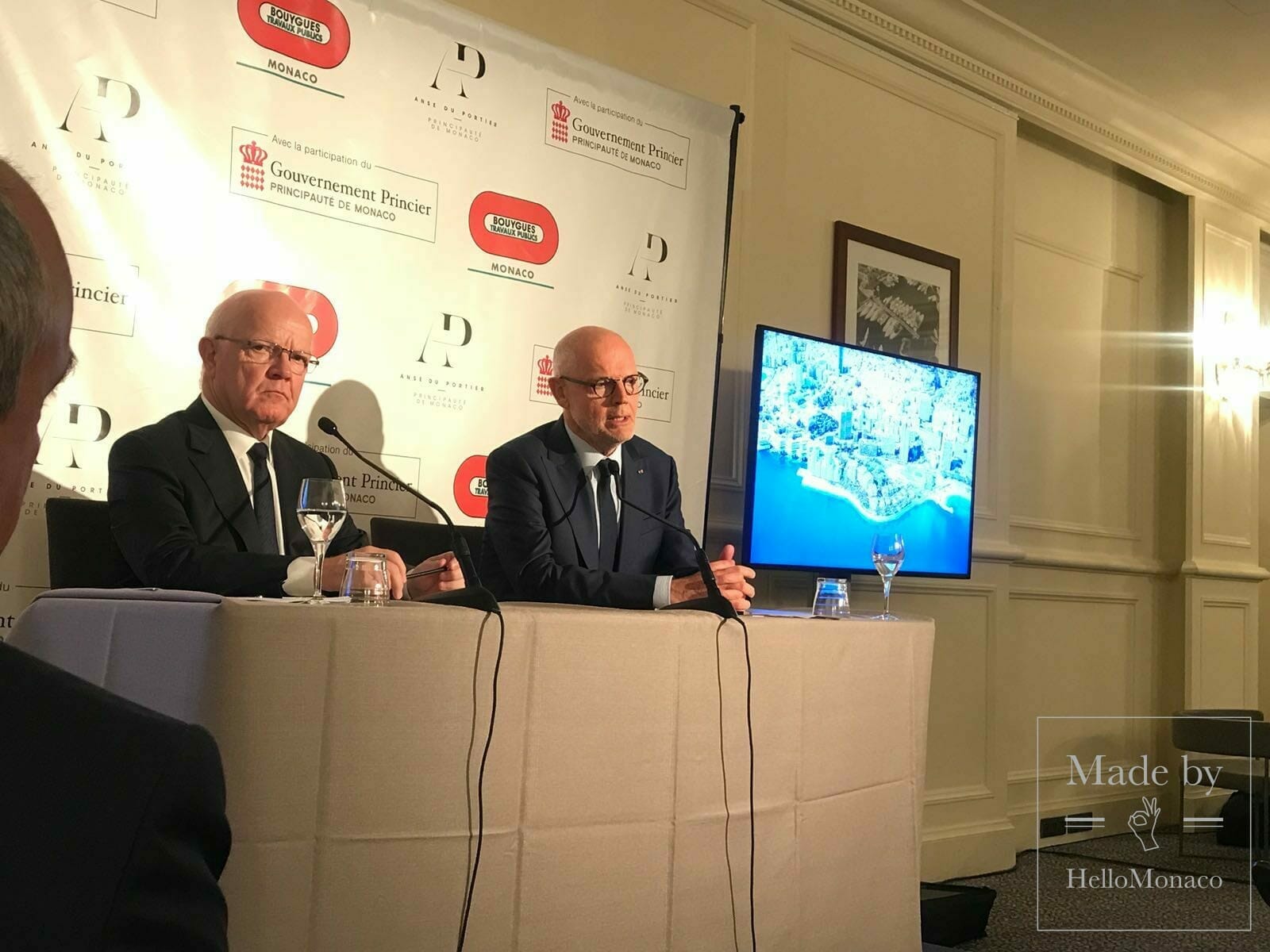 According to Philippe Bonnave, the Bouygues CEO responsible for all the works in the sea, 50% of Anse du Portier is now constructed. The construction process has to-date, luckily, not witnessed a single incident. It has been remarked that this is now one of the most amazing and unusual building projects in the world. 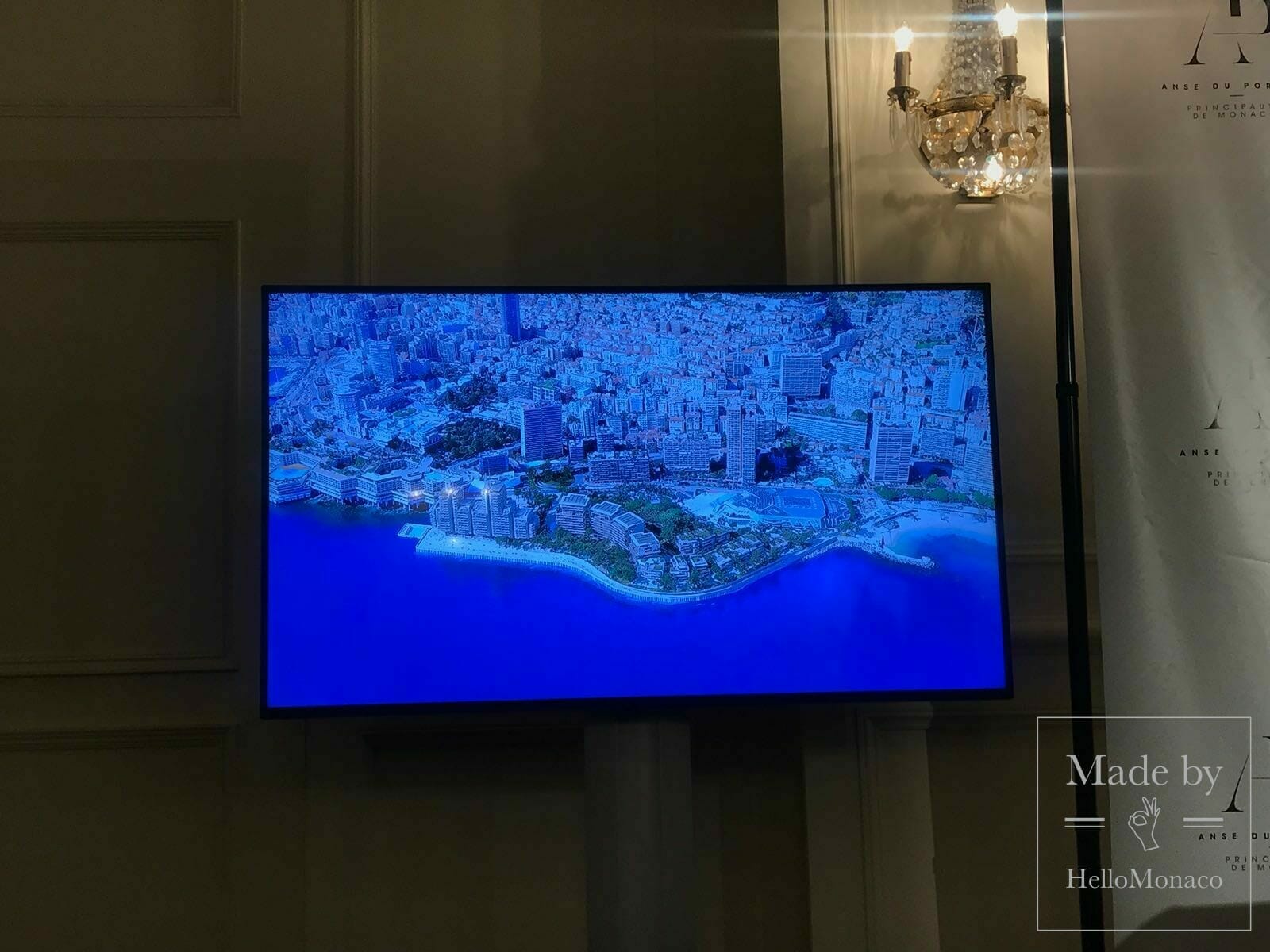 According to Mr Bonnave, the floating structure is entirely dependent on the correct compaction of the concrete and how the caissons are balanced. Once this is right, the assembling of the caissons does not present any problem. The island construction, as such, will resemble in many ways that of a LEGO project, with one basement block tightly fitting the other. Up to 2 caissons can be installed monthly. According to a preliminary forecast, the last and 18th caisson will thus be put in place before summer 2019.

It is worth highlighting that the total private investment in the project is of the order of 2 billion euros. Once the sea-works are completed, the ground-based infrastructure can be initiated. Let us hope that this process will be handled similarly, that is in harmony with nature and planned meticulously, like this first phase, with reliable working schedules.