It takes a lot to steal the limelight from the Monaco Yacht Show. It’s well-nigh impossible. Faced with those glorious super-yachts, often moored near equally spectacular super cars, what else could possibly compete to turn heads? 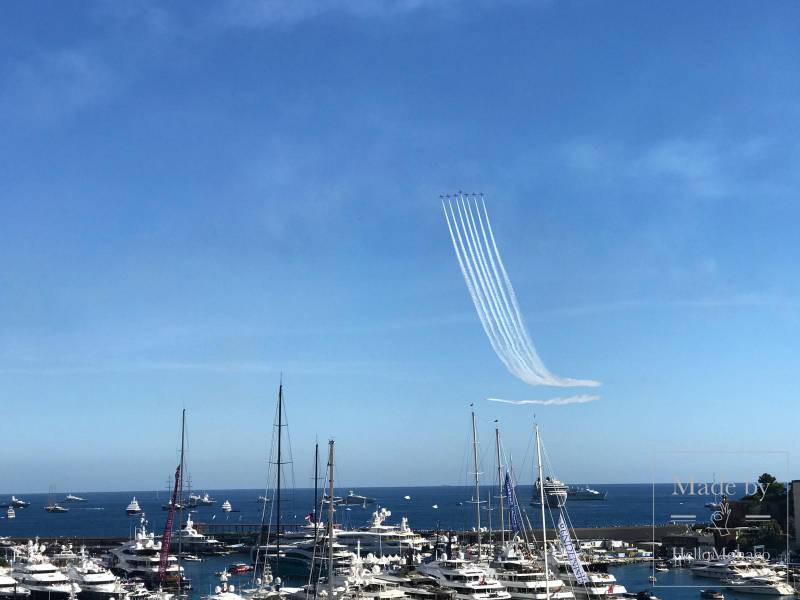 The Red Arrows. This is a crack team of air aces from the Royal Air Force in the UK. They have wowed the crowds at the Monaco Yacht Show once before; five years ago to be exact for the tenth anniversary of the British company Superyacht. This time it was the thirtieth anniversary of the English naval shipyard Pendennis and it started with a Big Bang or a Big Vroom – as if 100 Formula 1 cars were taking off the grid. Except this time all eyes were on the sky not on the racetrack.

HelloMonaco watched it from Monte Carlo Beach and from the Yacht Show, the visual results were equally stunning – spectacular swooping, diving, near vertical accelerations at lighting speeds. And precision formations in the form of an arrow, wing tip to wing tip. It could have been a battle for command of the skies and seas around Monaco there was so much action. Nine jets leaving coloured exhaust fumes in their wake to add to the spectacle. The crowds loved it and the Red Arrows returned the sentiment carving a huge heart in the sky with an arrow through it.

Let’s hope there is another major anniversary to celebrate at next year’s Yacht Show. And everyone shout in unison, “Bring back the Red Arrows”. After that breath-taking performance no-one is willing to wait another five years to see these aces criss-cross the skies above Monaco again. 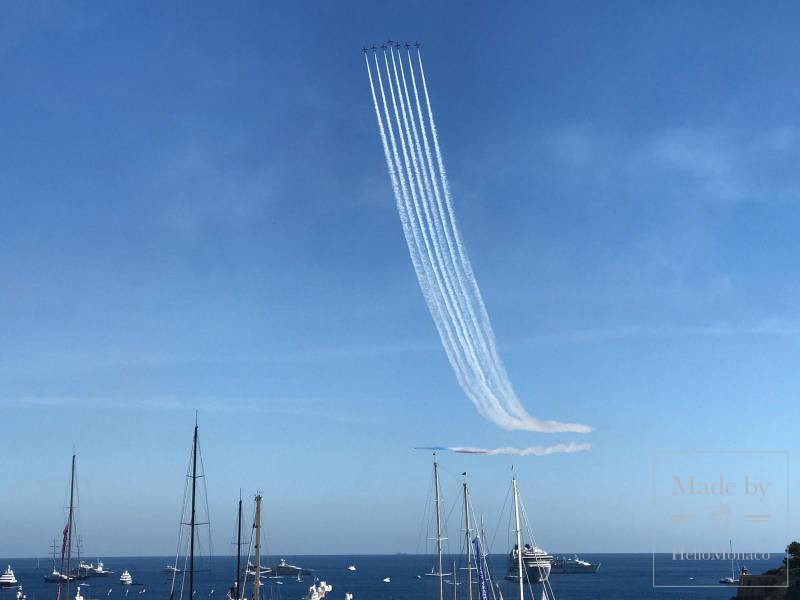