The winter period in Monaco always turns out to be very calm. With the advent of warmer weather, the Principality wakes up and is ready to surprise you with a wide variety of leisure events. They will not leave you with the slightest opportunity to get bored — of that you can be sure. We present here the most exciting entertainment that will take place in Monaco in the next few months.

With the support of the Prince of Monaco, the gala evening, organized by Femmes Leaders Mondiales Monaco, will take place for the 3rd time. The principal driver of this event is the desire to protect women from cardiovascular diseases, which are often the main cause of their death. The event takes place in the presence of Princess Stephanie. Do not miss this evening of real female solidarity!

Peace and Sport in partnership with DENJS, APEM and the Princess Charlene Foundation organize a Rally impacting more than 400 youngsters from Monaco (from 3 colleges), coordinated by the ambassadors of the Foundation, to promote the International Day of Sport for Development and Peace.

The Rolex Monte-Carlo Masters, organized by S.M.E.T.T., is the first European tournament in the ATP World Tour Masters 1000 category and one of the most famous tournaments among professional male tennis players. Let’s see if Rafael Nadal will manage to keep his winner’s title this time. 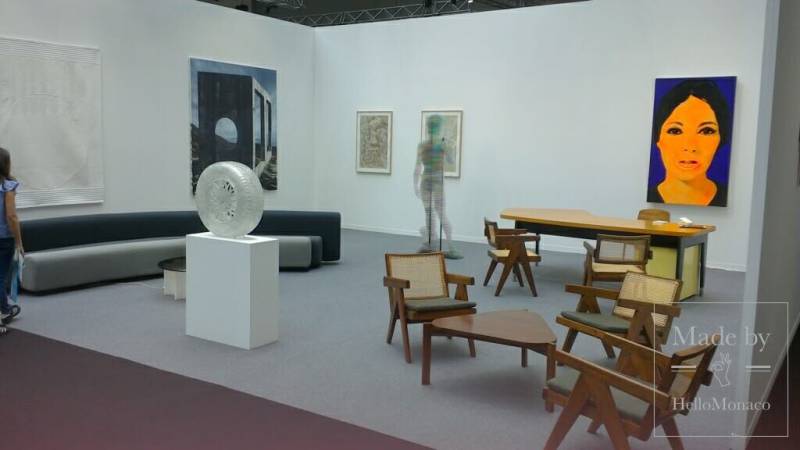 The most anticipated exclusive art exhibition of Monaco artmonte-carlo in the Grimaldi Forum is a real haven for modern art and design enthusiasts, perfectly embodying current and future trends. In 2019, artmonte-carlo is expanding its artistic spectrum by offering an art and design pavilion (PAD) which will impress visitors with masterpieces of decorative, applied and native art, as well as historical and modern design.

As part of the Monte-Carlo Sporting Summer Festival 2019, top-stars of Russian pop music will perform in Sporting Monte-Carlo. You will have the opportunity of enjoying the romantic songs of Valeria, the charismatic compositions of Ani Lorak, the charm of Emin and the unique voice of the well-known Valeriy Meladze.

It has become a tradition that Formula E alternates with the Historic Grand Prix of Monaco and takes place on the territory of the Principality every two years. For the first time, the race of these «electro-bolides» will take place on the full Formula 1 track. Hopefully, the familiarity of the home location will lead the Monaco team to an epic victory.

It’s no secret that every year all film enthusiasts look forward to this event: the Cannes Film Festival. What kind of surprises will the 72nd edition of the festival bring? Which fresh movies will be shown to the public and who will be the laureates of the famous Palme d‘Or? We can discover this and even more this spring in the Palace of Festivals. And, obviously, we’re not going to miss the slightest opportunity to admire the films and their stars during this red carpet extravaganza of 2019.

The 7th Monte-Carlo Fashion Week is one of the most glamorous spring events of the Principality. The event, organized by the Monaco Chamber of Fashion, transforms the Chapiteau de Fontvieille into a real Mecca for all lovers to look stylish and elegant.

For the 77th time the streets of the Principality will rustle not only from the roar of the motors of the cars, but also from the cries of enthusiastic fans. For the first time, a young Monegasque pilot, Charles Leclerc, will perform on the Monaco circuit on behalf of the Ferrari team. We are sure that the spectacle will be just incredible!

Every year, in June, the Principality of Monaco hosts a «star»event — the Monte-Carlo TV Festival. TV channels, studios and stars of the small screen get together to promote their programs for the press and public, and compete for the prestigious Golden Nymph Awards. The Golden Nymph Award is one of the most prestigious awards in international television, recognizing the best television programs and actors. The original design of the figurine was created by the famous François-Joseph Bosio, who was the main court sculptor of Louis XVIII.

In honour of the return of the relics of Emperor Alexander II to this Cathedral, at the Palais de la Méditerranée, the 4th gala evening of the Russian Cathedral in Nice will be held. An auction will be organized in favour of the temple. Icons and original lithographs of famous artists will be put up for sale, after which a lottery will be played out, the main prize of which will be a sea cruise for two!

The 14th Monte-Carlo Jumping International equestrian tournament, which takes place in the heart of Monaco, Port Hercule, is an indicator of the high level of both sports performance and organization of an event. In Monaco, nothing is impossible, even building a giant arena for show jumping, which requires hundreds of tons of special sand to cover the arena. Well-known is that the main initiator of the sports event is Charlotte Casiraghi. Emotional, spectacular, a most charming show is guaranteed!

At the height of the summer season in the Hôtel de Paris, the public will be able to enjoy breathtaking performances from world recognized opera stars, laureates of numerous theatre awards, Ildar Abdrazakov and Aida Garifullina. Guests will be offered a cocktail, a gastronomic dinner and live performances by top opera singers. The luxurious hall «Salle Empire» where the event will be held is without doubt going to add a special atmosphere to the event.

Helping everyone in the Principality look forward to those warm Summer evenings, the Monte-Carlo Sporting Summer Festival has unveiled an exciting line-up for its 2019 edition.

British singer Charlie Winston will open the Monte-Carlo Sporting Summer Festival on 4 July 2019, 8pm at the OpéraGarnier. Vanessa Paradis will be at the Opéra Garnier on 5 July 2019, 8pm. With «Les Sources», Vanessa Paradis presents us with a bright, new, joyful album which speaks of nature, dreams and love. Melody Gardot will be back at this year’s Sporting Summer Festival, performing at the Opéra Garnier on 12 July, 8pm. The Beach Boys will be onstage at the Salle des Étoiles on 13 July 2019, 8pm, for the Fight Aids Dinner Show.

Dali, a History of Painting

An exhibition entirely devoted to one of the most representative artists of the 20th century, Salvador Dalí, on the occasion of the 30th anniversary of his death. Under the supervision of MontseAguer, director of the Dalí Museum, the Catalan artist will live again through 50 paintings and 30 drawings dating from 1910 until 1983.

Princesses, Crowns and Jewels at the Chaumet and Majesty Exhibition From 12th July until 28th August 2019, the Maison Chaumetwill present the Art of Tiara, a unique show featuring the main refined creations which have been designed by the renowned jewellery house for European royal families for two hundred and forty years. Visitors will be guided by feedback from the journalist and writer, Stéphane Bern, and Royals expert, Christophe Vachaudez.