The HelloMonaco team sends its most sincere condolences to France and especially to the people of Nice regarding the terrorist attack that has just happened and sends support to the families and friends of victims who included three people who died. We pray for Nice.

A man armed with a knife murdered three people – two women and a man – in a terrorist onslaught at this church in Nice on the Côte d’Azur. The killings took place at 9am this Thursday inside the Notre-Dame Basilica in the centre of the city. 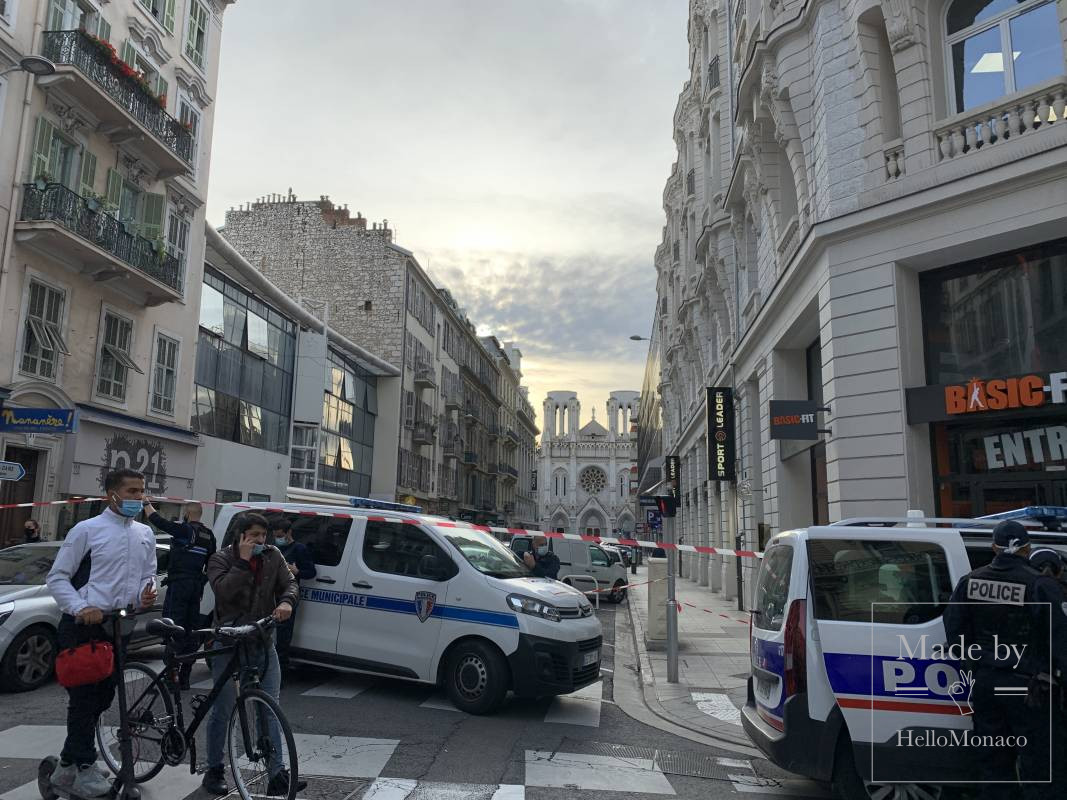 Who Were the Victims

Who were the innocent ill-fated victims? One of them was reported to be a 60-year-old woman who had her throat cut to the extent she was virtually beheaded. A man, believed to be the church warden, was the second victim. And equally sadly a woman in her 40s was critically injured with multiple stab wounds and yet still managed to escape running to a bar near the church – only to die later of her injuries.

The assailant – named by the French press as Brahim Aoussaoui, but whose name is in the process of being verified – was shot by police and seriously wounded in his shoulder and transported to hospital. He is reported to be a 21 year old Tunisian national who arrived in France via Lampedusa in Italy at the end of September. Police sources had indicated he had travelled by boat from Tunisia to the Italian island where he was placed in coronavirus quarantine before being released and instructed to leave Italy. 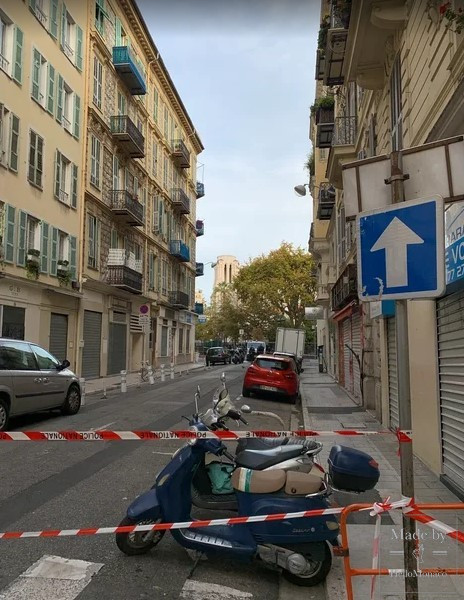 French President Emmanuel Macron has referenced it as an “Islamist terrorist attack”. He stands strongly behind the philosophy that France will not surrender its core values after visiting the Notre-Dame basilica in this Côte d’Azur city. An extra 4,000 troops are being deployed to protect churches and schools, on top of the existing 3,000 already assigned.

President Macron is quoted as saying: “If we are attacked once again it is for the values which are ours: freedom, for the possibility on our soil to believe freely and not to give in to any spirit of terror… I say it with great clarity once again today: we won’t surrender anything.”

The national anti-terrorist prosecutor confirmed an investigation has been initiated into killings linked to a terrorist organisation.

Churches all around France sounded the death knell in unison on Thursday afternoon to pay homage to the victims. And all over Europe, from the United States and indeed around the world messages of solidarity are pouring in.

Nice has suffered tragedy before – particularly on the evening of 14 July 2016, when a 19-ton cargo truck was deliberately driven into crowds of people celebrating Bastille Day on the Promenade des Anglais resulting in the deaths of 86 people and the injury of 458 others. Nice rose to overcome that tragedy and has the courage to rise again yet stronger from this latest calamity. 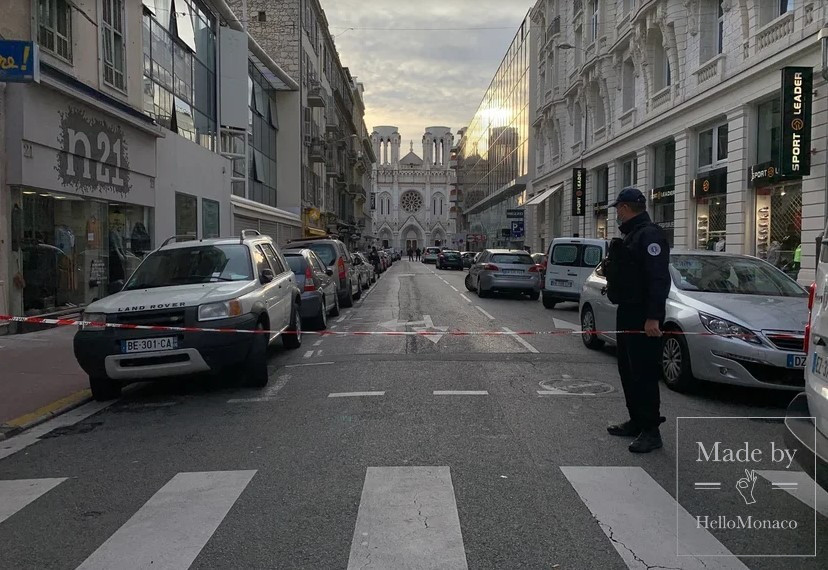 Two other attacks took place on Thursday, one in France and one in Saudi Arabia. A man was shot dead in Montfavet close to the city of Avignon after menacing police with a handgun.

A guard was attacked outside the French consulate in Jeddah in Saudi Arabia. A suspect was arrested and the guard hospitalized.

President Macron has convened a meeting of the defense and national security council. The Nice slaughter is being treated as an emergency attack on the whole of the territory of France.