Theatre is very much alive and well in Monaco and the Monegasques theatrical community turned out in force to celebrate a great cultural event – UNESCO’s World Theatre Day at Princess Grace Theatre under the patronage of Princess Stephanie.

Four theatre companies from the Principality took advantage of the opportunity including “Le Studio de Monaco” which was the first amateur group to form a theatre association in Monaco back in 1939. They continue to give courses in acting, dancing and singing to this day. On Wednesday, March 27, 2019, at 8 pm, the four Monegasques theatre companies gathered for this jubilee evening dedicated to the performing arts and the promotion of dialogue and peace between peoples. 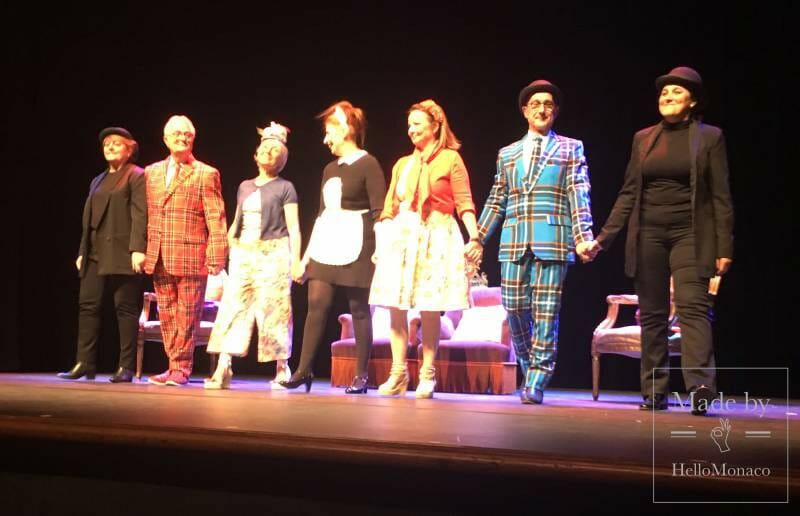 Initiated in 1961 by the International Theatre Institute (I.T.I.), and supported by UNESCO, World Theatre Day is celebrated every year by directors, actors, actresses and their audiences through numerous national and international events. Princess Grace Theatre, beautifully designed by Grace herself fits the spirit of the occasion like a glove, cosy, welcoming and social it allows close proximity to the the actors. This is Monegasque theatre of the buoyant home-grown variety, refreshing, imaginative, experimental, daring and flamboyant.

The busy programme for the evening, all Monegasques, included:

Take for example Studio de Monaco’s courageous rendition of Antigone – an Ancient Greek classic. Delve behind the story and into the characters themselves and they play out moral dilemmas with which we all relate to. Did you know that this was probably the original theatrical portrayal of a major act of civil disobedience? Thousands of years later and the same moral conflicts around civil disobedience abound in the world. Does it strike you as an amazing coincidence that Jean Anoulh wrote and produced this modern version during the German occupation of Paris in the Second World War! Was there a courageous message there to the besieged French? 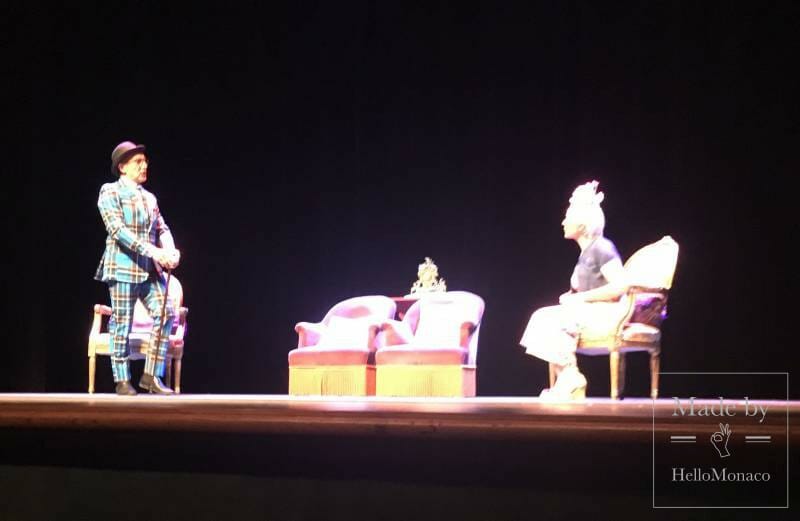 Monegasque Theatre is more than capable of changing gears and putting you in a state of complete relaxation. Sophie Cossu does it with her fun play “The World according to Leo” in search of the moon. The original story is about Leo who is heartbroken that the moon has disappeared. Leo then goes in search of it around the world to convince the moon to return to its night shift so that all children can continue to dream. It’s a show filled with sketches of humour, dance, music and sweet hopes – including a child’s world of wonder. Sophie and her cast entertain all us grown-ups who who continue to dream, who love to fall back into childhood and who appreciate theatre and dance, home-made with passion.

In 2004 Director of “Leo” Sophie Cossu, along with her friends and colleagues Letitia de Massy and Carlo Casaccia, co-founded Les Farfadets, based in the Principality.

“We didn’t ask for funds, just a chance to show that we were doing good work,” Sophie is reported remembering. More than good work because they are also acclaimed as creating “Big theatre out of this small Principality”. 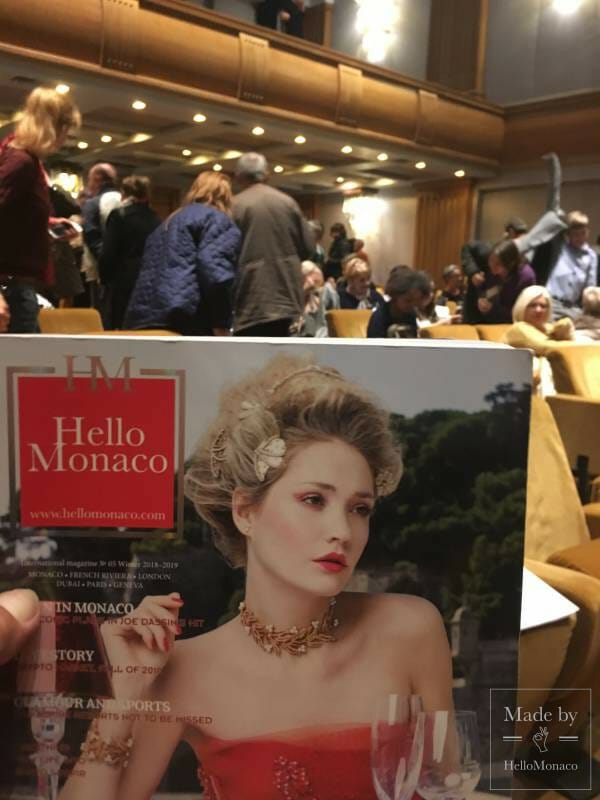 Where creatively can Monaco Theatre waken us from our childhood dreams and still keep the mood light and frivolous. Clélia Pastor and Danielle Daumière found the path and played out for us all the Absurd in the “Cantatrice Chauve”. Other than enjoy and be amused you would be wondering – How an earth did the author manage to capture the absurd so well in this script? Would you believe it that its origin was from learning English using an Assimil book whose text struck the author as itself more than a touch absurd. A flourish of the pen and a few imaginative somersaults and hey presto the humorous script of absurd conversations and the “English teacher” has somehow morphed into “The Bald Prima Donna”. Torture someone with English lessons and their creative angst creates amusing theatre! 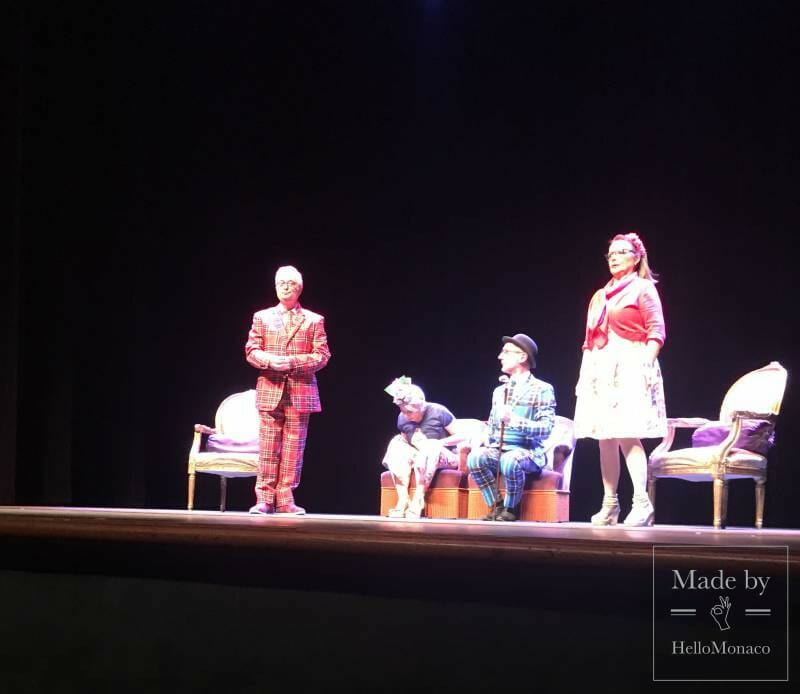 Not just amusing as it holds the world record for the play that has been staged continuously in the same theatre for the longest time – and is now recognized as a modern classic in the Theatre of the Absurd. “Cantatrice Chauve” was beautifully presented by Compagnie Florestan which was created over thirty years ago and where “There is then in the heart, no place for pettiness or baseness.”

“L’hôtel des fruits de la passion” (The Passion Fruit Hotel) is a hilarious comedy that kicked off the evening. Presented by L’Anthéâtre and Directed by Ann le Forestier and Anthéa Sogno it has a wickedly funny ending. The play opens with the visit of a very rich client to a hotel whose owner prays is a prospective buyer of his hotel business. In his enthusiasm to describe its profitability he reveals all his tricks for evading paying tax. The jolly climax is when the supposedly mega-rich client reveals herself to be a tax inspector. 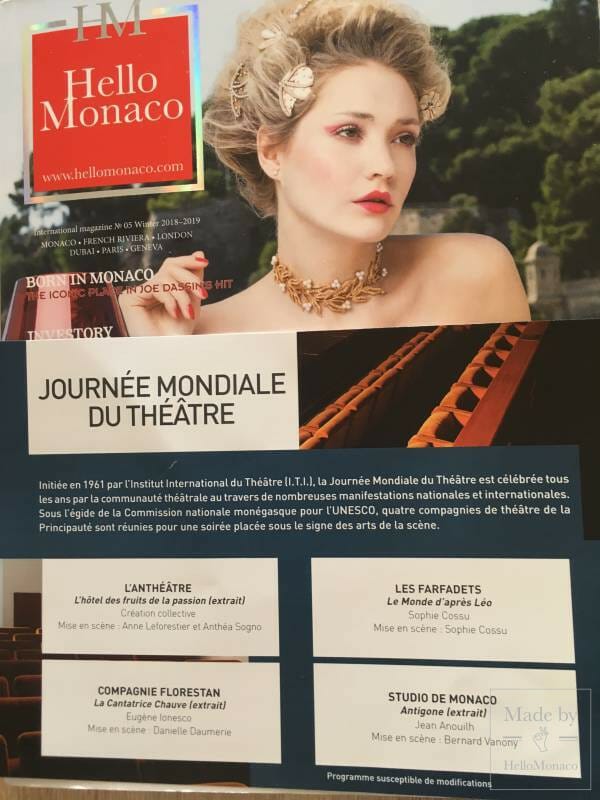 Laughter, warmth and companionship filled the crowded and happy atmosphere in Princess Grace Theatre on this World Theatre Day. One can only hope that World Theatre Day would happen once a month. Still we do have another wonderful one next year to look forward to!