The start of this year has been marked by the arrival of a new president for the Youth Economic Chamber of Monaco (Jeune Chambre Economique de Monaco). This post is now taken by Olena Prikhodko, a native of Kharkov, who became the youngest among her predecessors.

A solemn ceremony was thus held in Monaco at the end of January – the former President of the Youth Chamber Olivier Mura transferred his powers to Olena Prikhodko, the first Russian-speaking president of JCE.

It must be said that Olena already has an experience of participating in a number of joint United Nations projects. In addition, she represented Ukraine during the international conference World Movement for Democracy in Qatar and in 2009 was recognized by the Ukrainian Cabinet of Ministers.

Olena knows firsthand how to open a business in the Principality of Monaco. In 2015, she founded her own company Modelex SARL providing personalized educational programs for students. It is therefore not at all surprising that she was the one to be chosen as a president of the Monegasque organization.

The Youth Economic Chamber of Monaco, or JCE, is part of the International Youth Chamber, bringing together over 200,000 active members from all  around the world aged 18 to 40. The actions of this global organization are aimed at sustainable community development and global change in the world.

“Our task is to increase the economic attractivity of Monaco,” commented Olena during the gala evening on January 23 in La Marée. – We hold various types of educational events both for members of the Chamber and for individual entrepreneurs. For example, we propose an entire training cycle of how to set up a company in Monaco. We also organize a Startup Weekend and breakfasts with MonacoTech. ” 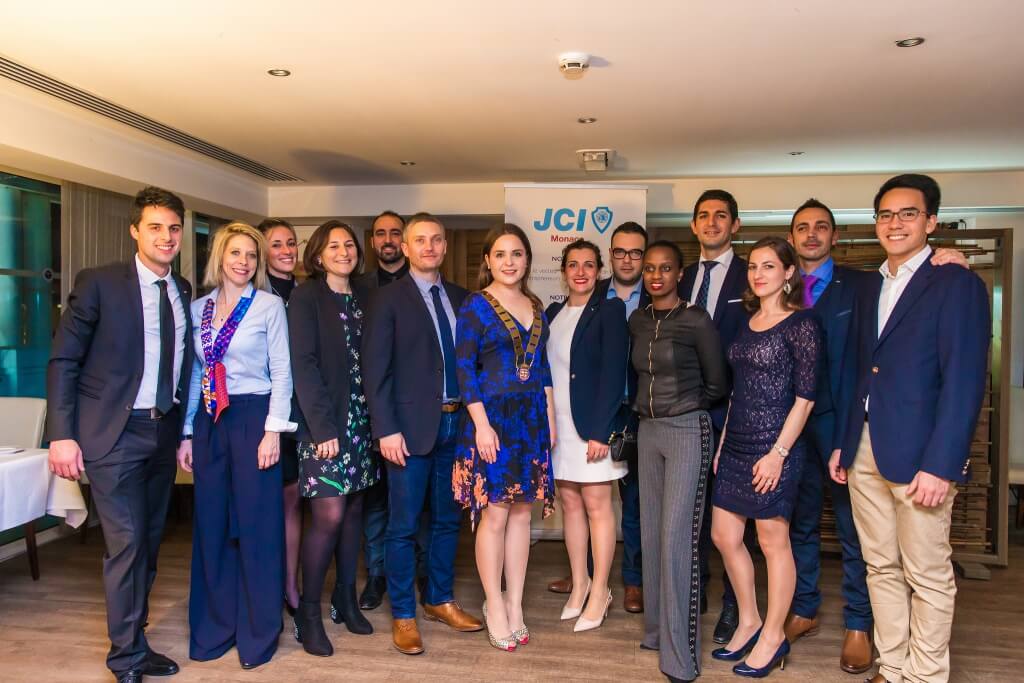 Among JCE partners, you can find government organizations, Monaco Welcome & Business Office, as well as professionals and lawyers who can present different legal types of companies in Monaco.

According to Olena, the JCE’s mission is “to be an innovative structure that “spurs” economic development in the Principality.” In addition, its trainings are also aimed at personal development of entrepreneurs. Public speeches, time management, teamwork are just some of the topics covered by the Economic Youth Chamber of Monaco.

What are the plans of the new JCE president for the coming year?

“We have big plans,” confides Olena. – You certainly know that global changes are happening in the sphere of new technologies. The way they affect people’s lives is becoming a vital question. My task is to carry on the idea of ​​innovative projects initiated by the Youth chamber of Monaco and to assert the Principality’s position towards such new global trends as artificial intelligence or blockchain technology. I can already say that our future projects will actually be devoted to the blockchain technology. We would like to hold events that would explain the nature of the blockchain and show the difference between a crypto currency and this technology. Jointly with the Swiss JCI, we will be organizing a forum that would bring to Monaco companies specializing in FinTech, HealthTech and others. The purpose of such an event is to present legal and tax issues that may be of interest to the entrepreneurs.”

Looks like this year the business calendar of the Principality will have one more event that would be interesting to the successful entrepreneurs. Let us wish all the success to Olena Prikhodko in her new position.