Now established as a one-design winter base through its organisation of the Monaco Sportsboat Winter Series, attracting some 100 international teams, the Yacht Club de Monaco, under the presidency of HSH Prince Albert II, continues to ramp up its sailing policy.

Taking full advantage of a Clubhouse designed by Lord Foster and facilities ideally suited to regattas and hosting crews and their partners, the Monaco Yacht Club has added two new events to its calendar in 2018.

“These two meetings I am certain will position our Club at the forefront of international sailing,” said Club President, HSH Prince Albert II, at the YCM’s traditional winter cocktail.

At the beginning of June, a dozen teams are set to stopover in the Principality for the first time to take the start of a double-hander offshore race on a course that embraces some of the most emblematic marks in the western Mediterranean.

The race was an obvious one for YCM Vice-President Pierre Casiraghi: “The arrival last year of Malizia II, the Yacht Club de Monaco’s offshore flagship, is part of our Club’s sailing policy, the ambition being to encourage our young sailors to dream and think about new vocations. Following our participation with Boris Herrmann last year in the Rolex Fastnet Race 2017, then the Transat Jacques Vabre, we were keen to host these 60’ mono-hulls for the first time in Monaco. We want to offer them a course that showcases the beauty of the Mediterranean and its enormous potential for sailing.”

On the programme: 1,400 nautical miles, four days and three nights of racing. After the start in Monaco, the fleet races down Corsica’s west coast before being propelled through the Strait of Bonifacio, towards the Aeolian Islands, where they tack in front of Stromboli and head for Palermo in Sicily. The fleet then sets course for the Balearic Islands before returning to Monaco.

A qualifier for the Vendée Globe

The Monaco event marks the start of the new IMOCA 2018-2020 championship, renamed the Globe Series, with a system of points and weightings over a four-year period. The goal for sailors is to rack-up a maximum number of points to qualify for the big offshore races, with the Vendée Globe as the holy grail.

Competitors who decide to come to the Mediterranean can look forward to a challenging first stage.

These 60-foot (18.28m) mono-hulls made their entrance onto the race scene in 1986 at the BOC Challenge and are among the fastest modern racing hulls. Built using composite materials, they are designed to be as light as possible for speed, yet robust enough to withstand oceanic weather conditions.

While the class may have decided to constrain its rating for safety reasons, IMOCA boats have continued to embrace innovations. Fixed keels became canting, hulls are more powerful (with more volume in front) and of course foils have made an appearance. These “Dali moustaches” take the weight of the hull and reduce hydrodynamic drag allowing the boat to go faster on certain points of sailing. 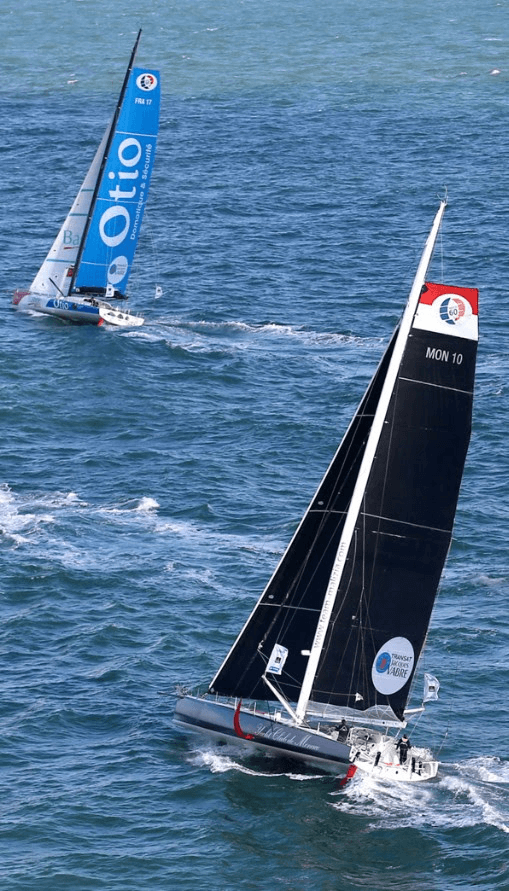 The Monegasque boat Malizia II, former Gitana 16 that belonged to Sébastien Josse, is a newcomer to the YCM fleet and embodies the new generation which is considered one of the best mono-hulls competing in the last Vendée Globe. Fitted with a standardised keel and mast, the hull’s voluminous bow improves performance, not forgetting foils in place of the straight daggerboard of previous IMOCAs.

Friday 1st June 2018
Exhibition day for teams and their sponsors