A strong message was expressed by Dmitry Rybolovlev, ASM President, and Vadim Vasilyev, ASM Vice-President, CEO, at the press conference yesterday on January 16. Determination, no less, to secure AS Monaco’s rightful place in the soccer world – last seen when they were 2017 League Champions.

AS Monaco FC (“ASM”) presented its long-term development projects at a meeting of the Club management with its partners. The Club’s key infrastructure projects in the coming years will be the construction of the Center for Sporting Excellence at La Turbie, the renovation of the stadium’s premium boxes, and the construction of a modern dormitory for the Club’s Academy students in Cap d’Ail. 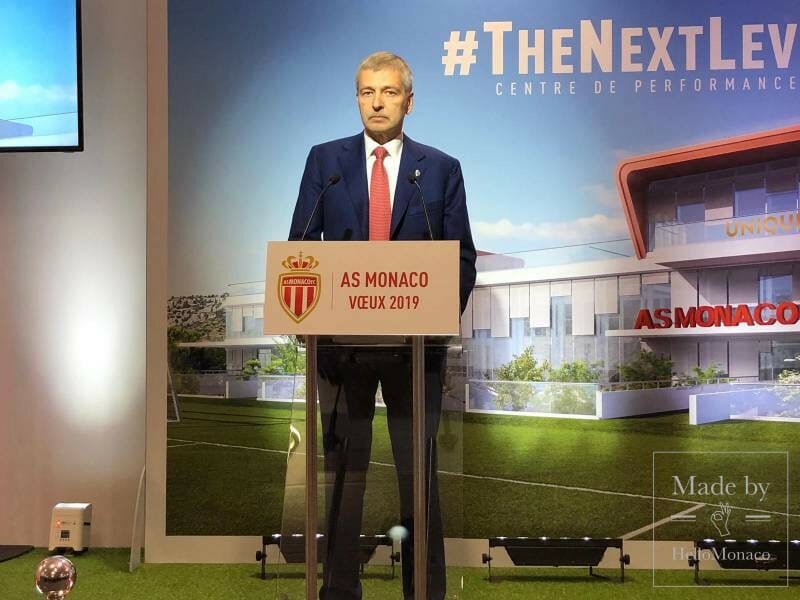 The current troubling period is requiring a whole series of new initiatives starting with the arrival of Thierry Henry as a coach – undisputedly one of the greatest players of his generation. Henry is now going through an ordeal by fire to hoist AS Monaco out of the drop zone.

Flanked by Dmitry Rybolovlev, Vasilyev underscored the efforts the Club is making to strengthen the team in this winter transfer window – introducing the latest hiring successes (and hinting at imminent transfers out).

The meeting, which took place on Wednesday at the Louis II Stadium, was attended by representatives of the authorities of the Principality and neighboring French towns, leaders of sports organizations, local business leaders, and journalists. 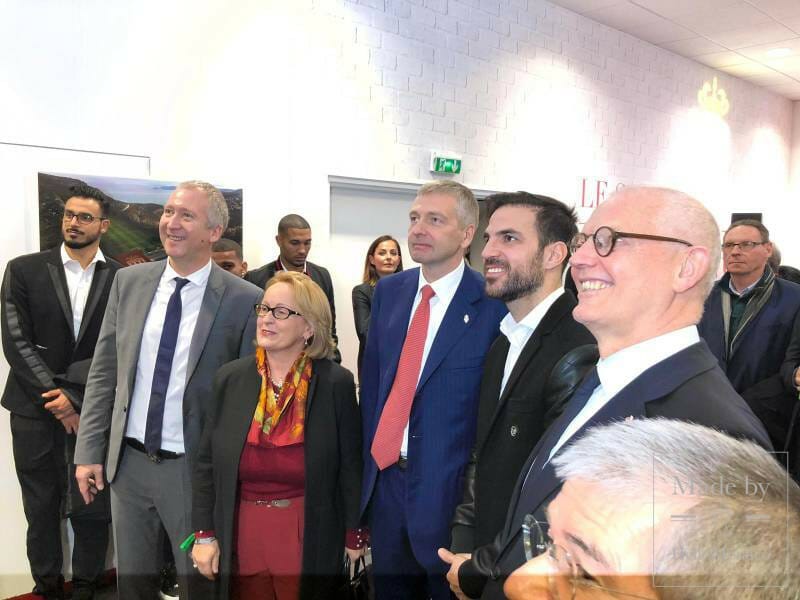 Vasilyev welcomed Fodé Ballo-Touré and William Vainqueur making up the quartet of arrivals. He cited also the need to transfer in a strong attacker to realize the winter-transfer window goals – acknowledging disappointment that the transfer of the Belgian attacker Michel Batshuayi to Monaco had been blocked by Chelsea who prefer instead to loan him to Valence.

“ASM will soon open its Center for Sporting Excellence, which will be one of the most advanced in Europe. This Center will provide our players with the best possible environment in which to train. We will also welcome our sponsors, partners and fans at our high quality facilities. In addition, the stadium will have new VIP-boxes by the beginning of the next season, which is an important development milestone for ASM. Finally, the Academy will have a unique complex in Cap d’Ail, which will be at the disposal of our youth players and coaches.”

Dmitry Rybolovlev took the centre-stage in the VIP lounge with assurances that the funds for investment in the major AS Monaco projects were earmarked for the long-term success of the Club. Fifty five million euros of new investment. Rybolovlev presented the broad outlines of the futuristic and ultra-modern La Turbie Performance and Training Centre on which work has already commenced. And Vadim Vasilyev interjected with additional assurances on moving ahead with the 18 new VIP lodges at the Stade Louis II.

Dmitry Rybolovlev, expressed special thanks to the authorities of Monaco and to His Serene Highness Prince Albert II who is according to him “the number one supporter of the Club”.

“And of course we are very grateful to the Monaco authorities and especially personally to His Serene Highness Prince Albert II for their continued participation in the life of the Club and after our victories to share our happiness as well as during difficult times we are always sure to be supported by number one fan of the AS Monaco FC.”

“I am absolutely committed to making every effort to continue to take this Club forward over the long term. We have already invested EUR 335 million in ASM, and the Club has started to make profits, which it is now able to reinvest in further development. Rumors about a potential change of ownership at the Club have been repeatedly denied. I believe that the projects presented today speak best about our long-term commitment to ASM.”

The long term is made up of a series of short terms. The fire is burning. Thierry Henry has no time to lose. The strengthened team must climb out of the relegation zone and win the League Cup.

Then there is a new beginning.

Youssouf Fofana is called up with Les Bleus for the World Cup!

Brazil: Leclerc In Contention for 2nd Place in the World Drivers Championship

A Historic Win for Monaco Women’s Basketball against Formidable Opponents

AS Monaco among the best academies in the Big 5!

AS Monaco draw but stay on course for the knockout rounds

Youssouf Fofana is called up with Les Bleus for the World Cup!

Brazil: Leclerc In Contention for 2nd Place in the World Drivers Championship

A Historic Win for Monaco Women’s Basketball against Formidable Opponents

AS Monaco among the best academies in the Big 5!

AS Monaco draw but stay on course for the knockout rounds