This monarch was the founder of diplomatic relations between Russia and Monaco, and he also signed an agreement for the construction of the first railroad through the Principality. He was the one who built the Monte Carlo area with its famous casino. It was under his reign that the first economic reforms in the Principality were introduced. Charles III thus ensured the future prosperity and wealth of this small state.

In 1856, Florestan I abdicated in favour of his son and heir Charles III. When he took over the Principality, the situation was not ideal. In prior years, the small country had to cope with global revolutionary unrest, in particular in neighboring France.

The prince’s power was undermined, the economy was in decline, and few people were willing to visit Monaco or to even learn anything about it. Back then, there were hardly any roads in this mountainous region, never mind a railroad linking it to neighboring France. In addition, as a result of perpetual territorial disputes with France, the Principality did not control nearly 90% of its own territory. The populations of Menton and Roquebrune wished for independence and were rioting.

The rebellious cities were first promised, and then refused the protectorate of Sardinia. However, they did not give up and were still hoping to become independent. The reason why they fought for this so resolutely was due to the poverty that prevailed in the Principality. The new prince buckled down with renewed energy, as he had no intention of losing this battle.

He started by implementing economic reform to somehow patch the holes in the budget. For this purpose, the state introduced a sales tax for crossing the French border. But Monaco needed more than that. Charles closely followed international politics. He knew that in order for this small principality to survive, he needed to keep up with the latest trends.

That is when Napoleon III came to power in France and lifted the ban on gambling establishments spreading all across Europe. The Prince took notice of this change.

In the mean time, tired from the militant activity in Menton and Roquebrune, the Prince finally decided to pass these cities on to France. In 1861, a treaty was signed under which Menton and Roquebrune would become part of the French Republic. The Principality received a compensation of 4 million francs. And that was only the beginning.

The Prince then started to build up a relationship with yet another distant, but powerful country: Russia. In 1858, Charles established the first Monaco Order of St. Charles, while strengthening his friendship with the influential ruling Tsar of Russia, Alexander, who later became the first royal to receive this award, the highest state award in Monaco.

In 1877, Charles III appointed Jean Planchet to be the first diplomatic representative of Monaco in Saint Petersburg. This step proved to be very fruitful for both countries. During his mission as a Consul of Monaco to Russia, Jean Planchet contributed to the signing of a number of agreements with Russia, among them, the agreement on mutual legal and medical assistance for the citizens of both countries, and an act on criminal extradition.

In 1856, the Prince issued a decree to create a panel responsible for upgrading the coastal line, and later, the whole territory of the Principality. In response to this Ordinance, “La Société des Bains de Mer” was born.

Meanwhile, Napoleon was overthrown in France. The ban on gambling houses in Europe returned. The Prince of Monaco then realized that this was his chance. He planned to legalize gambling and build his own casino.

His mother Caroline Grimaldi helped Charles carry out this difficult task. She managed to gain the support from the wife of a French businessman, François Blanc, by persuading her that the Mediterranean climate would suit her perfectly. Charles III eventually convinced the famous Blanc brothers, casino owners first in Paris and then in Hamburg, to move to the Principality.

It was rumored that these brothers had sold their souls to the devil in order to learn the secrets of gambling. The Prince invited them to build a new casino in the area which is later renamed Monte Carlo or “Mount of Charles”. This was the start of the golden age of the Principality. 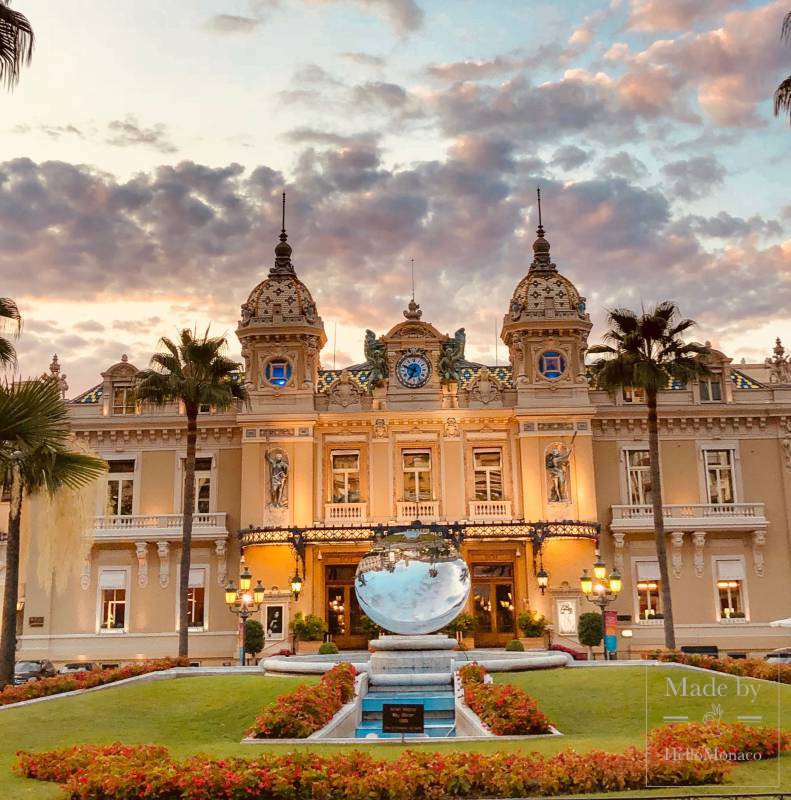 In 1863, the Casino of Monaco opened its doors to the public. A large flow of visitors, for the most part the aristocracy, came to the Principality as the gambling houses were banned elsewhere. At the same time, the Prince was looking after infrastructure. He required a good road network to make access to Monaco easier. Archives say that 5 years afterwards, more than 150,000 tourists from different countries, including America, visited the Principality.

Once again, the energetic Prince upheld the expectations of his subjects. He signed a new agreement with France to build a Nice-Genoa railway, crossing the Principality. Charles could then afford it thanks to the 15% of the casino profits paid to him by François Blanc, the first director of the Casino of Monaco and “La Société des Bains de Mer”.

In 1863, Charles III also approved the flag and coat of arms of Monaco.

A year later, he signed a peace and friendship treaty with Tunisia and a customs treaty with France.

During the reign of Charles III, Monaco established its own diocese, and so the Prince thus gave religious independence to the state.

Charles also began to mint his own gold coins and issued the first Monaco stamps. Monte Carlo was growing rapidly. More and more buildings were constructed in the area after the Casino: the Hotel de Paris, the Café de Paris, etc….Thanks to the income from the casino, Charles III liberated his subjects from taxation, which attracted additional foreign capital into the country.

Towards the end of his life, the Prince rapidly lost his sight due to an old war injury and eventually went completely blind by the age of 60.  He died at age 70, in Château de Marchais, in France.

His wife Countess Antoinette de Merode gave him a son who was to be the future Prince of Monaco, Albert I. He distinguished himself and the Principality thanks to his scientific achievements and later became known as a “scientist prince”. You can find more about Albert I in our section on the Grimaldi Royal family. Knowing more about Prince Charles III allows us to appreciate how much he accomplished and how much he transformed the growth and prosperity of Monaco, as well as how he forged a path for his later descendents.