«To not pay taxes — one must be born in Monaco», sang the legendary Joe Dassin. This year, the French singer, known for his compositions L’Eté Indien and Et Si Tu N’existais Pas, would have turned 80, and this is an excellent occasion to look back on his career. He’s probably the first singer to put Monaco in the spotlight, and he did it with the song Il Faut Naître à Monaco. Released in 1975, it stayed in the French charts for two weeks. At that time, Monaco had already successfully proven itself as an independent state, associated with wealth, spectacular parties and a soft tax policy. 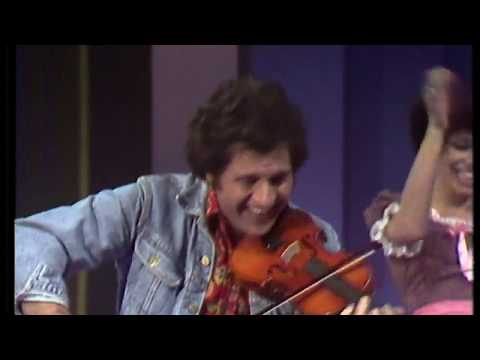 Unusual Song for an Exceptional Place

Joe Dassin is well known not only in France. His albums were released all over Europe and in the USSR. Many of his songs stayed atop the music charts for several weeks.

The first half of the 70’s was not very fruitful for Joe. Problems in family life and the lack of new songs that could become summer hits led the singer to think about ending his career. However, everything changed with the release of a new album.

In 1976, Le Costume Blanc, which included Il Faut Naître à Monaco, was a resounding success and helped the singer regain his confidence. There was one song that stood out among the lyrical ballads. Humorous lyrics, toe-tapping melody and the title featuring the Principality of Monaco were a successful combination.

Nevertheless, the foreign audience did not pay much attention to this tune, lost among the hits. Unlike other songs, it was not translated into other languages. The lyrics, based on familiar sayings and clichés, were quite clear to those familiar with French culture. For them, no wonder the Principality was included in the lyrics for the song, reflecting another reality: to not pay taxes — one must be born in Monaco.

Despite the humorous nature of the song, thirteen years before its release, the Principality was having a hard time struggling to maintain its tax policy.

The beginning of the 60’s was not the easiest time for the Principality and its ruler Rainier III. First, the Prince had to confront the Greek millionaire Aristotle Onassis in order to get control of SBM. Then, a «tax war» with France and its president Charles de Gaulle began. The fate of Monaco hung by a thread after the French president decided that the Principality should revise its tax policy and impose a tax on income. When de Gaulle threatened to «cut off the oxygen to the Principality» and stop water and electricity supply, putting a patrol on the border with Monaco, Rainier III had to make concessions.

By that time, Monaco had become a mecca for businessmen, and de Gaulle began to oppose the fiscal policy of the Principality for a reason: French companies literally fled from France to the small state.

In this confrontation, the main concession of Monaco was that French citizens who lived in the Principality would be required to pay taxes, according to the French system of taxation. In addition, all companies located in Monaco and receiving more than 25 % of sales outside the Principality, were subject to the French tax code. The French president got what he wanted. Nevertheless, Rainier III was able to bring his country out of the crisis with dignity.

There were some other changes in the Constitution. In 1962, the ruler of Monaco and the National Council divided their responsibilities. From that moment the Minister of State, appointed by the Prince, dealt with all the current issues and represented the interests of Monaco on the international scene. Legislative power was divided between the Prince and the National Council. The latter had the right to approve the budget, discuss and vote for laws, but the members of the Council had no executive power.

Despite these issues of foreign policy, the Principality actively attracted the rich and famous. Hence, in the Café de Paris, customers were given the opportunity to play bowling which was much in vogue at that time. In 1966, the Principality celebrated the 100th anniversary of the creation of Monte-Carlo. On this occasion SBM organized a luxurious ball in Salle Garnier and on the Terraces of the Casino with the participation of the Princely couple.

At the same time, Monegasques were witnessing the large-scale construction of a new quarter called Fontvieille, which was being built right into the sea. This project allowed the Prince of Monaco to increase the state’s surface by 20 % in the early 70’s.

In the 60s, Aristotle Onassis and Maria Callas were frequent guests of the Principality. Their presence only improved the image of Monaco. Then in 1974, Josephine Baker attended the opening of the Monte-Carlo Sporting Club. The same year was marked by the first International Circus Festival of Monte Carlo and 36-year-old Joe Dassin, at the height of his fame, visited Monaco on this occasion. He had just released a new album including Vade Retro and Si Tu T’appelles Melancolie that became an absolute success.

The French singer had been to Monaco before. When asked about how much time he needed to recover after a performance, the singer confessed: «After performing in the open air before a twenty-thousand crowd — about two hours. After the concert in the Sporting Monte-Carlo — one and a half minutes. These are completely different things».

Dassin visited Monaco several times. Perhaps, attracted by this place, he decided to make an exception by including such an unusual song in his repertoire.

Joe Dassin passed away at the age of 41. During his career, he managed to release more than fifteen studio albums and took part in five films. His hits are still popular among different generations around the world. Like Edith Piaf, Georges Brassens and Dalida, Joe Dassin became not just a singer, but a social phenomenon that will forever remain in the pages of musical history.