Born and raised in Monaco, Pierre Frolla was one with the sea from a very young age. With a father on the national spear-fishing team, Pierre and his brother plunged into the Mediterranean almost daily. But it wasn’t until university that he realised he had a special talent. During a routine immersion in class, Pierre broke the French record. From then on, he became a four-time world record holder for free-diving. In 2002, Pierre opened his l’école bleue, dedicated to teaching children to swim, dive, and respect and preserve marine life. Today, aside from teaching the wonders of the sea, Pierre is a champion for peace, an ambassador of the ocean, and organises charity benefits for disadvantaged children. Pierre took a time out from his new father duties to share his passion, his happiness and his words of wisdom. 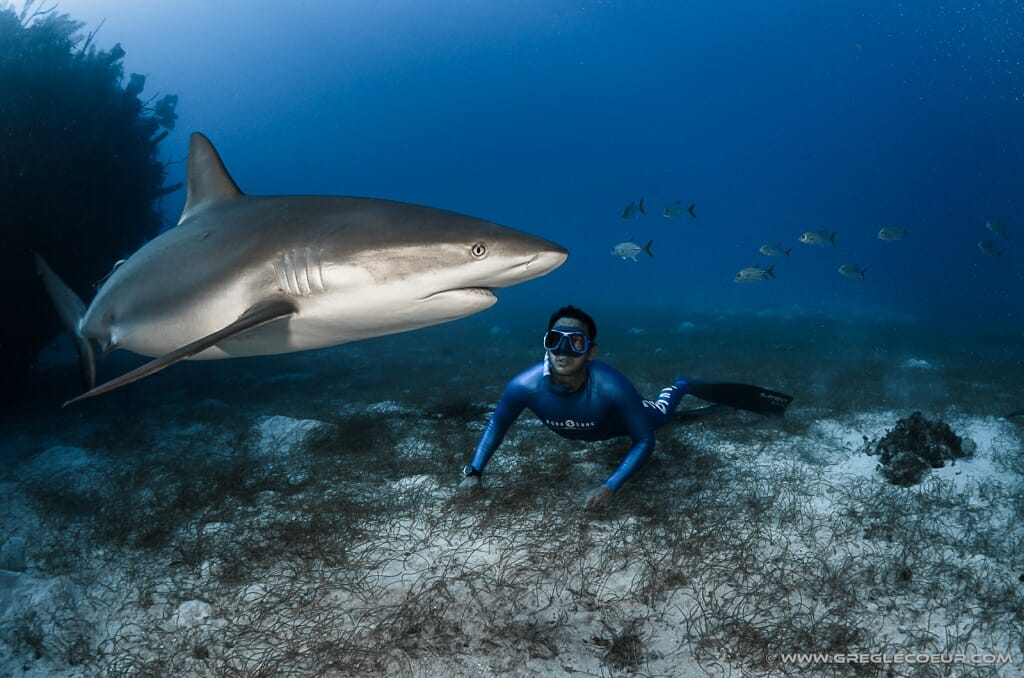 HelloMonaco: How did you get your passion for the sea?

HM: How did you start your professional career as a free-diver?

HM: Do you differentiate your purpose in life from your job? Or is it the same for you?

HM: What makes you happy?

PF: I am very happy when I am happy. [laughs] Just decide to be. For example, two years ago, I had a big challenge: I had to make a movie — not a doc but a real cinema movie with real actors. It was crazy. I was afraid, but I was so happy to be afraid for a new challenge. What made me happy was just to have a new goal and have difficulties to be able to reach it. Everyday life is a challenge. I don’t want to have things fall into my lap from the sky; I really want to deserve the things I get. Even a small thing — but if you have it because you deserve it, you’re the happiest person in the world. And I think I’m one of the happiest people in the world.

HM: Do you have difficulty moving from planning to action?

PF: Yes, we all have the same difficulties when we plan something, but I think there are four important elements to be able to reach a goal: first of all, you have to make the unknown known. We are totally afraid about the things we don’t know; but if we face it, if we make the unknown known, it is the first step. Next, you have to know who you are — that’s really important. You have to know what you want, but especially what you don’t want. The third element is you really have to be part of a team. Because alone, you accomplish nothing; what you will be able to do is only because you will be helped by people who take care of you and you will take care of them. And after that, you need a plan. You need strong values and you have to follow a plan. When you have these four important elements, you can be ready to reach your goal. 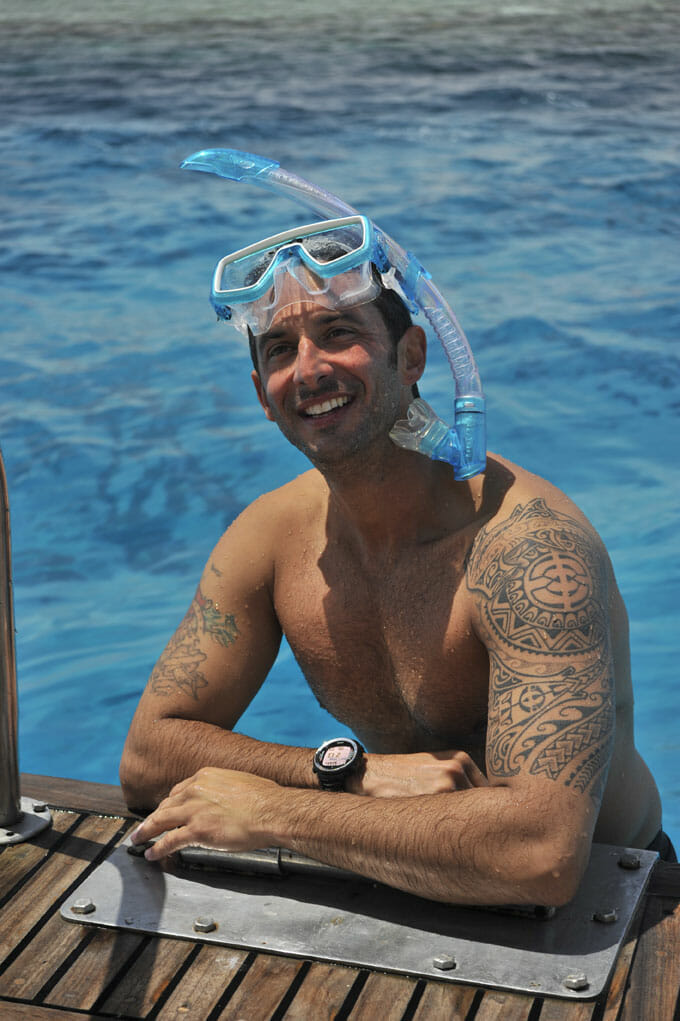 HM: Do you need to be in harmony?

PF: We all need harmony. When you free-dive, you go down very deep and the pressure is so strong and you can’t fight it. So you have to accept this pressure and become like water in the water. And to become part of the element, you have to be okay with yourself. You need harmony. And this is a lesson I’ve had every day since I was young. When I was an athlete, interviewers asked me if I did meditation. And I would say yes, kind of. I was not sitting on the floor or closing my eyes and saying «om». I’m not doing that. Meditation is when you are focusing on something for five, ten minutes and just thinking about the thing you are doing.

So to be in harmony is to be with yourself. And harmony is a necessity to survive. If you are not in harmony, you are always fighting. And if you are fighting, there are only two issues: you win, or you die. It’s always the same. If you are not fighting, life is cool. You are like surfing, you know? That’s why, free-diving, surfing, mountain climbing, they are sports but not. Sport is duality. Sport is you against me. That’s why it’s a sport. But when you do a physical activity like free-diving, without a record to reach or a competition to win, this is not sport, it’s not duality, it’s harmony.

HM: What are your criteria for success?

HM: What does it mean for you to be a Сhampion for Рeace?

Words of Wisdom in Monaco with Delia Grace Noble

Words of Wisdom in Monaco with Ezio Greggio

Words Of Wisdom In Monaco with Mariano Vivanco

Words of Wisdom in Monaco with Delia Grace Noble

Words of Wisdom in Monaco with Ezio Greggio

Words Of Wisdom In Monaco with Mariano Vivanco