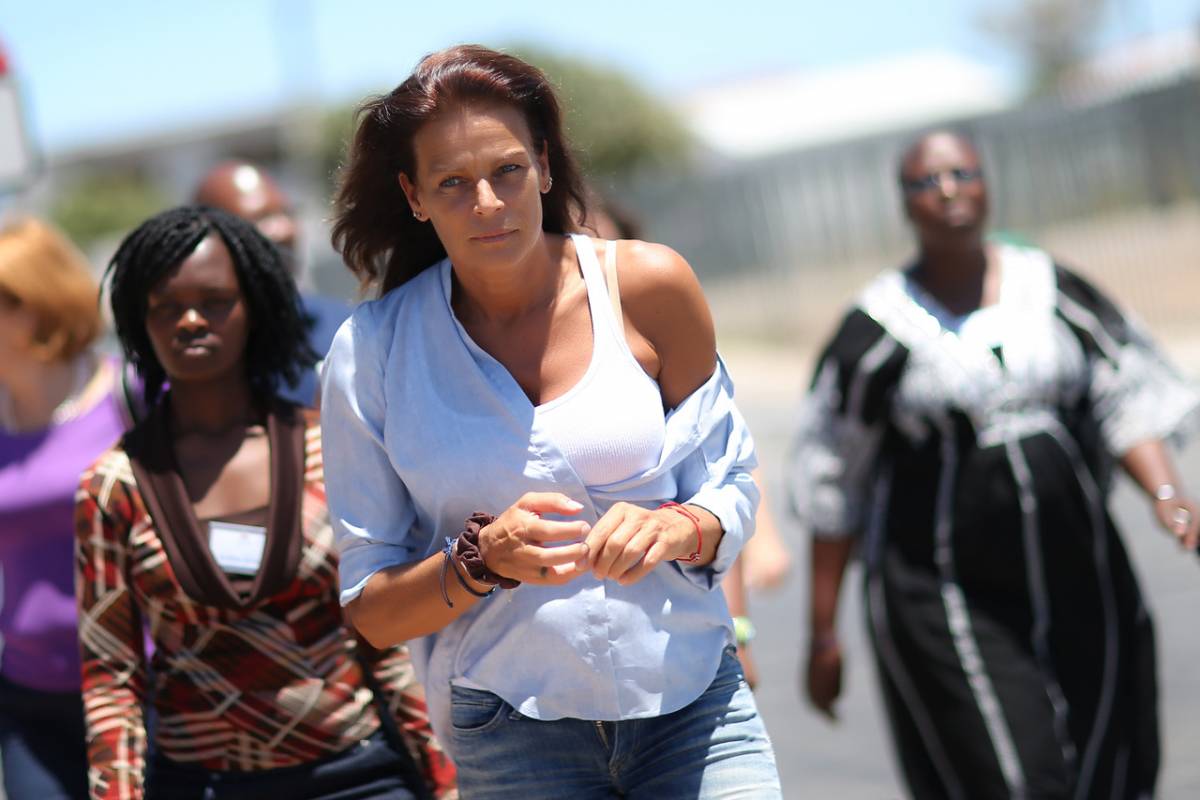 Prince Albert’s and Princess Caroline’s younger sister, Princess Stephanie (Stéphanie Marie Elisabeth Grimaldi) Countess of Polignac, was born in Monaco on 1st February 1965. 14th in line of succession to the throne, she is the youngest child of Prince Rainier III of Monaco, and Princess Grace of Monaco. Her maternal uncle John Brandon Kelly Jr was her godfather and her paternal first cousin the late Baroness Elisabeth-Ann de Massy was her godmother.

Just like the other members of the Princely family, Princess Stephanie was passionate about sport. While studying in Paris, she competed in gymnastics and won the Grand Prix de Gymnastique de la Ville de Paris in 1978 and 1979. Always curious to discover new things, Princess Stephanie has an impressive list of hobbies including swimming, water skiing and downhill skiing.

In the mid-eighties, she started her musical career and released her first single called “Ouragan” in both French and English. “Ouragan” became one of the most popular songs at the time and one of the best-selling singles in France, with 2 million copies sold. In 1986, Stephanie released the full album “Besoin” and the video for “Ouragan”. The single “Fleur du mal” from the same album, dedicated to Paul Belmondo, son of the famous actor Jean-Paul Belmondo, was a real success.

Fashion is another field of interest in which Princess Stephanie succeeded as a designer and model. She also launched her first swimwear collection called “Pool Position”. In 1989, Stéphanie launched her own self-titled perfume.

Another rich dimension to her life – a calling to help the less-fortunate. In 2003, the Princess founded the association “Femmes face au Sida”, known as “Fight Aids Monaco”.

In 2006, the Princess visited the United Nations high-level meeting on AIDS in order to present the report on Monaco’s contribution to the fight against the disease. Later this same year, she was appointed Special Representative for UNAIDS. Today she is a Goodwill Ambassador for this institution.

Four years later in the presence of Prince Albert II, she launched, an ambitious project, “The House of Life”, inspired by her trip to New York four years before. The establishment aims to support people living with HIV/AIDS in their daily lives and ensure psychological assistance.

Princess Stéphanie is the president of several associations, including Monaco Youth Centre and Princess Stéphanie Activity Centre, and is an honorary board member of the Princess Grace Foundation – United States. Stephanie is known as the ‘Godmother’ of the Prince’s Carabineers an institution she dedicates herself to supporting. She is also the president of the Théâtre Princesse Grace.

Princess Stephanie is the patron of the International Circus Festival of Monte-Carlo, which she regularly attends and currently is approaching its 45th edition (held at the Chapiteau of Monaco “Chapiteau de l’Espace Fontvieille”).